This is still for the pre-1.29 version of the game, 1.28.3 (you can choose to play it from the options in 1.29, but this requires intalling the mod to a different folder than the normal one). Has been made with all DLCs, but *could* work without them, though you will miss a lot of features (specially advanced governments if you don't have Rights of Man, and others for Random New World and Primitive reforms). The version was a bugfix but it grew to a total overhaul of native mechanics (the ones in South American and North American groups), also polishing strings and expanding gameplay and the custom nation designer. No more development for 1.28.3 is planned.

AND MUCH, MUCH MORE!

- Added many new governments, including five different native governments, and:
- Bureaucratic Labyrinth
- Administrative Plutocracy
- Meritocratic Diarchy
- Secret Society
- Heathen Anarchy
- Etc.
Each with their mechanics, strings, government names and icons. These can also recreate the game Naturelchimie, along with their custom religions

- Pretheist religions can form personal unions (This simulates tribes uniting and dividing due to intermarriage)
- Added more South American and High American military unit variety to choose tactics
- Changed some Harmonized bonuses, added missing one/s (could have crashed the game before)
- Added some missing rebel types for new religions
- Pachamama religion has Huacas estate
- Changed Religious Sacrifices pretheist decision so you actually sacrifice something for it instead of being an auto bonus
- Also, it increases your legitimacy/devotion/unity, but is not prestigious to others
- Native governments can now have "royal marriages"
- South and North American tech groups can no longer have Court Ideas
- Native councils now use Horde unity. This also encourages to Raze and Loot eachother's provinces, yet this is not very damaging because of migration.
- Natives have lottery elections on death replacing the boring "Native council" rulers.
-- This will make each Native nation to generate a random leader at game start.
- Hordes are now allowed to migrate if they have a single province
- Mesoamerican Cults can now have a Defender of the Faith. After all Aztecs were partly this to surrounding cities.
- Vietnam is a Sinic Monarchy
- There are now four types of native governments each with unique bonuses and maluses
- Halved "uncontested cores" penalty, overall dumb
- Inca formation error with prestige and coring fixed
- New Altepetl Empire, Vassal Altepetl and Independent Altepetl work like Shogunate mechanics for Mesoamerica near Aztecs
- Changed some nation's map colors which were confusing with bordering nations and/or sea color

- Too many positive and negative self-sustaining feedback loops make the game predictable, stale and boring. What if "sliding scales" gave bonuses and maluses towards equilibrium rather than sending you/the AI into irreversible upward or downward spirals?
... Now, Low Meritocracy makes advisors cheaper and high meritocracy expensive, which makes sense as you are investing more into advisors with merits. The rest of bonuses and maluses have been made more radical.
... Low Devotion makes building faster since builders are more pragmatic. Also increases tolerance of heretics and heathens.
... Low Horde Unity increases Manpower Recovery Speed, high one decreases it
... Low Legitimacy increases Spy Offence and high one decreases it. Reverse is true for Aggressive Expansion (AKA illegitimate rulers can be more agressive)
... Low Republican Tradition increases yearly Absolutism, Militarization of Society and Army Morale, while high one diminishes army morale

Known bugs/unintended behaviour:
- On all random countries setting, all countries will generate with either the basic Monarchy, Theocracy or Republic mechanic
-- Then they will pick a reform amongst available ones, usually the first days
-- This means that no country is generated with Native or Tribal government. This also disables migration mechanics and south american/north american primitive mechanic (andean and mesoamerican work fine since they depend on religion, not government)
-- The cause of the error is unknown as I don't remember exactly, but it is nearly certain that I myself changed something in order to make random world government type less predictable and ended up introducing this. 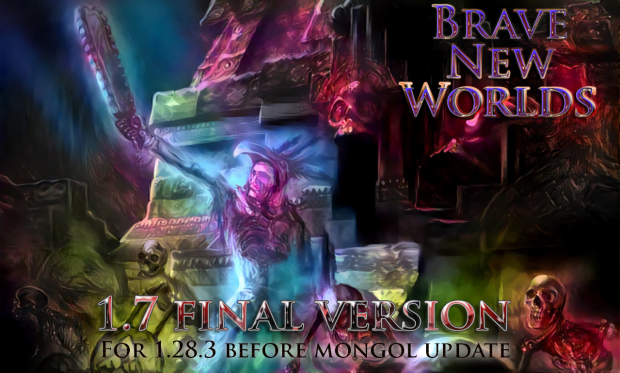 AnarchIndies Other with 5 members
Tags