New update to Age of Enlightenment! You may notice a bit of the jump from numerals from 0.7 to 1.4, and that's not without couse, as this version is an official update to the mp remake rather then the sp version. The reason for uploading it this way is that i have officially stopped working on the single player version, and instead all future AoE updates will be made of the mp build.

[General Changes]
-Army techs entierly reworked and all military units have been rebalanced
-Techs granting you diplo influence will also slightly buff artisan output
-Additional minor changes to the tech tree
-No more Yankee and Dixie pops, instead an anglo american culture is now present in THC
-No more Ukrainian and Byelorussian pops, instead an Ruthenian culture is now present
-Adjusted Naval Stats for all ship, likely a naval tech rework will be present in the next update, similar to the army tech rework
-Some provinces added in the azov area, around Crimea for better warfare there through SHAPE
-Treaty ports have been added, to both india and china
-Unciv cost for reform restored to 5000 on average
-Most of starting polish provinces have had their lr reduced, that can be restored through a decision
-French LR restored to 35 on average
-As replacement for Great and World wars, Continental and Coalition wars have been unlocked in late 1730s and 1750s respectivly
-Infamy reduction changed from -0.2 to -0.15
-Removal of most useless government types, i.e: Tsardom, Trade Monarchy, Merchant Republic, Archduchy
-Added Oligarchic republic government type, which serves similarly to semi-const monarchies. Most prev countries that started with the Merchant republic now start with olig. rep. government.
-the marchant nature of a government is now realised through a starting modifer.
-additional rebalancing for the faction modifiers
-Fixed loc/typos for few events and decisions, some inventions still remain unlocked (i'll get there one day abe <3)
-Switched up to the Vic Uni's trait system so credits to the makers of that mod, although the traits themselves where teaken from rileyo's dod mp mod so credits go to him as well (plus his mod is lowkey cool)
-Both THC and New France do not start released in the initial startdate
-New startdate added with THC and New france released, this was done mainly for mp convinience in case of a lack or a high amount of players
-universal assimilation system added, credits to nurse reno and his igor_puir mod, as the system was originaly made by him.
-initial migration to the new world has been nerfed in the first 3 decades
-Further Economic balancing done
-Colours changed for most european nations
[Flavor]
-Revolutionary paths added/reworked for France, Great Britain and The Commonwealth
-Flavor added for all european Gps, with the bigger focus being given to russia, france, gb, plc and ottomans
-oobs added for bengal
-Added events regarding the austrian succession war
-Liberal revolutions from base game reworked to revolve around the Enlightenment and generally not force the player to enact as many political concessions. 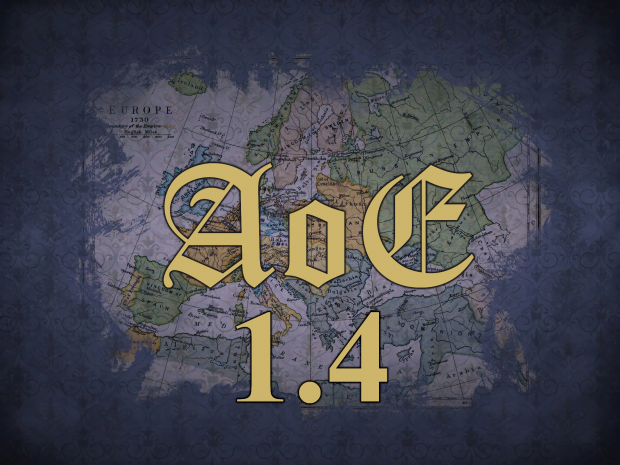 So does this new version have the updated Jacobite that you talked about earlier? What do I have to do to get the Jacobites restored? Is it a scripted event or do I have to let a revolt take over the country?

after queen annie dies u can get the event to go for the hannoverians or jacobite candidates (happens 1714-ish). as jacobites ur mainly can remake gb into an absolute monarchy, later if picking certain event options you can go revolutionary

Also I was looking through the files and it mentions something about a Celtic Union. How do I form that? Does it involve Ireland as the files appear to make it seem to be? (This is an add on to my question about the Jacobites here)

nope sorry, not a formable, must be some hfm/hpm leftover tag

why do you have to remove the old map

micro nations and 1000 provinces ain't really good for mp, and this is what this version is aimed for, doe we might bring back some meme rivers next version, particularly the don with danube also being planned. Not yet sure about missisipi

if u're confused about the general big changes compared to the last version, check the description for this one as i explain it there

if i'm portuguese, i have japan in my sphere of influence(+ good relations), can i get nagasaki province in this version?

it was removed, but i will make nagasaki into a treaty port most likely

could there be verison where you have this and old mmap for single player propose beause i loved the old map :(.

Hi!
I have a problem, or at least I want to know if its a problem.
I started playing as Moldavia, and then formed Romania. I have reached 2.0 million population and seem to have only 1 National Focus available and I noticed that it says "u have 0 population of accepted culture that gives you 1.0 Nation Focuses " . So why is that? Because as Romania, Romanian should be my primary culture group...

yeah it's a bug, thanks for reporting

So was the Development mechanic scrapped? Man I enjoyed that ngl

It was conntected to the whole new economic system so yeah, more or less it had to go

I have a problem, crashes when choosing armies, I know it is a vicy problem but I don't know how to solve it, could you give me a brief explanation to solve it?