HOW TO PLAY THE MAP:

To play Coastal Holdout 2.0 do the following:

3. On the main menu select "Squwanki".

5. In the menu that appears navigate to the unzipped CoastalHoldout2.0
folder.

7. The map will launch and the graphics will appear to be all messed up.
This is normal, proceed to the next step.

8. Press "Escape" to pause the game, then click "Resume" to continue the
game, this forces the game to "refresh" causing the graphics to now
render correctly. Now the map can be played.

In the map once the player has died and the high score screen has been
passed the map will restart returning the window to its normal 640x480
window size. To once again play the map at the 800x600 window size,
simply return to the games main menu and repeat steps 3 through 8. 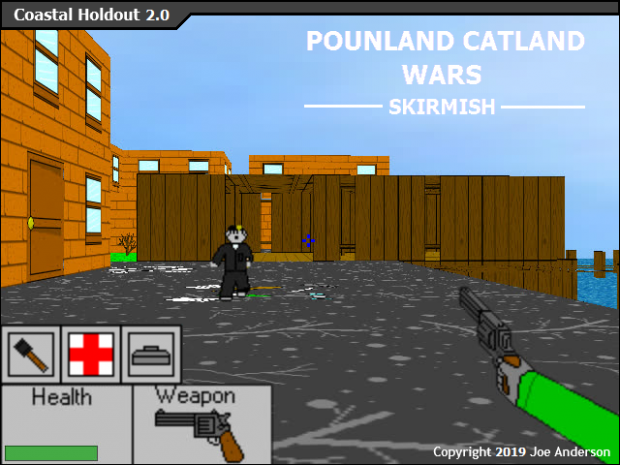