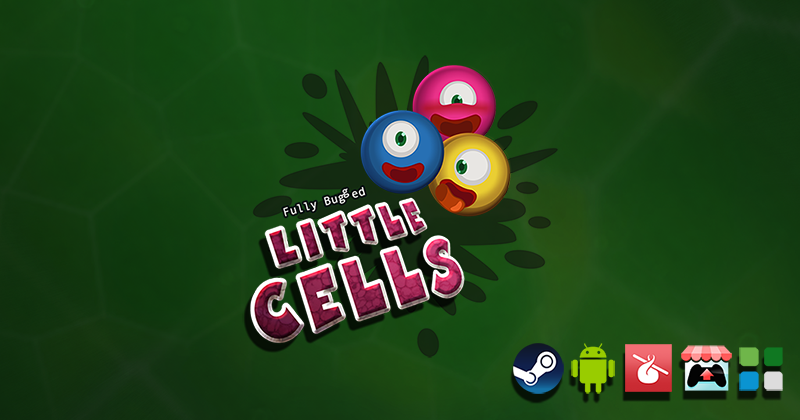 Developer:
Fully Bugged
Based in France

Look through a microscope and discover a small world made of ever expanding cells of 3 colors. Launch a cell against one of the same color to make them both disappear. Launch it against a cell of a different color and a new cell of the third color will be created.But beware! Cells are aging and become sick and dark. They might spread out and contaminate the whole system. Create white cells to help you cure this disease before it’s too late. Try to stay alive the longer you can and beat your score or your friends’ high scores.

Fully Bugged is a group French friends, and professional game developers, working for different game companies spread all around the world (Canada and Poland right now), and meeting online together during their spare time to create small indie games.

We are only working few hours a week, when our lives allow us to do so. It makes us slow and not very productive, but we're having fun and we're proud to always finish our projects and releasing them.

We started in 1994, Nicolas being the link between different project. Dstroy, a Bomberman-like Dos game was our first game released in 1995. Little cells is our second big one.

The game design idea of Little Cells started end of 2005, after the revealed of the of the Wii Remote controller and the WiiWare program announcement, Nicolas looked (a simple TV remote in hand in front of a turned of TV) for game ideas involving pointing motion control and one button only and thought of launching color cells, inspired by the 1990's game E-Motion (U.S. Gold).

A game design document was created and actually shown to his employer to ask if it was a potential interesting project. The answer was a "yes", but not interesting for the studio, so he can continue to develop his idea on his own if he wishes to!

Several years later (early 2009) and a Skype discussion with his friend Romain, they decided to make a game prototype. Like most projects, it started but didn't went far.

With more time on his hand, end of 2010, Nicolas made on his own a playable game prototype under the GameSalad engine. Convinced by it's potential, Romain decided then to port, improve, and finish the game using ORX, his own 2d game engine (see bellow). The initial target platform became the Apple iPad.

Despite the different moves in different country, game company, and time differences, both were able to work together 2 to 4 hours each Sunday on the game.

In 2013, Jerome, a common friend (who worked on Dstroy back then) joined the project to take care of the game's musics!

Little Cells was released a first time in September 2014 on PC/Mac/Linux, then a Steam version (with Leaderboard, Achievement and Steam Cards) was released in 2015. The Android version of the game is now available and is released this March 6th 2017.

If in 1995, Dstroy was a 100% Assembly coded game, Little cells is done entirely on Orx Engine created by Romain: it's an open source, portable, lightweight, plugin-based, data-driven and extremely easy to use 2D-oriented game engine. To know more about the engine, please check: orx-project.org 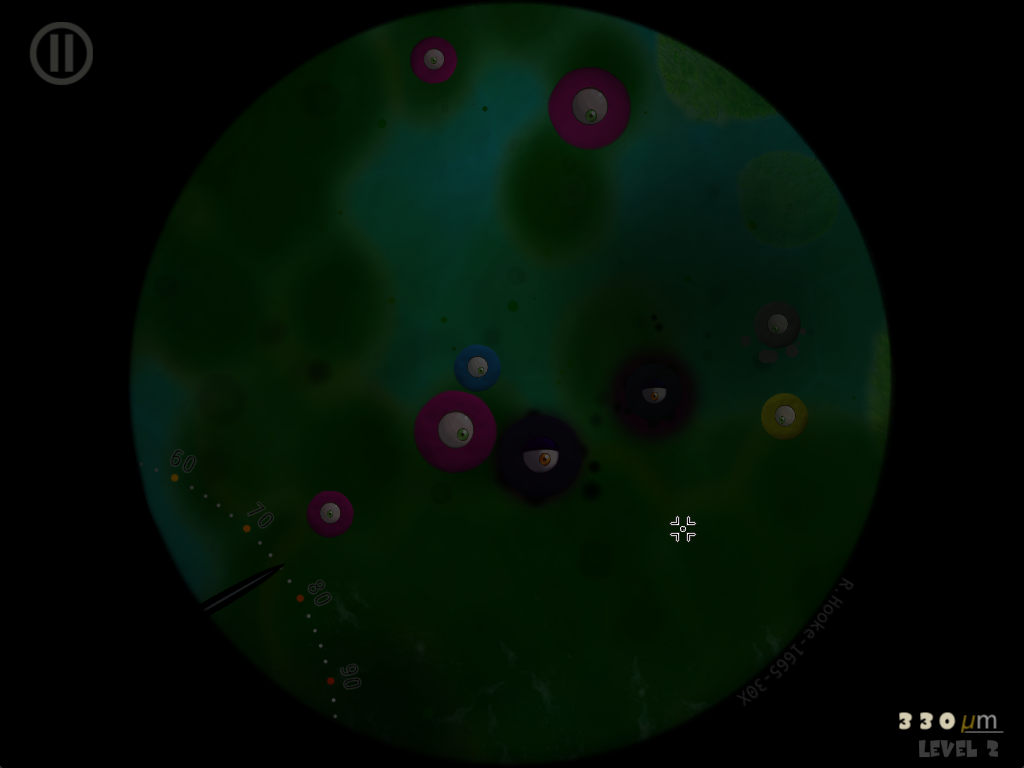 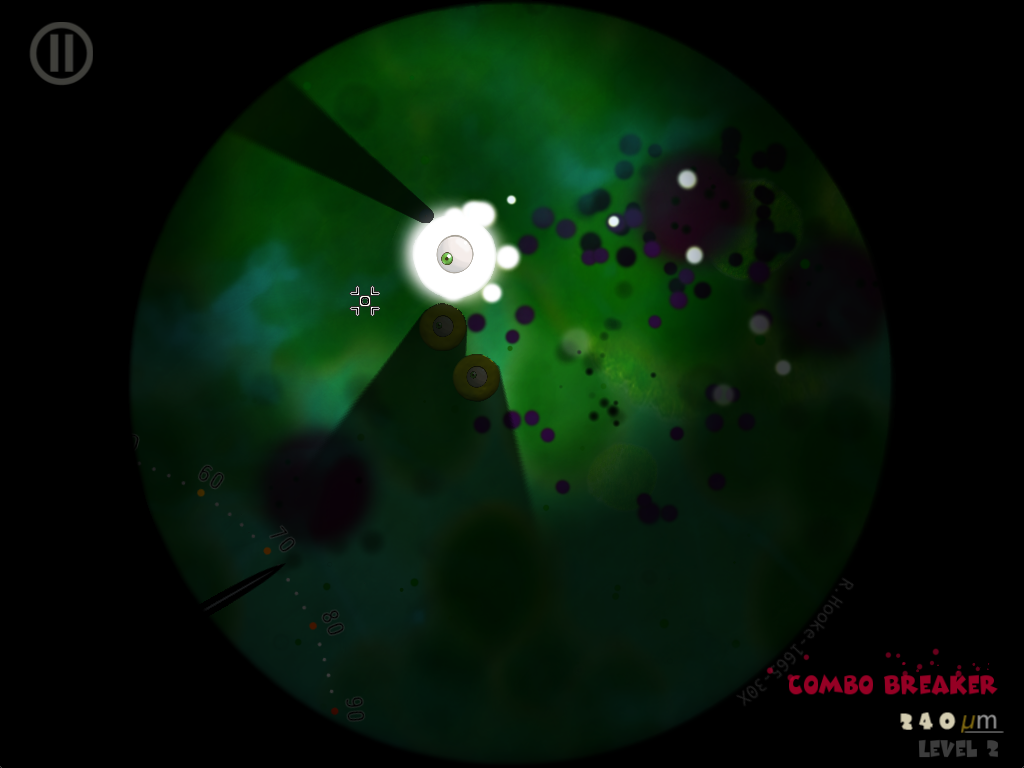 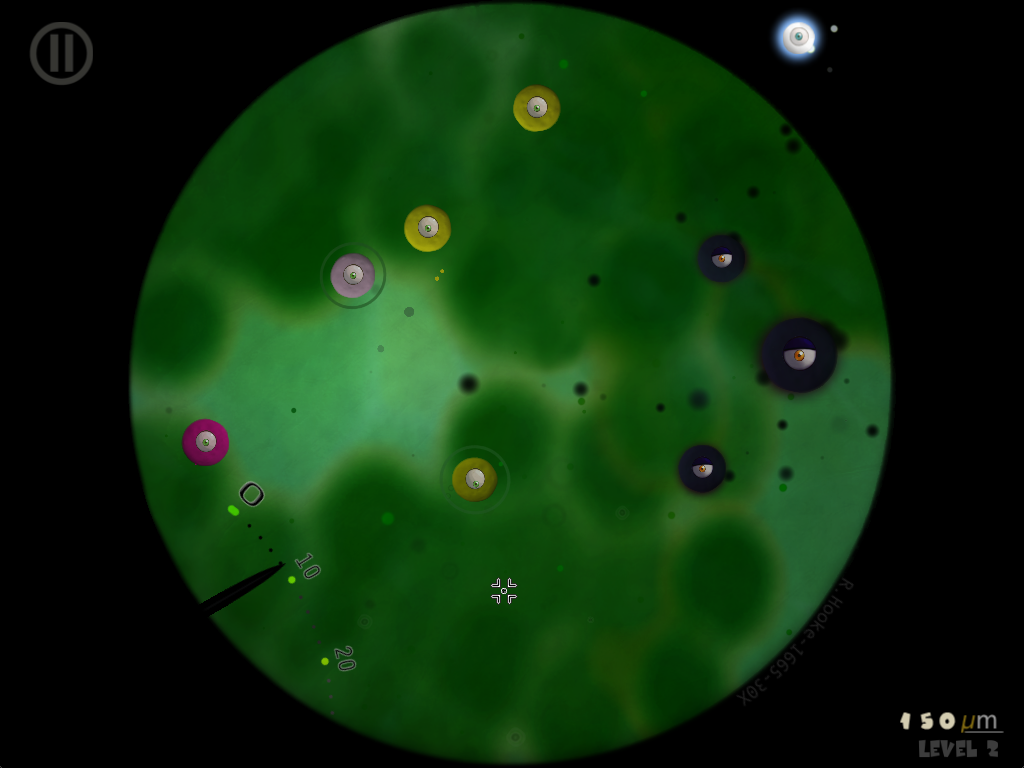 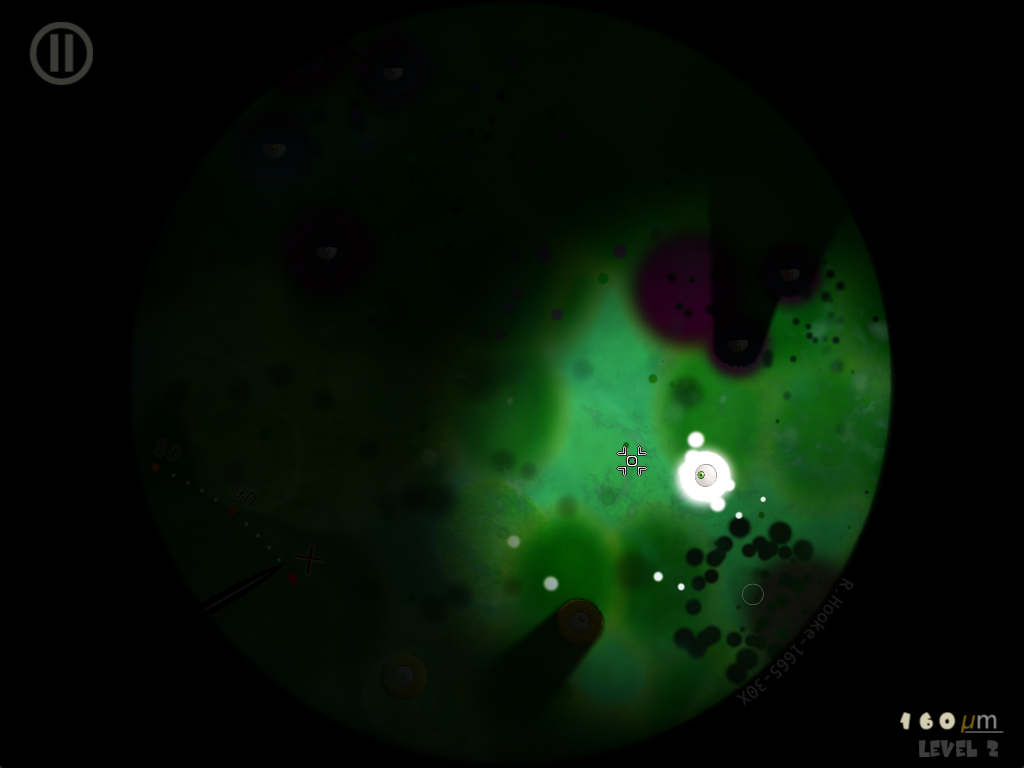 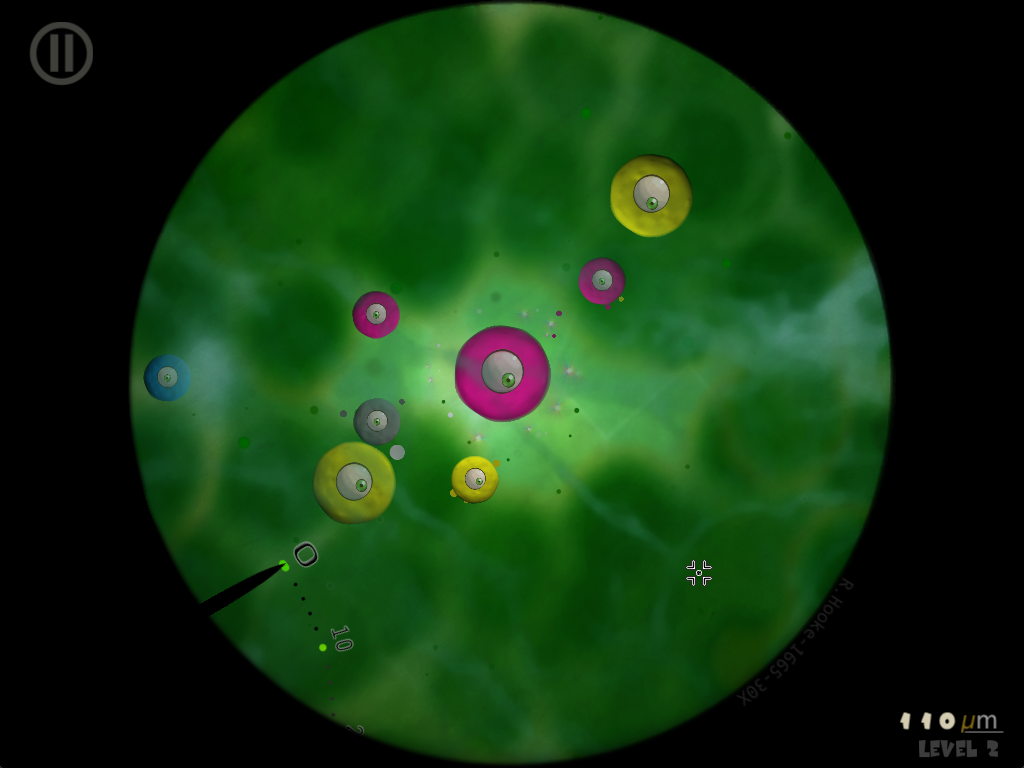 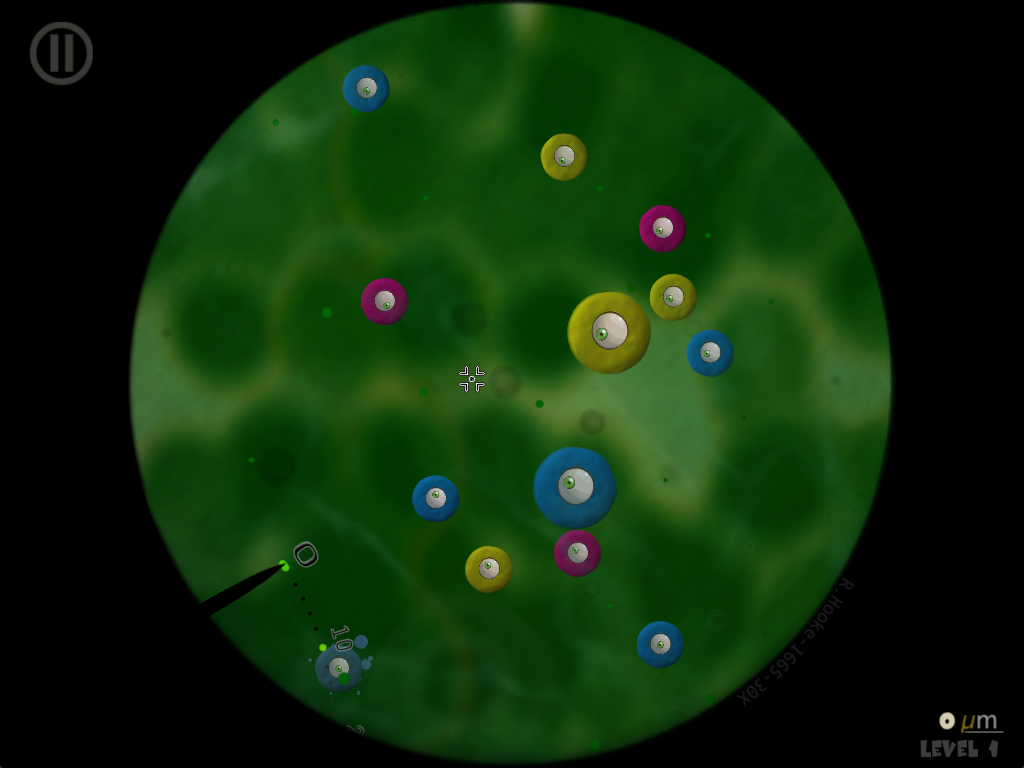 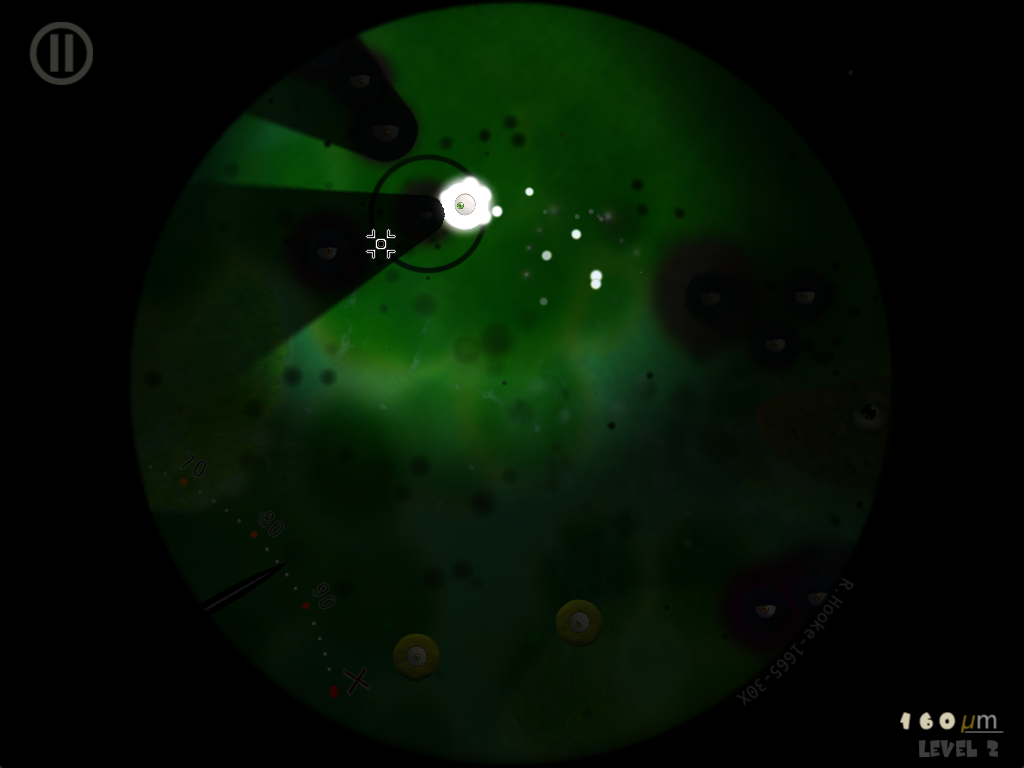 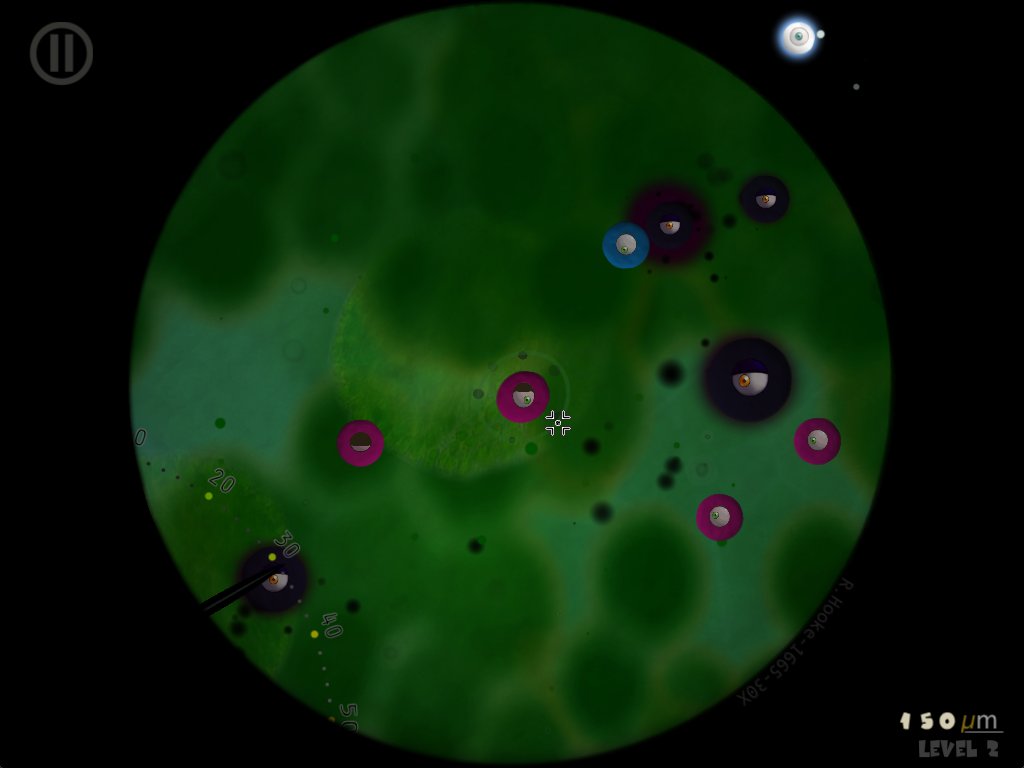 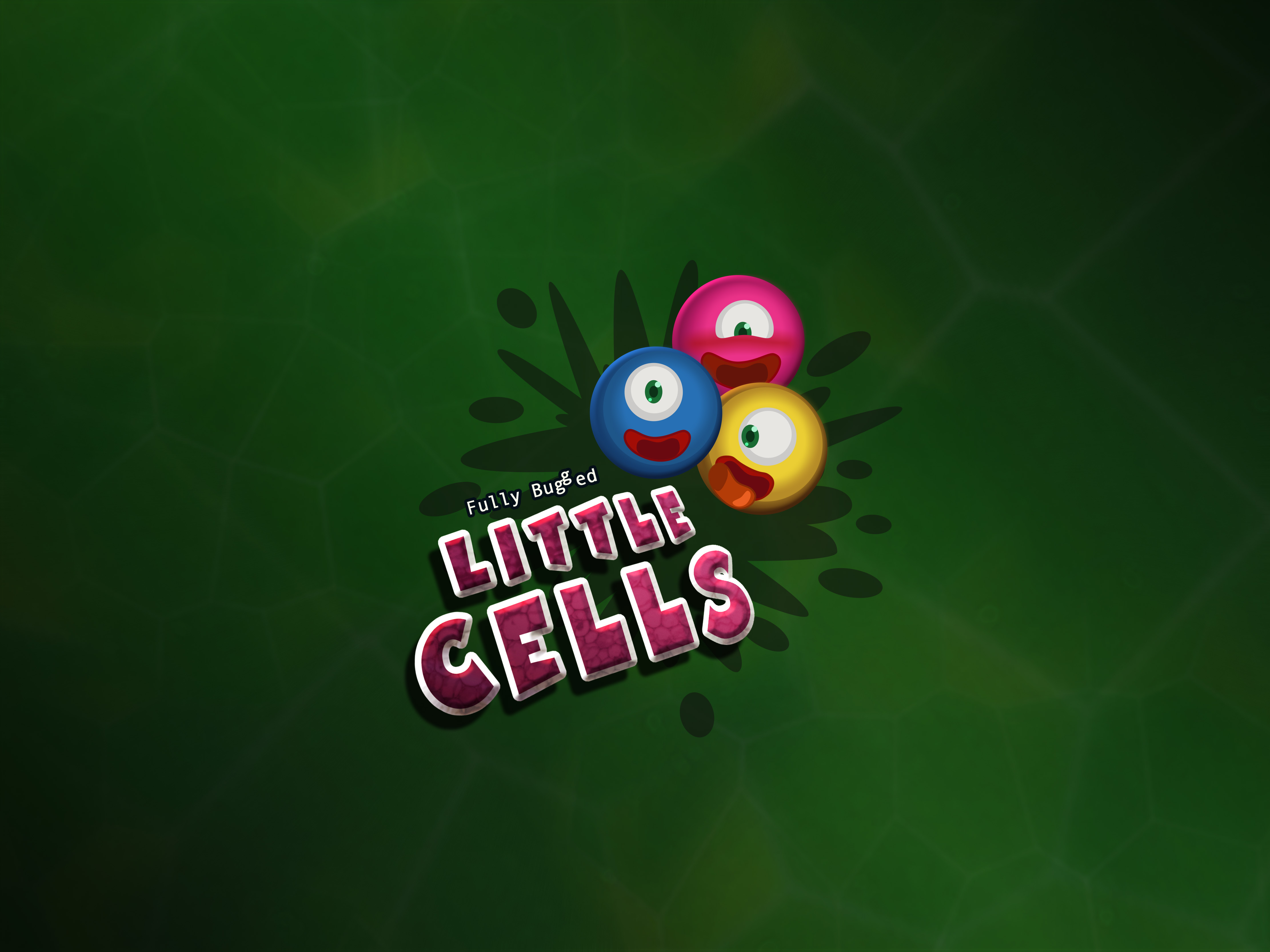 Fully Bugged allows for the contents of Little Cells to be published through video broadcasting services for any commercial or non-commercial purposes. Monetization of videos created containing assets from Little Cells is legally & explicitly allowed by Fully Bugged. This permission can be found in writing at https://www.indiedb.com/games/fully-bugged-little-cells/presskit/all.

Boilerplate
Fully Bugged is a group of professional game developers from different game companies all around the world, working together during their spare time to create small indie games.