A gentle introduction into the design of Tentacle Typer.

The first piece of advice when you descend from the peaks into the perilous lowlands of solo indie game development is to limit your scope. Your first game shouldn’t be an mmo. The oral tradition prescribes that your first game should have you moving a paddle hither and thither, intercepting motes of matter and propelling them skyward towards levitating brick walls.

Strictly adhering to this design gives you a decision at any given moment whether or not you move left, or right. Simple, easy. There’s wisdom in this design.

I decided to make a game about creative writing instead.

In such a game, at any given moment, you have the decision to press any key on your keyboard. This ups the complexity from 2 keys (left and right) to about 100 keys. At first blush this is untenable, but we can simplify things by only considering a deduplicated subset of “keys people write with.” letters, numbers, punctuation and so forth. Let’s call it 40 keys.

Players are expected to orchestrate a string of these key presses into a combo (called a word) and escalate these combos into ever greater onslaughts known as sentences, paragraphs, novels and so forth.

Typing games aren’t new, the traditional recipe is one of request and response. You are presented with a flurry of letters that you should mimic. In this system you really only ever have two options.

This collapses the complexity of your possible decisions down to something resembling a block breaker. However, a game about creative writing is not this simple.

When I was outlining the tenets of a creative writing game, it became clear to me that you needed to be able to write ANYTHING. How do you react and create interactivity when you always have at least every word at your disposal? 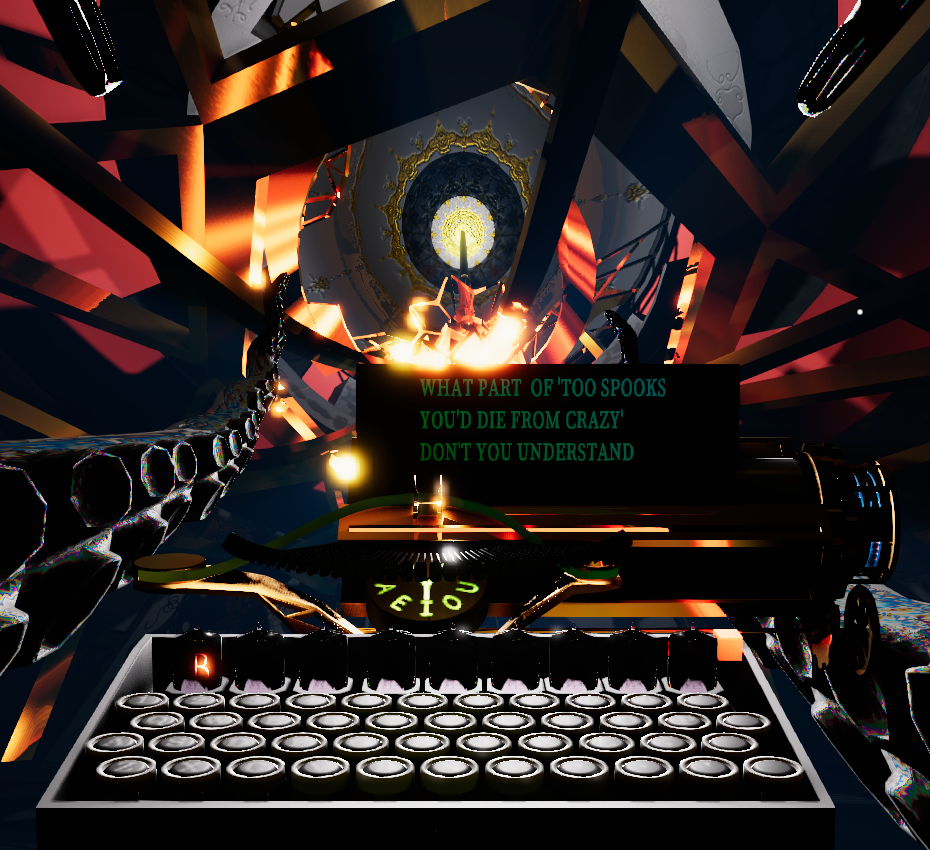 The direct approach is to do something like Scribblenauts and throw more human labor at the problem than I can calculate. The maximum toil I had at my disposal is very easy to calculate. It’s 1 determined human’s worth.

Even if I could exceed that, there is a fundamental incompatibility between such a design and my tenets of a creative writing game. A game like that presents you with a challenge (say a brick wall to pass or a key to acquire) and the words you can type to overcome that challenge is a relatively small subset, compared to the whole dictionary. It’s a lot of words, but it’s not every word. You’re always hunting for a recipe that the game is silently demanding.

So I just made it so you could type anything and if you did it near a challenge it would push a progress bar that “solves” the challenge. Tenet restored! Except with this approach, the game provides no distinction between writing and raking your face across the keyboard.

So place a dictionary between your typewriter and your challenges. “Hey that’s pretty opinionated” you might be saying. The dictionary is not an absolute arbiter of your progress, merely a throttle. Encouraging actual writing over asdljgnaosenawoehna seemed like an opinion worth having.

Solved? Not quite. In this setup, the player agency is pretty hollow. It’s still a progress bar. Words just happen to fill that progress faster than nonsense. So I escalated the concept. 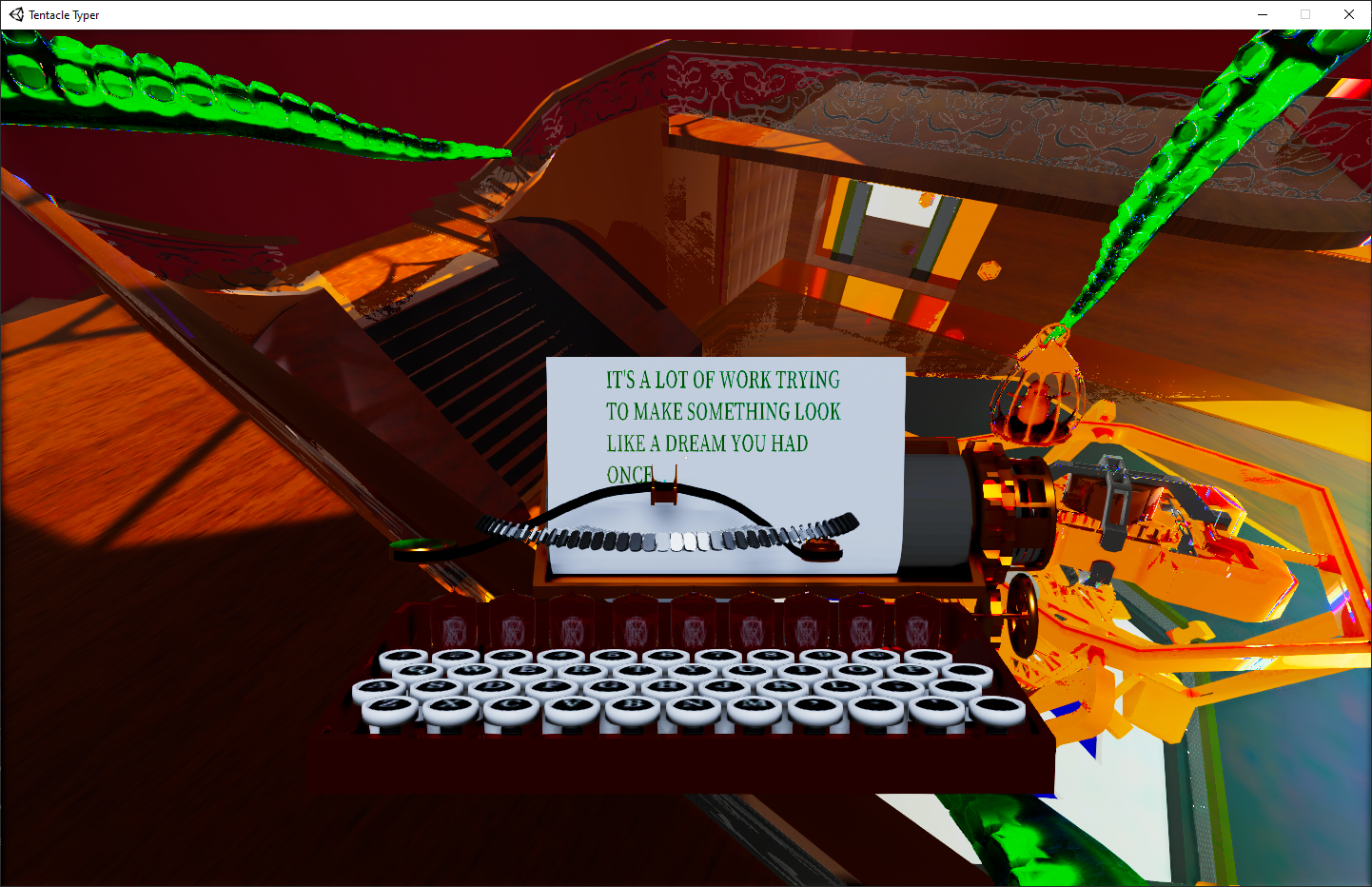 Tentacle Typer has a lot of different ways to make the game world react to what you write. It tries to react while minimizing the pressure to write specific things. To start, I added reactions that happen for specific words. Writing about the sun and moon and time controls a day night cycle. It’s pretty neat, but English has like half a million words. Getting enough coverage so that these events happen often to be compelling goes back to the same "limits of the things a single person is capable of" problem.

My only chance was to zoom out from specific words and respond to something more general. Next time I’ll talk about killing a rose bush with hate mail.