NOTE:Information extracted from internet, not mine.

This guide focuses on Survival Mode, on the standard NORMAL difficulty setting. Be warned.On the first day, you built your shelter and gathered your basic resources. It was close. On the second day, you ventured out from your sanctuary, braved the lurking Creepers, and gathered more resources, improved your shelter.Today's the third day.What will you do? 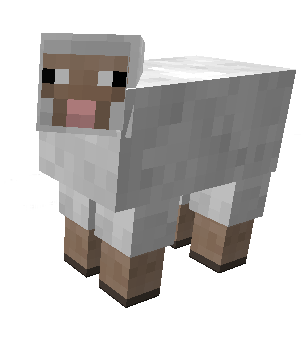 Now you've got a safe shelter. You've got resources, but you're not sure how long they'd last. You're not sure if your shelter is safe enough. Now it's time to build them higher and/or improve your house (Ex. Getting a sunroof). Or if you're adventurous, you can go find caves/dungeons/strongholds to fight monsters and/or finding ores to build more durable materials. If you don't like to go into the depth, you can just explore in the overworld and look for villages and temples. Try to make a few various farms, and use some redstone.Note: Since Minecraft is a very open and often personal game, you should decide what to do yourself. A whole bunch of gameplay methods exist at this point of your adventure, try doing different things and look for your favorite activity. 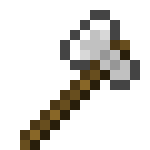 If you are still looking for a common path to follow, you had better get crafting. Use the list below as goals to help you progress ensuring you take breaks to enjoy the sandbox!Start a farm to always have food on hand.Start a mine down to the bedrock,go to level 11 if you know how to use coordinates(F3),create a mineshaft if possible, and stockpile ores.Make a mob trap and get resources (gunpowder, string, arrows, etc.)Craft upgraded tools all the way to diamond.Craft and wear armor at all times, working your way up to diamond.Obtain obsidian from your mine to build a nether portal, unless you plan on making one using water and lava.Travel from your home in search of the various types of food to add to your farm.Combat the creatures in the over-world while exploring the villages, ruins and biomes.Create a 1x1 hole in the wall of your house, or simply shoot through a door placed from the OUTSIDE, in a similar fashion to skeletons, to snipe monsters from your shelter.While traveling, collect the many resources yet to be encountered for the additional crafting recipes.Return to your home and expand your mine searching for dungeons, caverns and abandoned mine shafts.Construct your portal to the nether and travel there to collect resources while exploring.Return to your home and further expand it and craft new items.Seek out an Ender portal and travel to The End.This is a basic list of goals that can lead you on your path to experience the endless activities that you can enjoy on the way! 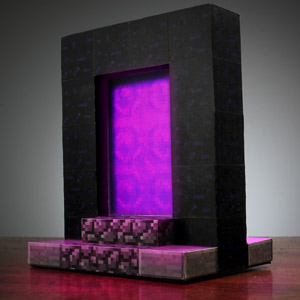 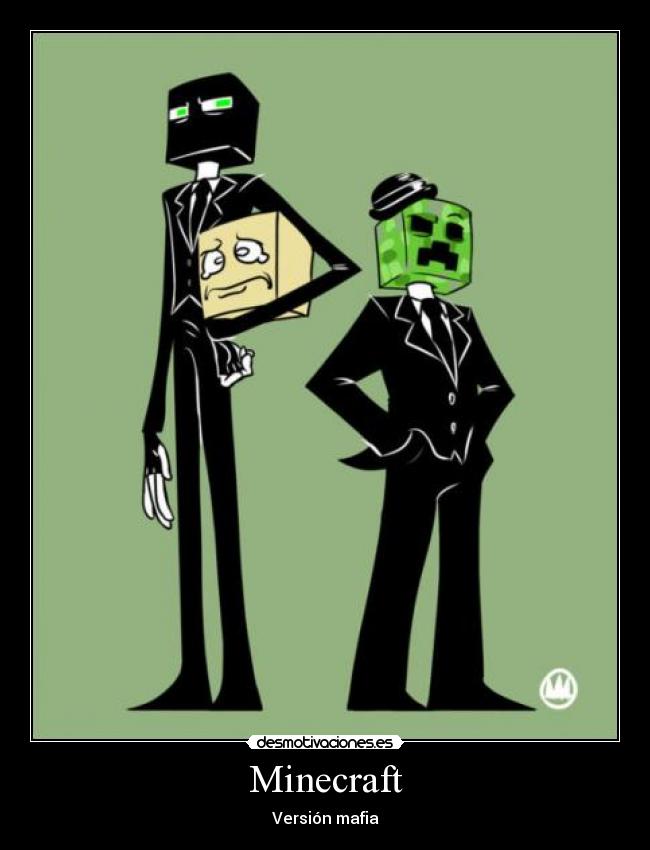 Before you even think about exploring, you should craft the following items:A bed, these reset your spawn point and skip the whole night without having to fend off monsters.Weapons(Stone/Iron)* Pickaxe(Stone/Iron)* ShovelFood (Cooked/Avoid Raw)Torches, they give off a light level of 14, preventing monsters from spawning in your house during the daytime, or nighttime.Place any unnecessary items in a chest. Any items placed in a chest will not be lost if you die.Optional: Clock. If you are in an underground shelter due to having no time to create a shelter with windows and doors, you can use a clock to see what time it is outside without opening a hole, risking a monster spotting you.Optional: Compass. This tool can help you find your way to the spawn point where you will have a flash back from when you started playing Minecraft for the first time and when you decided where you wanted to build your house and it will help you find your house when you are hopelessly lost.Optional: Map. This shows a top-down view of the area and can be more useful to find your way home than a compass.(*) If you somehow managed to craft higher level materials tools, it's not a problem. 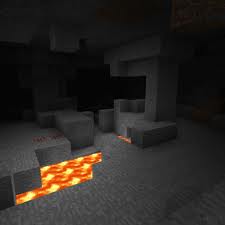 To avoid wasting valuable daylight time, search for certain landmarks, blocks, and formations. Things to look for include:Farm animals: Cows, Chickens, Pigs, Sheep: You'll want to use wheat, seeds or carrots to round up at least two of each kind you see, and fence them in for breeding. Later you can collect any you're missing from neighboring biomes. In particular, if there are wolves about, you want to round up some sheep before the wolves clear them out of the area. It's better to put the animal pens some distance (36 blocks) from your home, so you won't be bothered by the noise.Wolves or Ocelots: If you see either of these around, tame a pair and breed them a bit so you'll have them if you need them. As with the farm animals, probably best to keep the spares at some distance from your home.Miscellaneous Plants and seeds: Seeds come from breaking tall grass. Even if you don't want to make a full farm yet, use a hoe to till some ground near water, and plant a few for leading and breeding animals, and eventually making bread. Sugar Cane, Pumpkins, Cactus, and Cocoa Plants can all be found in appropriate biomes. (Dungeon chests can provide seeds for pumpkins, and cocoa beans, but they're not the only source for Melon seeds. You can craft them too by putting a pumpkin into the crafting grid. Each plant has different needs for farming; see the Tutorials list for more details. In all cases, once you get a solid farm going, you'll have an effectively unlimited supply.Cave entrances: Good places to find coal and iron ore near the surface, and perhaps better stuff further down. They may lead into larger networks of caves. Be cautious in exploring these, see various tutorials for tips.Ravines and shafts: Make a waterfall with a water bucket to get down into these safely. These can give easier access to deep underground levels, where you can find gold, redstone, and even diamonds. Ravines especially are almost certain to open into more caves.Mountains: Besides being landmarks, mountains may contain caves, even a path to a cave network.Fire: Fire is an indicator of either a burning mob or something flammable. The only 2 naturally occurring sources of fire are lightning or Lava. (Undead will burn in the sun, but won't set other things afire.) If it isn't storming and you happen to have a bucket, by all means check it out. A conspicuous lack of trees in an otherwise heavily forested area (clearings in a rainforest, for example) can indicate the same thing.Beaches: Beaches are a source of water, sand, clay, sugar cane, and the occasional Cactus. If you have any need of these (though cacti are better found in deserts) a beach is a good place to look.Dungeons: Repeated appearances of one type of mob, or collected drops of same, likely indicate a cave entrance or even a Dungeon nearby. (If the drops are wool then instead there are likely wolves nearby. Also sheep, if you can get them before the wolves wipe them out.) Square, even, dry basins on the ground may also indicate a dungeon beneath. The dungeon itself will have cobblestone walls, chests, and flooring including Moss Stone. Beware, however, as there is almost always a Monster Spawner guarding the loot. These will spawn one of Skeletons, Spiders, Cave Spiders or Zombies. You can also find Chests in Abandoned Mines, or (eventually) Strongholds. Most dungeons can easily be converted into small mob farms for experience and drops. If, when exploring an abandoned mineshaft, you see a room full of cobwebs, watch out! This is probably a cave-spider spawner—approach with extreme caution! (Note that these aren't dungeons, and won't have the treasure chests.) Unlike dungeon spawners, cave spider spawners are probably better destroyed (use a pickaxe).Floating Blocks: Sometimes off of high hills, a small clump of dirt or stone can be seen floating in the sky. This was originally a glitch, which Notch decided not to fix. They're useful as landmarks.Lakes: These can be used as landmarks or handy water sources . Also useful if you are on fire, as stepping into water will put out the fire.If you happen to come across an NPC Village, do take advantage of this. Your first priority should be to build a fence around the village (to keep out wandering mobs), and place torches to light up the area, especially inside buildings. You may also need to place stairs or blocks so that villagers can get into houses, due to bugs in village generation. Likewise, fence off any cliffs, cave entrances, lava pools, or similar hazards, as villagers are very stupid and prone to killing themselves off or getting trapped in caves. Even after doing this, you will need to defend the village from regular zombie sieges, but your preparations will hopefully keep creepers from joining the fun and blowing up the town. (It may help against sieges to break down the doors and replace them the other way around—that is, flush with the outside wall.)Having secured the village against rapid extermination, you will find many resources within, ranging from crafting tables and pre-built wheat farms, up to chests of treasure up to and including Diamonds. You'll be able to trade with the villagers as well. 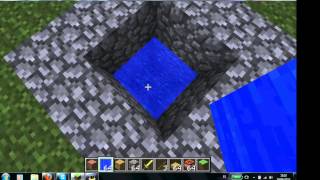 On your first night, players must have a shelter before the sun goes down, otherwise build strong tools in time to combat the enemies relentlessly hunting the player down, or get to a place where the enemies cannot reach the player. Although, no matter what precaution is taken, there is always some strange possibility that a Creeper could get inside any shelter and blow everything up. This could open a few opportunities to expand. 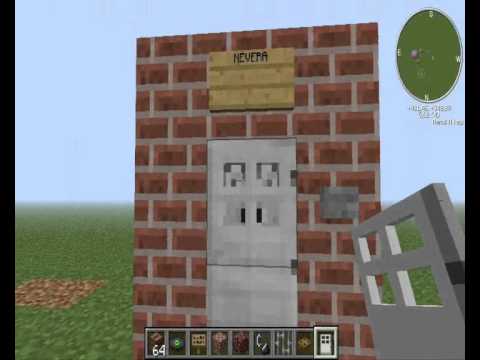 Although building your shelter out of dirt and wood may seem convenient, easy, and simple, it is not safe, so is certainly not advisable. Once you have enough of it, completely rebuild your shelter (only if your shelter is above ground, and rebuilding the design is not necessary) out of a stone material, preferably cobblestone. If you do not have enough cobblestone, either try and find some lava so as to build a cobblestone generator, or take the construction in steps until you have enough. Rebuild the walls first, then the roof. This is to improve resistance to Creepers first.Consider building a safe room, which is a simple room underground with a bed, a chest full of food, a bow and arrows (and/or a sword, if you have no bow or arrows), and a door opening. This is so 1- You can sleep through the night, minimizing monsters, 2- bring your health back up and keep it up, and 3- kill off the monsters keeping you in.This is all in case a Creeper blows up the side of your house and monsters come flooding in. 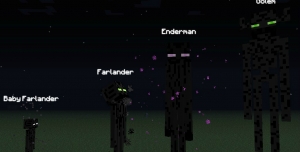 The first thing to do is check the time of day. If you're planning on lots of work, make sure it's morning. A good idea is to renovate. This is because unless your base is underground, hostile mobs may spawn and attack you. Expanding requires you to expose yourself to the outside.Choose a good technique for your extension. A good idea for your early days in Minecraft is cobblestone, for obvious reasons. Any form of shelter should be as strong as possible.An alternative would be to dig your base deeper, possibly collecting ores you may come across along the way.Many players also choose to start a mine from inside their shelter (that is, start the initial shaft or stair from a convenient indoor spot). This will allow you to mine through the night without danger of mobs coming in. (If it's a stairway, you'll want a fence gate at the entrance.)

After any taken paths of this Minecraft day, progress to the more advanced tutorials.