So, back them I had a small problem wtih saves, all the Katawa Shoujo variances saves gets in the same folder (AppData/Renpy). There was no problem , but since I was using 2 versions of the pre alpha the saves conflited and it probably fucked up all my other saves...

Also, this method works with any game that uses the appdata to store saves (Minecraft <1.5.2, Terraria, etc) if you want to do... whatever reasons you have (this is to avoid conflits)

Here is what each Katawa Shoujo game do:

Have it's own folder, but uses a different engine

Well, if you're like me you will play both versions (leaked and updated). Well, you should only play the updated one and get the leaked for the music.

The other folders I have are for other stuff, such as .rpy files, a program a friend of mine to translate the mod, and etc.

Now let's get to the tutorial!

For this tutorial I will use KS Open Source as example.

First off, create a notepad file anywhere (Since KS is on program and files you can't edit a notepad there) and put the following:

set APPDATA=D:/blabla/example is the directory you want (Save anywhere that isn't near you disk folders, for my case I will use the downloads folder, because RenPy can't make saves on these directories). so for example, on my situation it will be like this:

(Renpy/Python will create a folder inside KatawaShoujoSaves\Open Source called renpy, but I just do like this for organization and to not conflit saves. If I created a directory for KS Pre-alpha, it would be like this: KatawaShoujoSaves\Pre Alpha )

And on the part renpy.exe it's the launcher of KS open source, so you can select the mod you will play. For example, if you are going to use the normal KS it will be like this (on my case):

(Be sure to rename Katawa Shoujo.exe to KatawaShoujo.exe , so batch can run the game perfectly fine).

Now save that notepad as a .bat file, and put on your game folder. Since I am using Open Source as an example, it will be like this (I put the name as "launcher"): 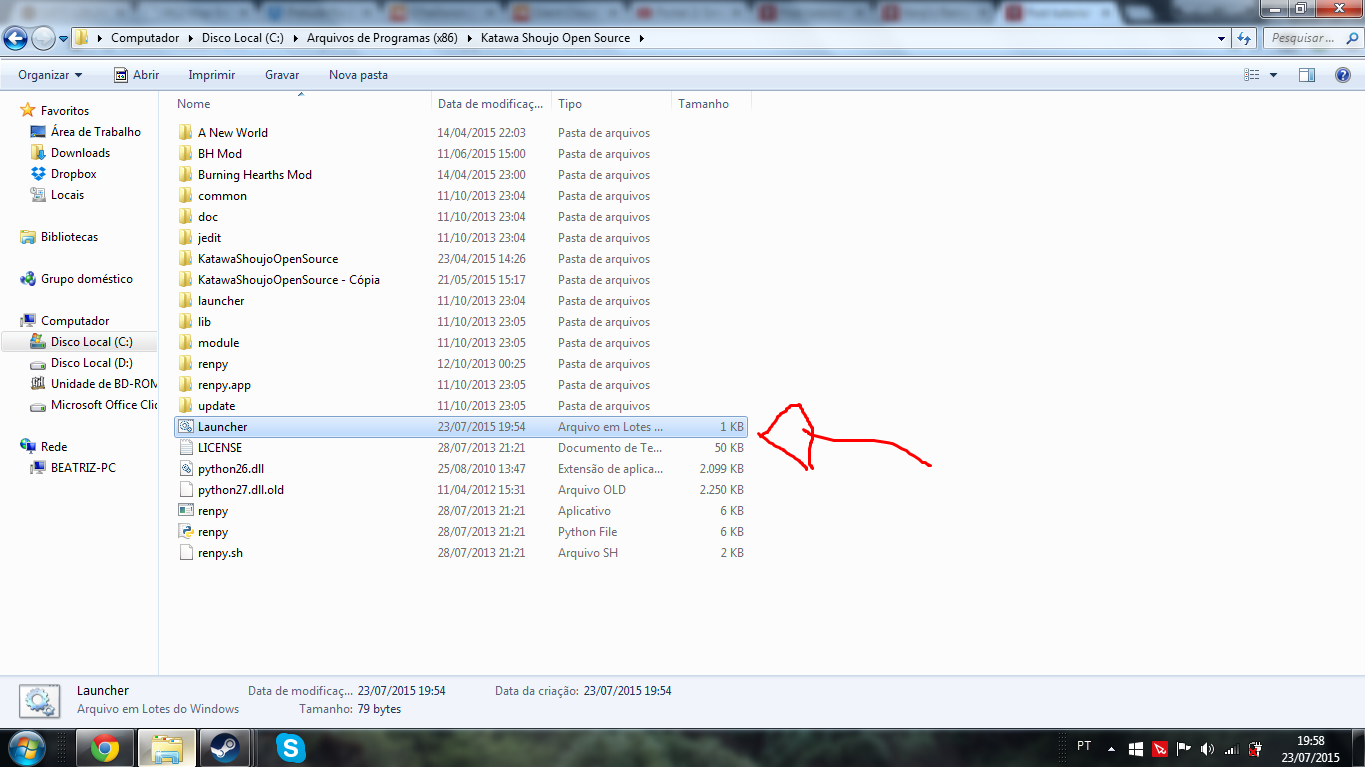 Well that's it fellas :D remember to do this if you have more than 1 variation of KS. If you only have the game and KS Open Source you probably don't need to worry about this, but just in case.