Players with the same goal can form a guild to play together. As the guild levels up, more guild related functions will be available.

Players with the same goal can form a guild to play together. As the guild levels up, more guild related functions will be available. 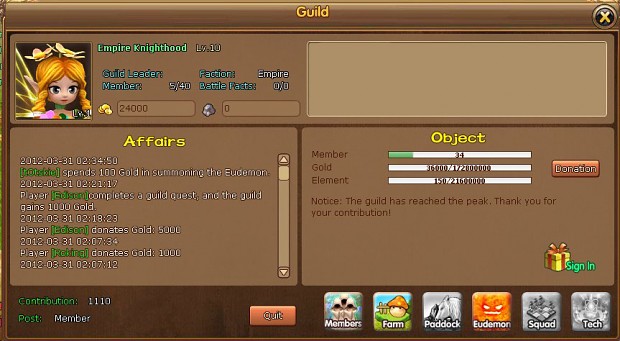 Guild Farm Players can put unused pets in the guild farm so they can gain experience fast. 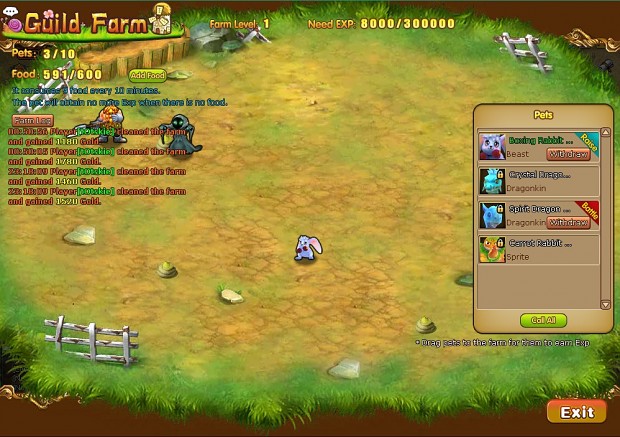 Your pets in the guild farm will keep gaining experience continually if there is enough food no matter you are online or offline, but the amount of experience depends on how long the pet stay in the farm. Each time players place their pets, they have to pay to help level the farm up so that more pets can be held.

Guild Eudemon Every guild has a unique eudemon. The eudemon is very strong. As long as you summon the Eudemon, it will fight together with you for one hour. The cost to summon the eudemon will be used to level the eudemon up so it can be more helpful. 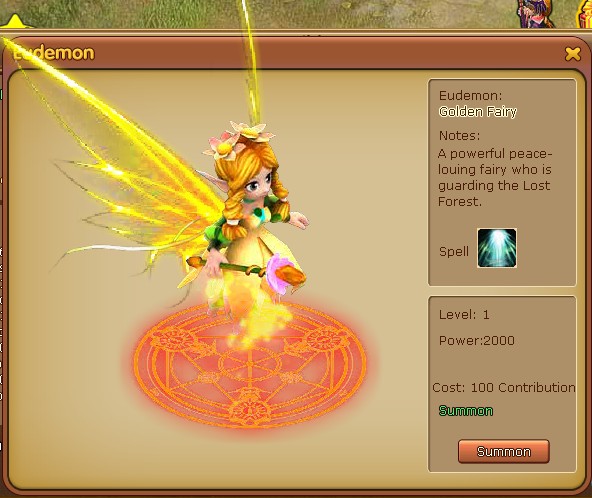 Guild Squad The squad is a symbol of guild’s battle effectiveness. If only players put their pets into the squad, they are eligible to take part in the Faction Wars and resource battles. 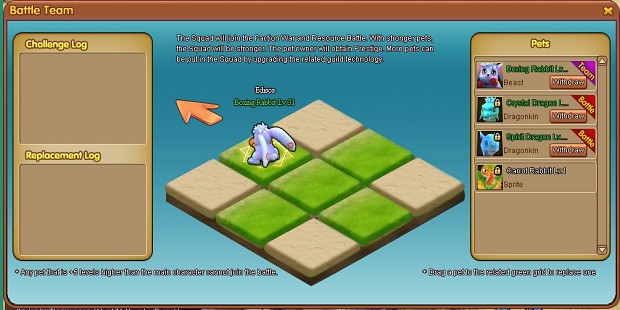 Guild Technology Guild technologies can enhance guild functions by a big margin. Apart from guild level, the guild technologies are another important factor affecting the guild’s overall strength. The technologies can directly increase the gains of guilds and guild members from the farm, territory, resource deposits and guild war and enhance the guild mounts. Only the guild leader and elders are qualified to upgrade a technology at the cost of guild’s Gold and/or Elements. Don’t forget to donate more to make level your guild faster! 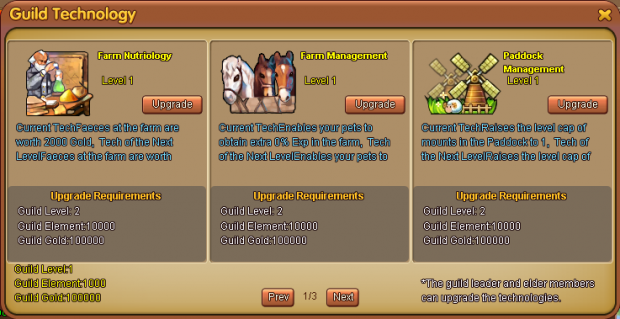 Guild Upgrade Open the guild interface and the guild upgrade requirements will be shown. They are the number of members, guild Gold and guild Elements. Guild members can donate limited Gold and Elements each day. When the three requirements are met, the guild will level up automatically. As soon as the guild levels up, more advanced technologies can be studied, more members can be accepted to the guild, and the guild’s Eudemon can be leveled up further 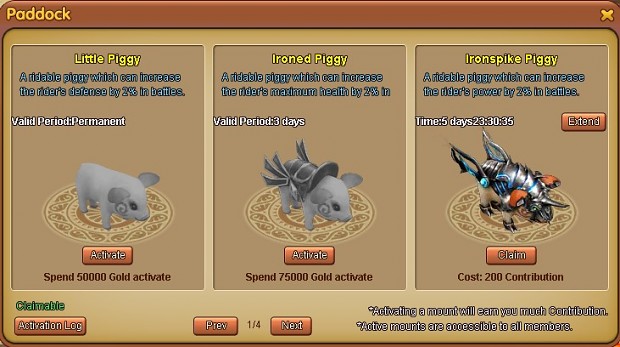 There are a variety of mounts, including common mounts and flying mounts that cost Vouchers.
After activated, some mounts will always be available, whilst some will only last a limited period of time but you can extend the duration of such mounts. To claim a mount, you must spend some certain Contribution points