The reason of writing this article is that there is little to none information about compiling 3D textures for Source on Valve Developer Wiki. The only phrase I could find there about volumetric textures is something like "Usually you don't need them so forget about this feature."

But it's not immidiately clear how to compile such texture into Source. VTFEditor won't help you with that, moreover, it may corrupt your texture or render it with artifacts so forget about VTFEditor at all - we are going to work with vtex.exe only. 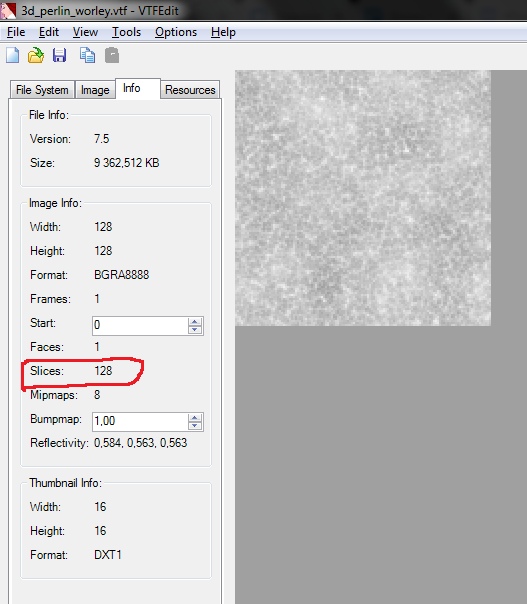 An example 3D texture we use to build our procedural clouds.

1. It is supposed that you already know how to create a 3D texture. Tutorial won't cover the process of creation it, but it's not hard, more like just time consuming.

where yourfilename - is any name (but make sure the name is not too long, because vtex.exe has limit of 2048 characters per line and if you try to compile high amount of layers it may fail to process compile command if you specify all file names in it) and x - is a frame number (starting from 0). NOTE: amount of layers must be power of 2 as well!

3. Go to materialsrc folder of your mod (if you don't have this folder - create it), create some subfolder in it, for example 'volumetric' and put your .tga layers there.

4. Create a .txt file with the name of your 3D texture (without _zxxx stuff) where you need to write:

where n is amount of layers.

NOTE: you can also specify each filename if you really want to. It will look like this:

in other words, put all filenames of your layers there and make sure you don't have spaces between commas and file names. But it may not work with older versions of vtex.exe.

It's very important to turn compression off or 3D textures might not work correctly. NOTE: for some reason, vtex.exe compiles textures with BGRA8888 format instead of RGBA8888. Keep that in mind!

6. Go to game-you-modding bin folder (for example Source SDK Base 2013/bin) and find vtex.exe. For better usability, make a shorcut of it in your materialsrc folder with .tga's and .txt. NOTE: I suggest using CS:GO's or Insurgency's vtex.exe instead of Alien Swarm's one since it is more up-to-date and faster than ASw's mess.

That's pretty much all of it! Hope this tutorial was useful for you and happy volumetring!

The following images are our results of procedural clouds generated from 3D Perlin-Worley noise in realtime. 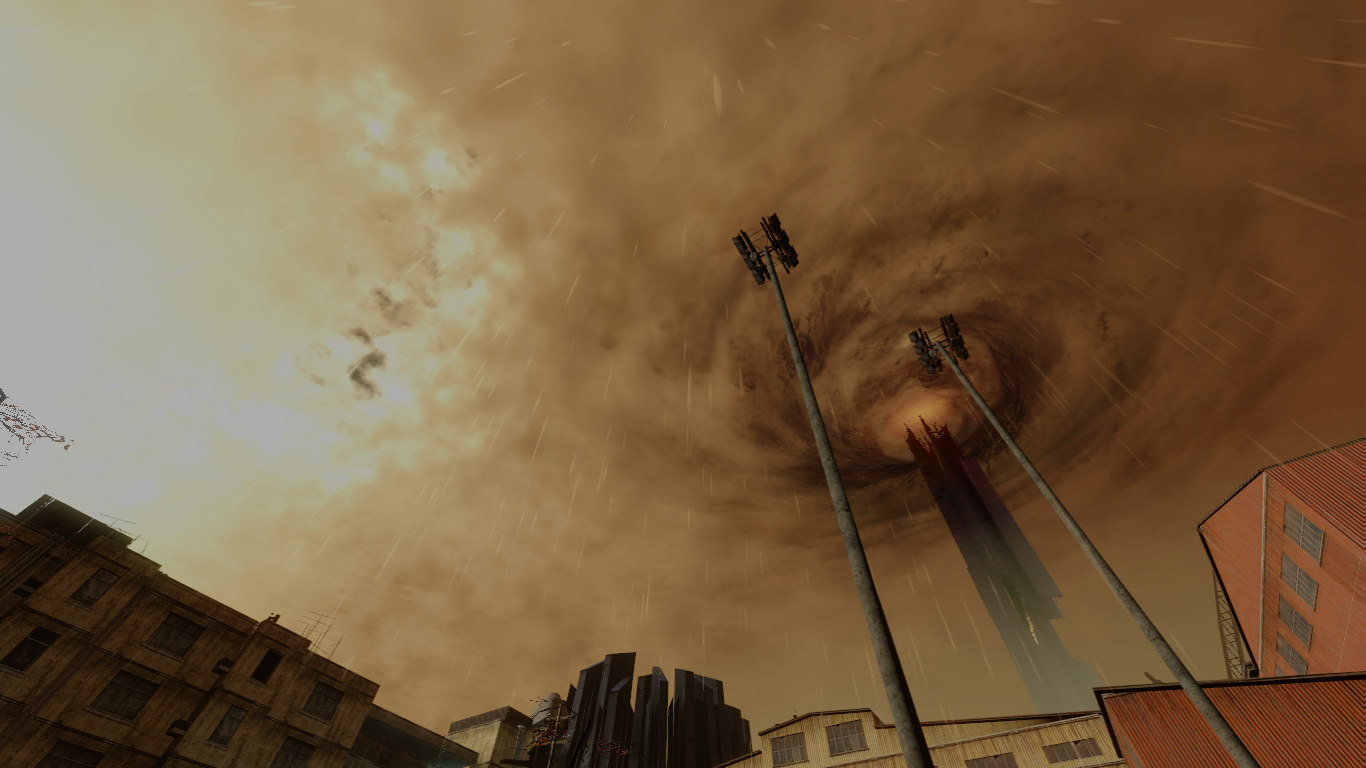 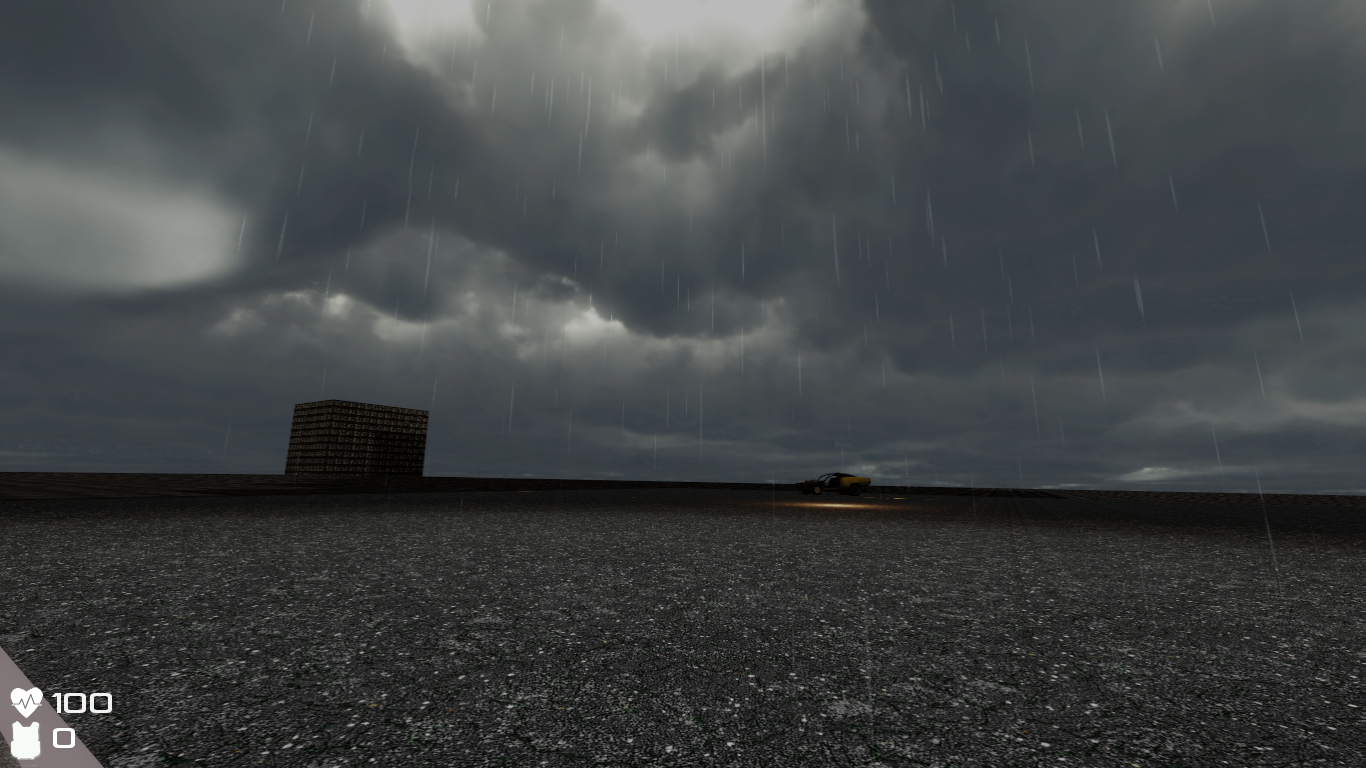 Wonderful work, keep it up!

Holy **** that Sky Retexture gives me the impression the Citadel Fire itself is burrowing a hole into the Ozone Layer.

Can't wait to see how you interpret that monolith exploding!

"The reason of writing this article is that there is little to none information about compiling 3D textures for Source on Valve Developer Wiki. The only phrase I could found there about volumetric textures is something like 'Usually you don't need them so forget about this feature.'"

Why not add this information to the Valve Developer Wiki in this case? I'm pretty sure anyone can contribute to it, as I have done in the past.

this is so cool, trying is out to get it to work, think Codeproject.com