Gameleon makes adding objects and NPC’s to your map prototype a very simple and rapid process. One of the key features of any game is the player’s interaction with world objects: NPC’s, enemies, monsters, allies, treasure chests and more. In Gameleon, adding new objects and defining their look and function has been made easier than ever.

All you have to do is select the "add object" option and click anywhere on the map. You can only add objects in the areas that are already defined by a polygon. 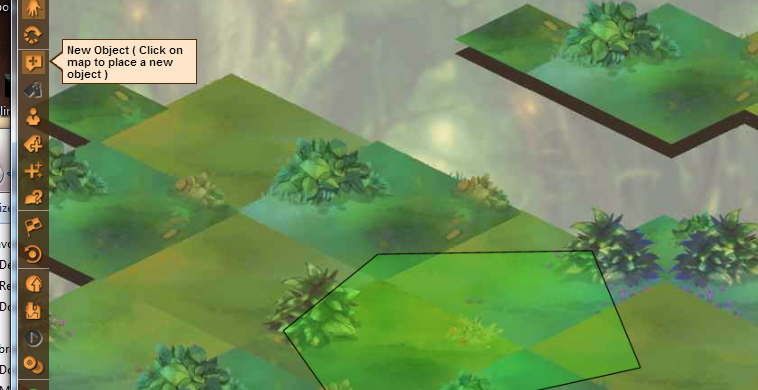 The Skin Editor
The skin editor is the place where the magic happens: this interface allows you to drag and drop image files for each animation or “stance” of the object, and you may add any number of stances to the object skin. Isometric (2.5D) skins also feature angles for each stance, giving you the opportunity to create a rotatable or multi-faced monster or isometric object in the game. We used this feature extensively when re-creating a level in Diablo 2 with Gameleon.You can get a hold of these skins either by drawing them yourself or exporting them from 3D modelling software like Blender.

Objects don’t only have looks, of course. They also have smarts – the Gameleon object properties system, where you define a lot of functional aspects of what you’ve just created. For starters, you choose whether it’s NPC (monster, enemy, quest giver) or item (such as a treasure chest, a doorway, etc).Afterwards, there’s an entire list of properties to fill in and customize – dependent on specific attributes you have created for the game prototype. Shown here is a snapshot of the editor featuring our game’s (BugTopia) attribute list, which includes hit points, rotation, speed, attack, resistance etc – but your game or prototype will have a populated list specific to your idea.

Also in the object mode you’ll find the Path tool, which allows you click away and create nodes on the map which are then connected to create a pathway. These pathways can then be attributed to objects and you can thus create roaming monsters, patrolling guards or moving clouds. 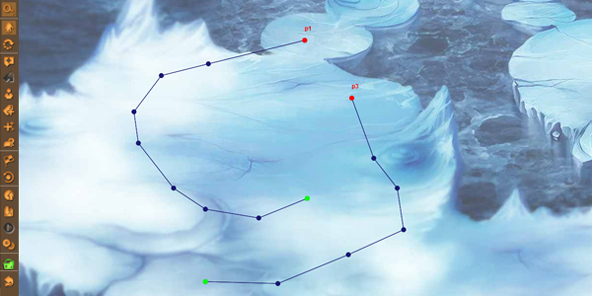 Created objects can be further modified, customized and used to great effect in your design. For example, visual effects created with the Effects Editor will be able to be set to various stances or animations of the objects and their skins, to create situation such as sparkles flying when a treasure chest is opened.Also, once you’ve created an object quickly with Gameleon, you can instantly duplicate the object and create as many clones as you want – and these clones will share all the original’s properties and scripting.