This is the story of Zipple, a frog warrior who must collect the objects scattered in his world of mazes and then bring them into the homes of her village. The game is in development!

This is the story of Zipple, a frog warrior who must collect the objects scattered in his world of mazes and then bring them into the homes of her village.

To pass each level you have to transport a certain number of objects (scattered in the maze) in the houses of the village. All that by running, jumping and killing enemies.

There are various types of enemies of various species, and there are movable obstacles and bonuses falling from the sky. You can also kill enemies by jumping on them.

Each maze is in 3D with ramps, descents and random climbs.

Enemies follow the main character by moving and jumping.
There are four enemy types, with different characteristics and speed. 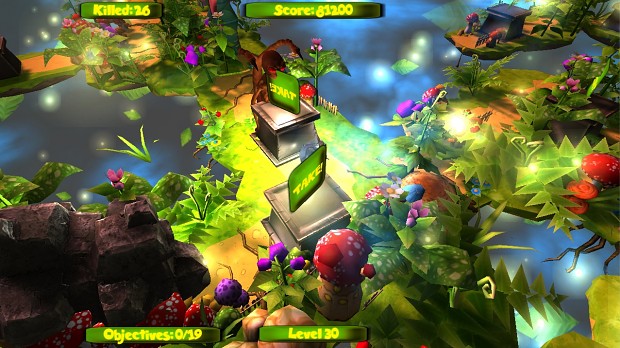 With advancing levels will appear obstacles (rocks, etc.) which will hinder the journey of the protagonist.
These obstacles can be moved and placed wherever you want.
Bonuses are obstacles that can kill enemies with a magical aura.

The game is practically infinite, the number of levels is unlimited and therefore the real challenge is to make as many points as possible to become a legend. 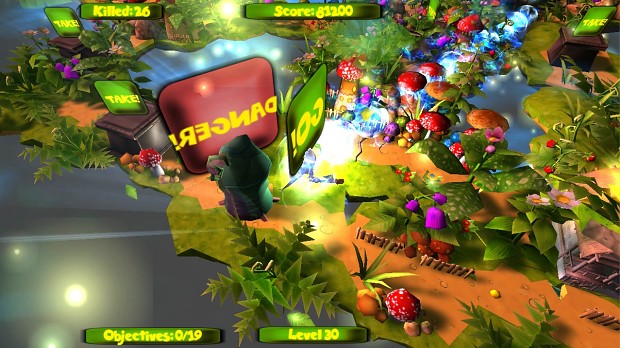 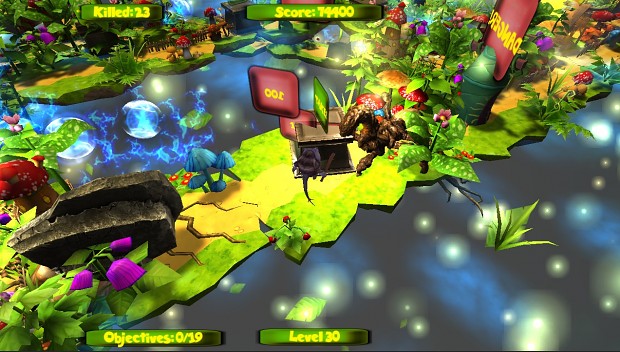