This week we have added combat mode to the game, this means that you can now turn your weapon systems on and off in the cockpit. You can also do this with “H” default. When out of combat mode the ship weapons will not use any power. But while they are active they will use a lot more power than usual. This will lead to more diverse gameplay and decision making with creating ships.

Combat mode is also partially added to avoid unnecessary conflict after an accidental weapon discharge. Because this update brings part two of our reputation, factions and fleet mechanics: 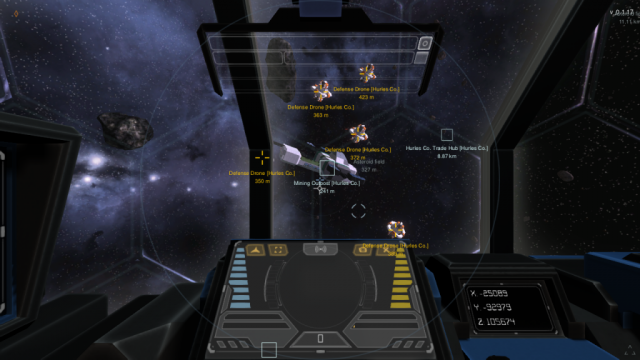 You can now gain reputation with factions, there are currently 5 factions in the game: 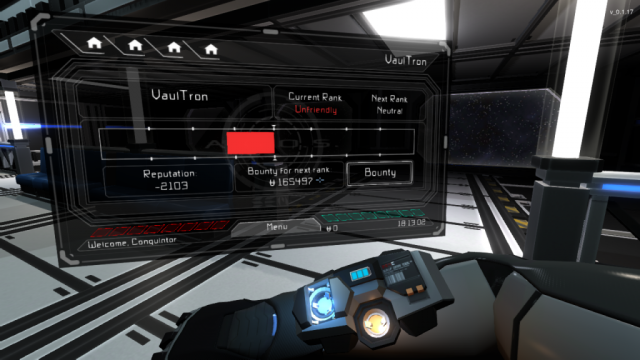 a player with negative reputation 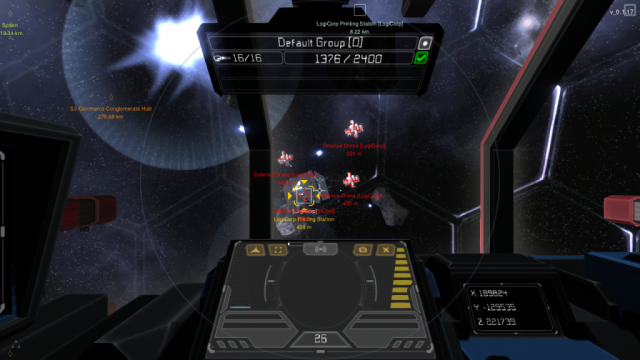 a hostile encounter with Logicorp

In future updates, there will be more ways to gain and lose reputation in the form of missions, combat scenarios and more.

Cartridges have been rebalanced, they will now only give one negative and one positive buff to your ship’s stats. The positive buff has been greatly increased to be more useful as a counter to this cartridges now have a lifespan between 2 to 4 hours. When the cartridge is not in use it does not decay. We felt this was a necessary change to make the use of cartridges more viable. For example in a combat scenario you can now temporarily boost your weapons and shields with a substantial amount, instead of having a constant bonus that was almost neglectable. 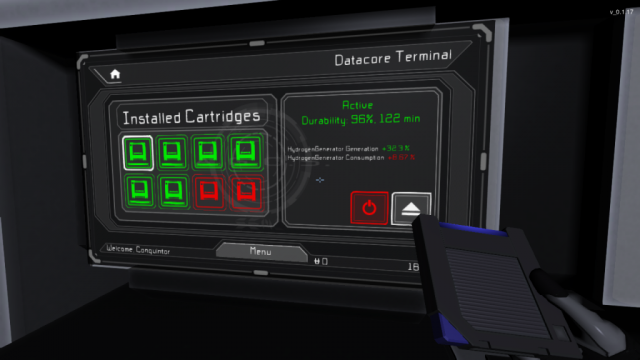