Hello! This update is based on your questions from the comments section from the last update on Kickstarter. Read on for elucidation!

Hello! This update is based on your questions from the comments section from the last update on Kickstarter. But before we get to those, we wanted to point to this post on our forums, where designer James Carey addresses a bunch of the concerns about dogs.
That aside, read on for elucidation!

Andy Havard asks: "You've mentioned traps before (and shown the bear-trap off in a video) do you plan on having the robots use these or maybe having them set up other types of trap to trick the player? Will the robots always suicide charge when they locate the player or will there be times when they know you're trapped and surround you from a safe distance?"

The hunters and dogs are blissfully unaware of traps and saunter into them. The poacher, however, is rather different, since he lays traps and then waits. He's almost invisible in his waiting state, so if you run into a trap and he's lurking, well, he'll light the fuse on his blunderbuss...

Zona asks about the comparisons with Stalker: "How do you guys feel your AI compares to the Stalker games? Overall better? Worse? Are there things you've been aiming to improve? Differences?"

The Stalker AI does a few things better than us - such as cover use, and general world activity, such as looting or finishing off injured enemies. But we do most of what the AI there does, and our AI is probably more aggressive, because it has less to fear from the player. Our early playtests suggest that our hunting AI will easily track and kill inexperienced players over large distances, which I don't think is true of Stalker NPCs.

Allen Ibrahim asks about the tale of the robots: "How much story is being written for Sir? It seems like the kind of game that tells its story through environments and encounters, but are there going to be traditional storytelling methods in the game (ie cutscenes, text logs, etc?)"

There are no cutscenes. There's a fair bit of lore, actually, but minimal exposition. You are going to have to work out what's going on via the clues in the game. Your activities are commented upon to some degree by Walters, your butler, who is communicating with you remotely, but since you can't ask him questions, he doesn't give you the full picture. The world also has lore in the form of letters and damaged books, which can be found in the buildings. We're also doing a grimoire of gentlemanly robot tales, which is one of the rewards.

Matt asks a question about dogs: "Maybe consider a squeaky toy as a distraction?"

We're thinking bits of unidentified meat. But a squeaky toy might just work. And be less icky.

Matt also asks: "Please consider a visual indicator on the HUD for this (like Thief used)."

We're looking at that as an option, but it definitely won't be on by default. We feel like using UI for this is a bit of cop out in design terms, even if it is a useful bit of functionality.

Peter Jacob raises and eyebrow and sips at his tea before saying: "Hm, maybe a hunter with a horn."
There are a few noise makers on the NPC team - the riders, the dogs, and the balloon. But all sounds can bring hunters in on your position. Gunshots cause a lot of grief.

NKA asks: "I like the red eye visor, but will be there an option to turn that off?"

We're still experimenting with this. We want to play with visual readability a bit, perhaps at the closed test for backers stage. We're honestly still seeing what feels right. Whatever can be made an option, though, will (as a rule) be made optional. Right now the visors aren't visible close up, the opacity increases at distance, so they aren't great red beacons close up.

Borderless fullscreen windowed is possible, although not implemented yet. Framerate is currently uncapped. We have no plans for cloud saving, and axis inversions are in. We can stretch the whole window and adjust the field of view across multiple monitors. The game will run on integrated CPUs, although there are some performance issues. Keys can be remapped, there is a FOV slider and mouse acceleration options. The game won't be particularly open to modding to do the way Unity works.

Frank asks: "How about random and deliberate distractions for the hunters?"

Currently throwing rocks, bottles, or explosives will get the attention of dogs and hunters. All these things let you send them off searching where you aren't. Also you can use the wildlife to distraction robots - see our gameplay video - such as the crows. We also have pheasants and rabbits coming.

Todd Williamson asks: "Is there any way to disable or immobilize the hounds?"

Yes, you can use traps. You'll probably be able to distract them with raw meat, too, but we've yet to implemented that. (*Adds to the list*. Sigh!)

James Butler comments: "Still very intrigued and would like to hear more about the extent to which tea and biscuits play a role, though."

Tea is the ultimate power-up, restoring your vitality to full. I've just realised we've not put biscuits in yet, so we'd better do that, right away.

John Richardson asks: "What is the difference between the GBP75, GBP60 and the GBP 40 options?"

This was basically just bad planning on our account. The £60 and £75 tiers were so unpopular that we decided to offer related rewards at a lower price point. We were hoping people would change their pledges down to £40 or £45, when we updated with the added tee tier, but many did not. Consequently we're going to be contacting the £60 and £75 tier people with some options for additional rewards to reflect the greater value of their pledge.

Joel Benford comments: "Red light. Green landscape. 10-20% or males red-green colourblind to some extent. Make it a configurable colour if you do it."

We are doing that. Behold! We're going to try and make this configurable in a colour picker. 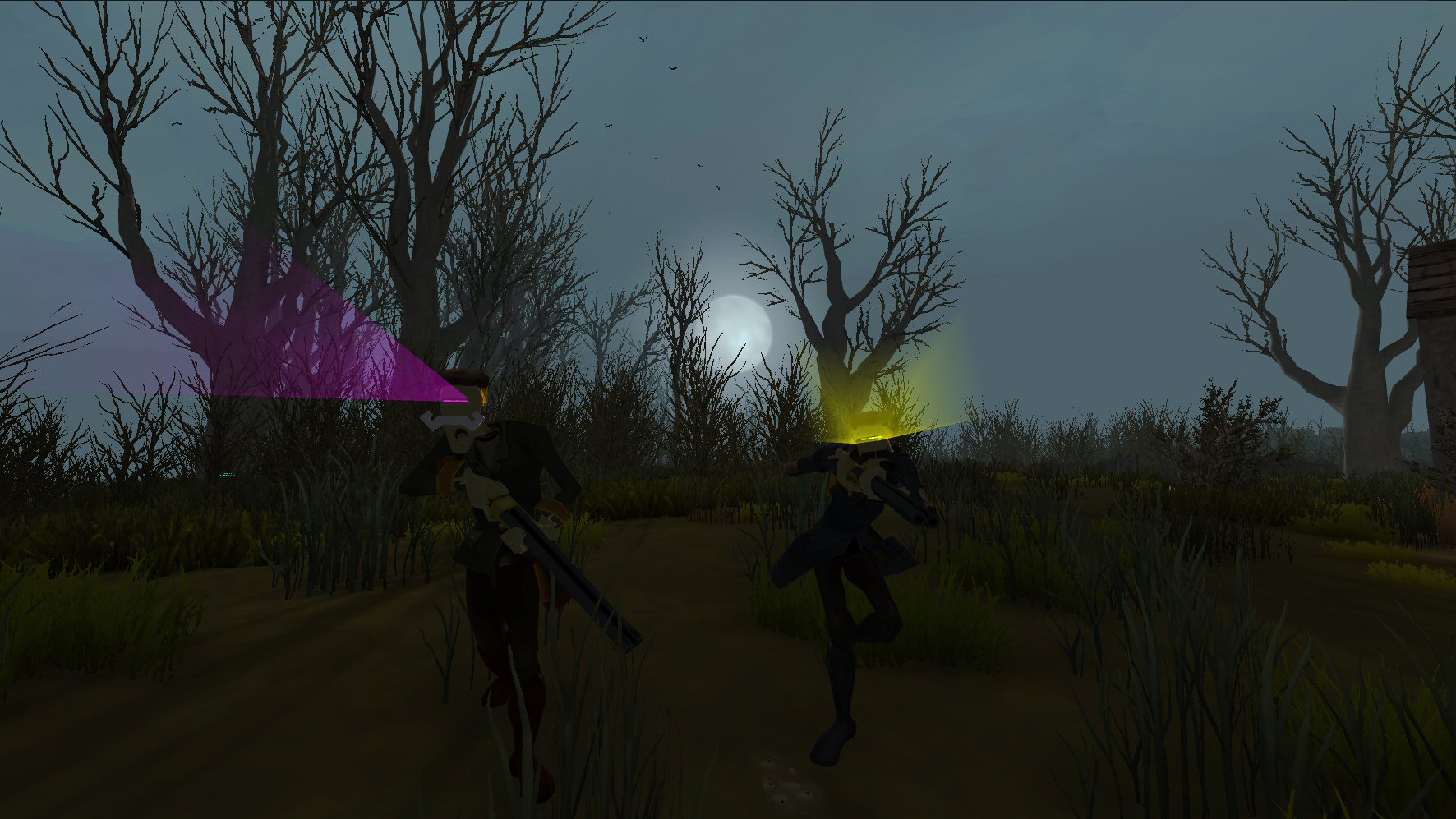 Shakermaker asks the big question: "Can you give a global time frame for when early access [for Early Access Tier Kickstarter backers] will start?"

We're hoping to have something for you by the start of May, but we need to do a few more rounds of testing and finalise our delivery system before we can confirm a date.

If you have any other questions, we are also available to try and answer them!

[And on a unrelated note, our first game, the generative audio puzzle game AVSEQ, is on sale on Steam, at -75% off, if you're into that sort of thing.]