Wrack is an arcade-style first-person shooter that pits you, Kain Sager, against the invading Arcturan empire! Battle your way through hordes of monsters at blistering speeds as you single-handedly attempt to save mankind from certain doom! Available now on Desura! This update adds a new map, a new boss, chain sounds, and lots more! Check the full story for a complete changelog. 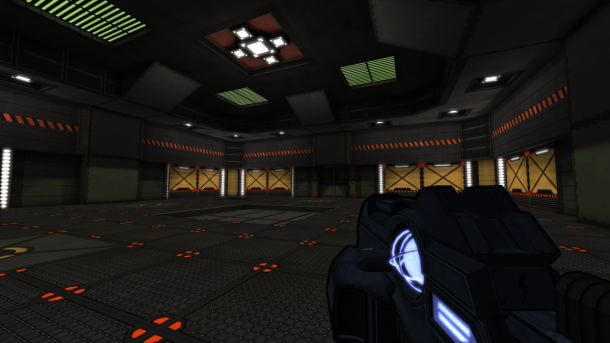 That's right - this next big update for Wrack contains the fifth level of Wrack - E1M5! It's something a bit different from the others, so I hope you guys enjoy it. This update also adds the newly completed HUD, as well as chain sounds that play as you blast monsters in succession! Feedback is appreciated as always!

Anyway, here are the details:

Also, don't forget to vote for us on Steam Greenlight!