World map, travelling to locations, character portraits, new menus and more! BETA demo is around the corner - who wants to be a BETA tester?

The world map and menus are done! This means that you can now see all locations and events you have unlocked, and travel between them to progress the game and story. The demo is now very close to complete - it just needs cutscenes (plus dialogue), item distributions, names for locations, and balancing. 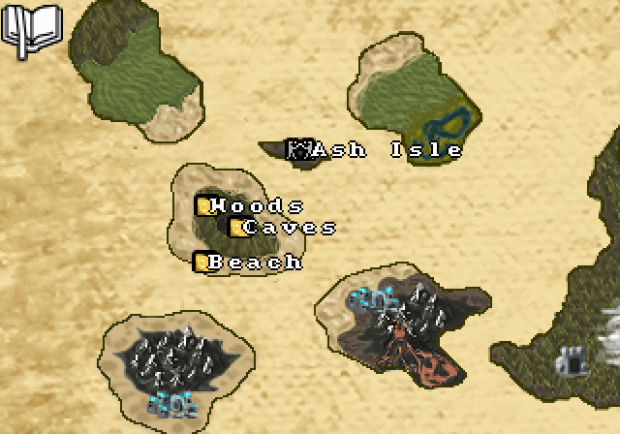 The world map, or at least the start of it. You'll be able to scroll around and view the entire map in game,
as well as unlock new locations and events!

The most recently added menu is an area information window. It lets you know where you're going, and gives you a little description to go along with the area. Areas come in three types: Locations are areas where you can find items, equipment and followers, and you can leave them at any time. Quests are similar to Locations, except you can only leave them at the start or end of the quest (where the end of quests containing a difficult boss party, often with unique followers to battle/convert). Confrontation areas are where you confront other deities - sometimes this progresses the plot with a cutscene and dialogue, but sometimes it starts an extra-difficult boss battle against another deity! The deity character portraits and the world map were created by our recently added team member - Santiago. 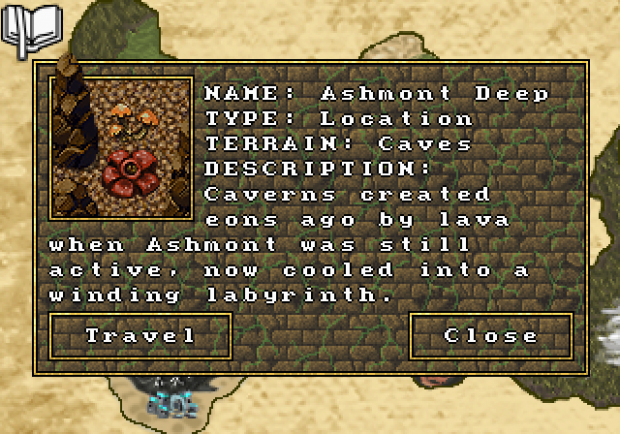 Location info for Ashmont Deep, one of the first locations you'll encounter if you choose the Neutral alignment. 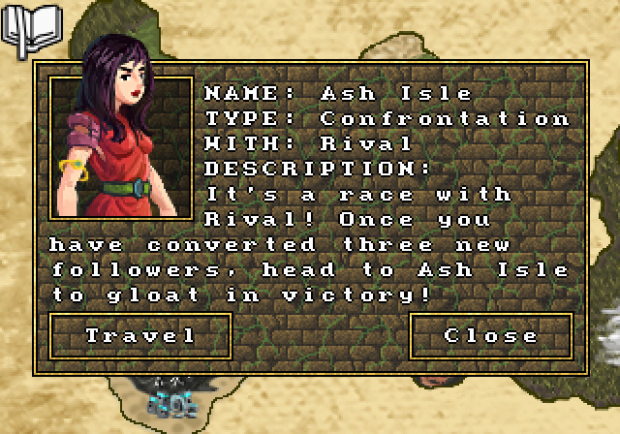 The first confrontation with "Rival!" Who will be the first to convert three new followers?
Obviously, I will come up with a name other than "Rival" eventually. 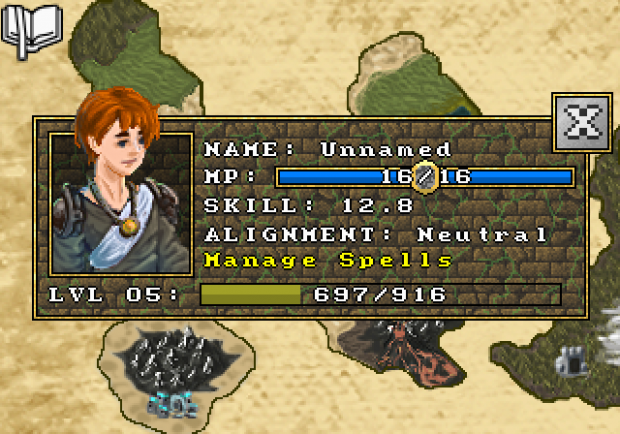 The profile menu has been in for a while, but I didn't have any images of it added, so here it is! "Unnamed" is "Rival's" rival! You'll be able to change your name in game.

The follower management has been expanded to give you access to all followers you convert (not just the 6 active and 6 reserves). You'll now be able to view all of your followers in locations, but you wont be able to move followers into your active and reserves except when you're on the world map screen - so you'll have to choose carefully! 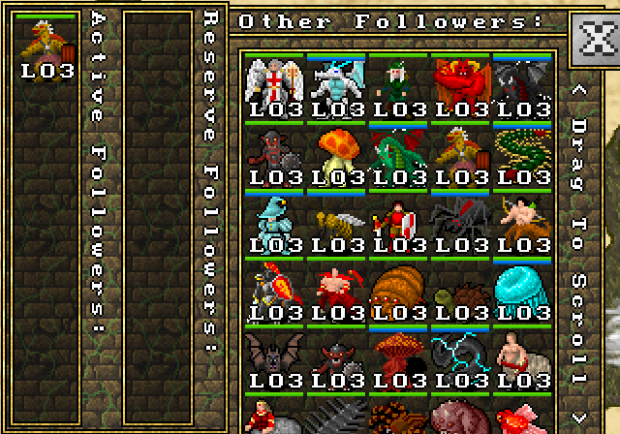 The full follower management menu with all 128 follower types added to "Other Followers." Of course, I did this by cheating... but this is my game, so I can do that!

That's it for this update. I also added a texture to the window frames so they weren't so boring and did many other minor updates and bug fixes. I'm getting close to having a beta of the demo ready, so once again, if anyone is interested in beta testing the game, please let me know!