Another week passed and we are back with WIP news. Today we would like to present two flying creatures - Beholder and Ghost and then show new modular temple tileset. First look at both creatures on video below:

Beholder - floating in the air and waiting for player. When detects player, it flies directly towards him. On image below is big trigger area for player detection. Beholder is rather stupid - it just flies toward player. 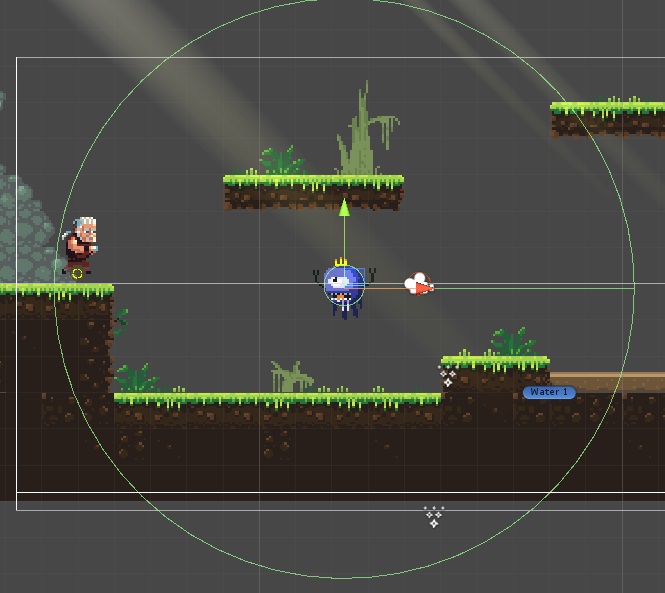 Ghost is more dangerous creature. It detects player and then moves to position suitable for attack with missile. It also keeps itself in distance from player. On image below you can see purple circles. If ghost is between them, it attacks. Beside this, there are two purple dots, which are "ideal" target position and ghost tries to reach the closer one. Dots are randomized a little, so if multiple ghosts are chasing hero, they do not overlap each other in single position. 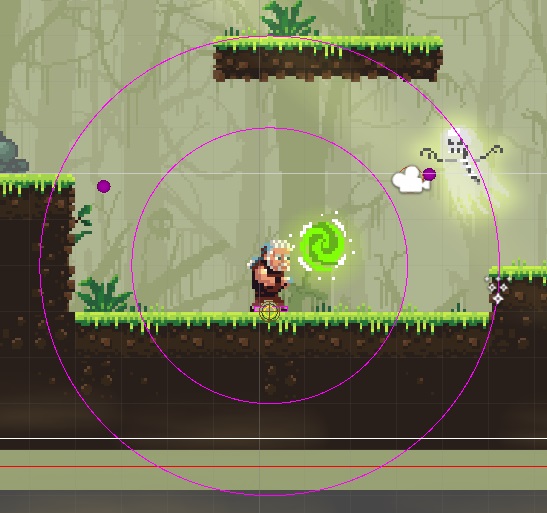 Second thing we would like to show today is our new modular tileset for drawing temple ruins in background: 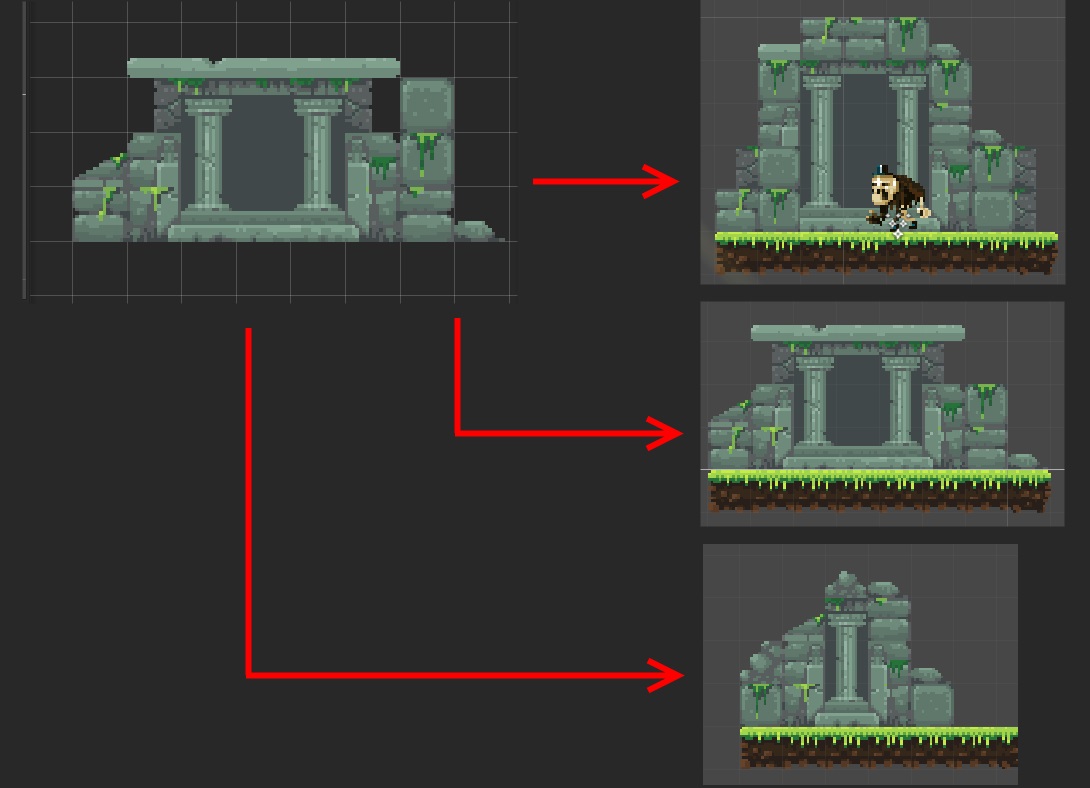 As you can see, we can now easily build various ruined buildings.