Almost after 10 years, the WoP team has now decided to continue the development of World of Padman. Yes, you read correctly, the story continues!

Almost 10 years after the last patch and shortly after the 14th birthday of the WoP standalone, the core of the WoP team, aka PadWorld Entertainment, came together last night to discuss a further development of World of Padman, which was then decided. Yes, you read correctly, the development of World of Padman will be revived! The story continues! 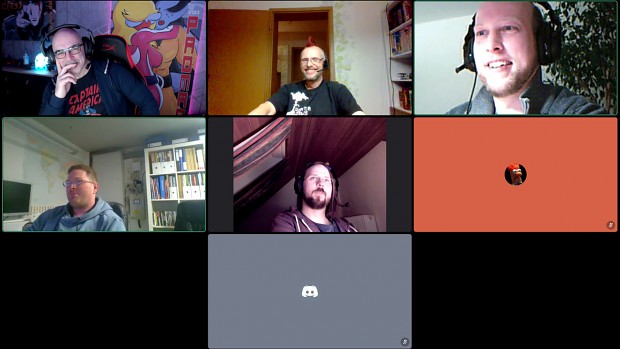 The ball was set rolling when Martin Gerhardy (mgerhardy), one of the developers of UFO: Alien Invasion contacted us and surprised us with fresh WoP binaries (64bit) for all three operating systems, i.e. Windows, Linux and MacOS, based on the latest version of ioquake3. Considering that version 1.6 of WoP runs on a now 10-year-old ioquake3 base, this would have been at the top of our to-do list for a new patch. We had almost forgotten that Martin wanted to support us with the 1.6 patch of WoP in 2011, but unfortunately the contact broke off at that time. So it’s great that we’re getting together again now.

Of course, we don’t want to keep you in suspense too much, but we also don’t want to reveal everything right away. Apart from clarifying organisational matters for the resumption of development, the WoP team has now decided on the following.

In order to simplify the installation process in the future, the coming versions will again be available as a full release. This means that you will no longer need to install the full version of WoP 1.5 and patch it afterwards.

That’s it from us for now. Stay healthy! Your WoP team

Wow, nephew loved this game much to his mums displeasure :), long time indeed

Can't believe I'm reading this. Your dedication is off the charts!

I'm gladly looking forward to any future updates. This will be interesting.