New Day Fiction has a gift for you.

You read the title correctly, we're doing a surprise launch right on Christmas. We first announced it on Twitter after deciding it was time and watching the community react has absolutely been a high point in my week. 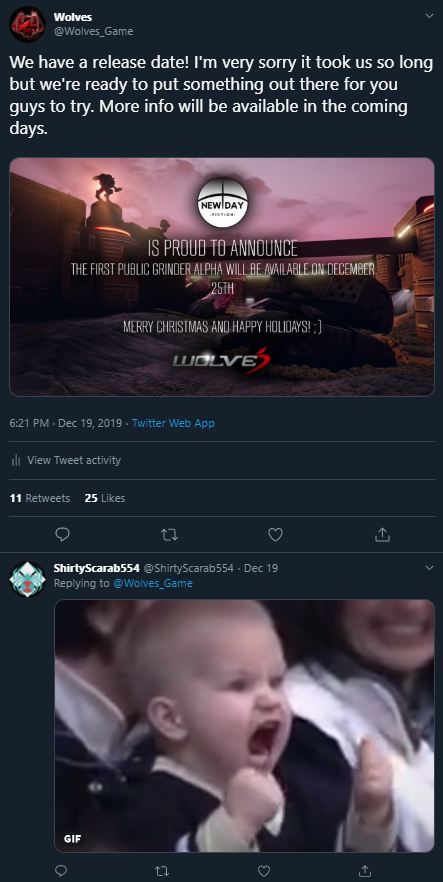 I say it a lot but I seriously appreciate the patience the community has been showing us, for two (and a half) years the community has been hanging out in our Discord going off of nothing but screenshots, low FPS gameplay and a promise. The fact that anyone stuck around at all still strikes my Canadian heart as a blessing. We're lucky to have you and hope you enjoy the game when it launches in just a few days.

What will be in the build?

A good question. This build is first and foremost an alpha. It will feature just one map, Ill Fortune as well as the Cougar, the Blood Adder (a rename of the iconic Puma) and the Arctic Wolf. It'll also feature a small selection of skins and a totally revamped menu system as well as username support. The selection of settings and graphical options will be fairly basic for this one, we did however add motion blur that's on by default but can be turned off with a checkbox if you so choose.

Remember though that this is just an alpha, I can't stress this enough. There will be bugs, hopefully not many as we've been working hard to squash the bugs we know about but I know people will find creative ways to break this game, they always do.

When the game launches on the 25th, it'll be available at Wolvesgame.com
We don't have an exact time, it won't be a midnight launch, I can tell you that much. It's really up to our webmaster, TheFeelTrain so complain to him if it launches at 11:59 PM next Wednesday.

Here, I'll even give you his Twitter. He also does work for high-quality projects like Installation 01 so you'll definitely want to check him out. Twitter.com

It's here! On December 9th I had the amazing opportunity to appear on a small but wildly entertaining Battletech community podcast called The First Circuit. It was on this podcast that we gave the first look at the Arctic Wolf, a powerful medium mech that adopts the loadout from Mechassault's Belial. If you haven't checked out the podcast yet, I'll make it nice and easy for you. We also released some (mostly) unedited gameplay of the Arctic Wolf so I'll drop that here too. 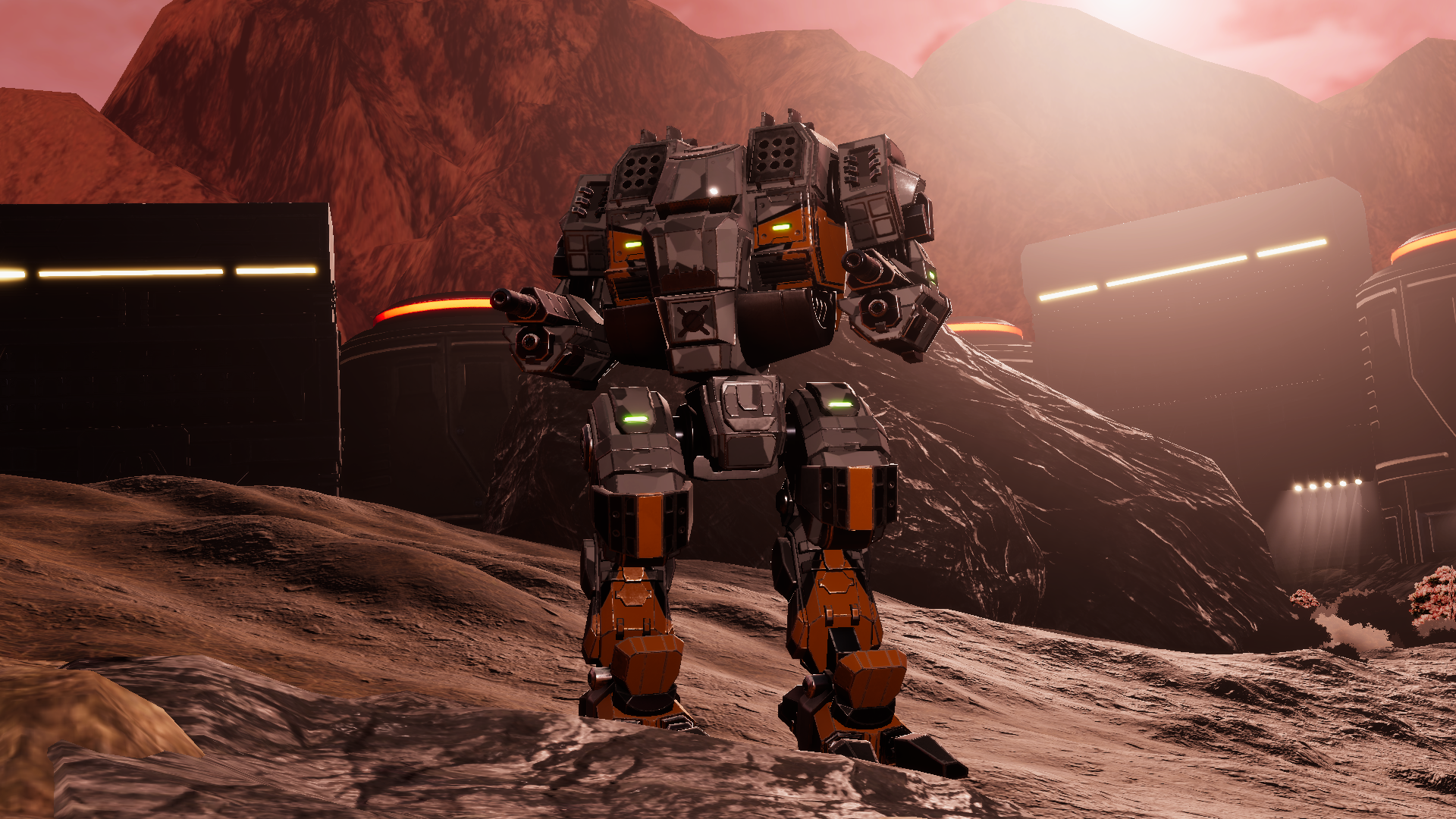 Music To My Ears

Jonty and Elijah have always done amazing work for this game and I appreciate them immensely. Happy to say that the tradition continues with "The Dark Age" and "Dante". These were made by Elijah and they are fantastic. The response to these has been overwhelmingly positive and it warms my heart

This track contains motifs from the song "Umbra" by Jon Everist. It's in my opinion one of if not the best tracks from the Battletech OST and I wanted to pay my respects to HBS for their work on Battletech. It's an outstanding game. I asked Eli if he could make the melody work and he delivered in the best possible way. Go ahead and listen to both tracks, you should be able to catch the motifs right away.

This one was a blast to watch come together. From day one I knew I wanted to have someone cover the original Dante theme from Mechassault 2 and Eli actually managed to pull it off and bring the song into 2019. Seriously, it's amazing and came out so well, just listen to it.

Here is the original for reference.

There isn't much to say about the menu besides the fact that we completely changed it. Every aspect of the menu has been improved artistically as well as practically. James (lead programmer) really came through for me and helped me sort out almost every aspect that needed editing. I'll drop some screenshots here and you guys can tell me what you think when the game is out. 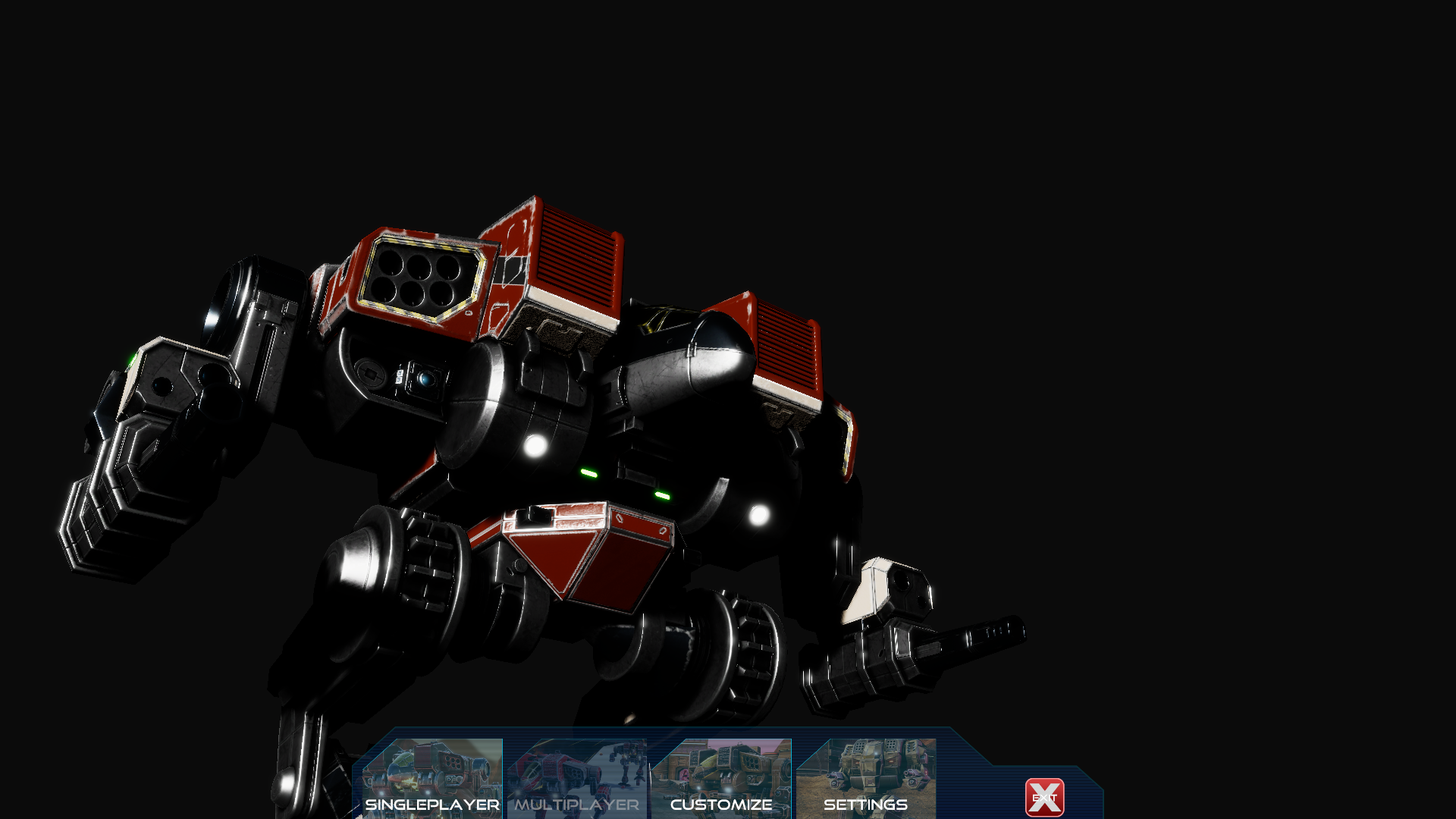 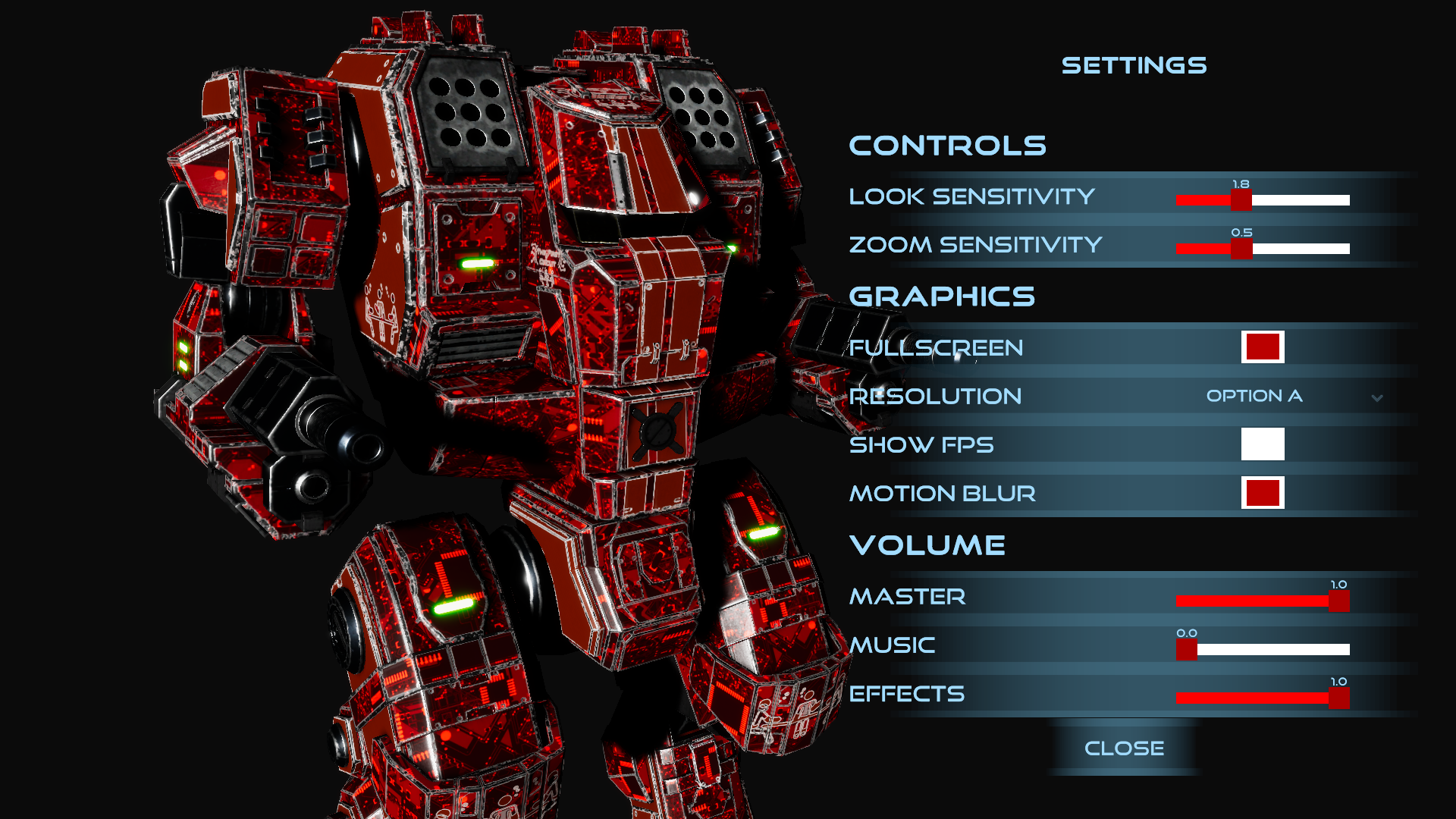 And that's just a little taste of it. The menu is tricky because there are so many things with UI related to accessibility that are easy to overlook so the menu is one of those things we'll continue to iterate on as the months go by and feedback rolls in. We certainly hope you like the look of it so far though!

There were a lot of people in the beginning who doubted if this game would come out. I mean, fair enough, Wolves was a lot to take on faith. In just a few days we'll take our first steps into becoming an actual tangible product that can be played and interacted with. The following weeks may be terrible for us or they could be the best weeks the game has ever had. The journey has been long and we have quite a ways to go still. I'm just happy I can finally say that Wolves is here, and it's here to stay.