Why the Sage Exekiel and the Rash Rake are duellin'?

are you enjoying Wizards of Unica alpha 0.1? Your feedback are important to us so please let us know!

In his last post Luca has explained the birth of our game, the reasons that bring us to choose to start a real development of a full title. Today I want to introduce to you the reasons which makes our main characters Exekiel and Rake one against the other. I already published the first and the second part on this blog some months ago, but the final reason of their split is brand new. So I hope you’re gonna enjoy the story of the Wizards of Unica!

Many years before the realms were united under the name of Unica, a young and powerful sorcerer called Exekiel was summoned at King Dorico’s court. King’s dream was to gather all the realms together in a single Empire to stop the many conflicts crossing the lands and gifting people with peace and prosperity. Dorico had the strongest army ever seen, but still he was missing the most powerful weapon: a sage and loyal wizard. He offered to Exekiel to spend the autumn at court and judge if the King and his dreams were trustworthy. Being both powerful and ambitious, Dorico and Exekiel soon became friends, sharing secrets of magic and war.

The spring after they departed together, leading the King’s army to battle against a neighboring realm. Despite their opponent’s strength, Dorico’s victory was ablazing, all adversaries slain by Exekiel’s Spirits. Realm by realm, everyone succumbed under his merciless Red Storm. But mankind was even harder to bind than Spirits, and a trail of corpses thirty years long created before all the realms were under Dorico’s domain. Exekiel became legendary and the people stopped pronouncing his name, trembling while referring to him just as “the Wizard”.

When finally Dorico proclaimed himself Emperor of The Gathered Empire of Unica, Exekiel, almost fifty, sat down beside the throne but he found out that the world was not a better place. He and his friend were old, they were melancholic, their hands were full of blood spilled in the name of a dream, and soon anger came, along with remorse. The weight of the entire world was too much even for their friendship. And when Dorico asked Exekiel to exterminate rebels to hold his Empire, the Wizard left.

He retired in his own tower, far away from the Capital, and released all the Spirits he dominated, vowing not to forging a Pact with a spirit ever again… 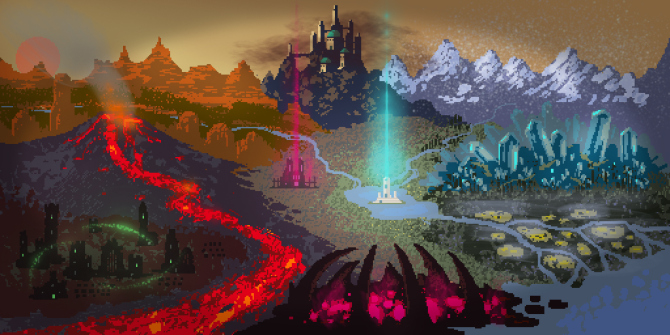 One day, walking in the woods around his tower, Exekiel heard a scream. A boy was caught in some hunters’ bear traps. Exekiel helped him to get out and found that the child’s legs were injured. With words and leaves he healed those wounds.

«You’re a sorcerer, aren’t you?!» the boy exclaimed, back on his own two feet. «I want to learn how to do that!»

«Go back home, lad» the Wizard said. «I’ve got nothing to teach you».

«My name is Rake» the youngster replied. «My home got burned. I lost my entire family»

Exekiel shook his head without replying, and went back to his tower. From the highest balcony he could see the young Rake waiting in the wood. For three days and three nights the lad stood under the sun, the moon and the rain. “Headstrong. He could be a good pupil. He will help me in my senescence. But I swear on my eyes I will make him a better man than I have ever been…”.

The fourth morning, Exekiel left his tower and came back to Rake, led by a tasty smell. The youngster was cooking two bunnies on a wooden spear.

«Have you slept enough, old man?»

«Come with me, Rake. I’ll teach you logic and math, you’ll learn how to read signs in the stars and to make potions. You’ll be able to understand the singing birds and the barking dogs…»

«I want to learn the tricks you used with my legs! I want to cure wounds… and I want to inflict wounds too…»

Exekiel smiled. «You’re a bit too young to have enemies. Why would you hurt somebody?»

«For vengeance. I’ll kill the rebels who murdered my mom, my dad, my brother… my sister…»

Exekiel took the spear with the meal. «That’s something we’ll have to talk about…»

Never a pupil was more passionate than Rake. In a couple of years he shown an extraordinary memory and logic, mastering alchemy and divination. But that was not enough for him.

<Is possible to call the thunder?> he asked one day, <<I’m reading the Glorious Chronicle of Unica and there are described unbelievable enchantments and magic Emperor Dorico and his right arm, The Wizard, they are described as… Gods. That’s not true at all, is it?>>

<Those are not legends. The pasted ages used to be shaken by terrible enchantments> Exekiel answered. <<Something that world hope to forget>>.

<But all this stories are far away from what you told me about magic: mountains fall at The Wizard’s will; armies dies with a whisper and deads arise from the dust…>>

<<The Pacts. When The Wizard dominated a Spirit he received deadly spells>>

<<Not by me. I will not tell you a single word about how to domine the Spirits>>

<<Why? That’s the real magic! To learn the future talking with deamons and gain the angels’ bless!>>

<<You sounds like an old man scared by things he can’t understand. I’m here at your service by several years and you just tought me about lesser knowledge. I have potential, as you said! I can learn everything!>>

<<I know. That’s why I don’t mean to teach you nothing about the Pacts>>.

<<If you don’t I will find The Wizard and learn from him what the real power is!>>

<<That’s impossible. You would be surprised to know that I’m the man they used to call The Wizard>>

<<Such a lie! The Wizard owned the power of fire, and you are not even able to enlight the oven with magic!>>

<<I renounced to the Pact long time ago, after King Dorico and I gave birth to the Empire of Unica, built on the blood of thousands innocent people>>.

<<But the blood isn’t over! Now Emperor Dorico is struggling with the Rebels and the civil war, but If I knew how to domine Spirits I could serve the Empire as you did!>>

<<I’ve never served the empire neither Dorico did. We served no one but the Power itself. And there is no more cruel master than that>>.

<<That’s untrue! You’re more cruel than that! Now I see, you are just worried I can shade your fame and glory! You’re scared my fame is gonna obscure yours if I can learn real magic!>>

<<Your so blind by the same hunger I had, but in a turn of a life you will regret everything. For the sake of that day, obey me now and forget the Pacts>>.

But steel eared is the youth, with large mouth and huge appetite… And that night Rake left. 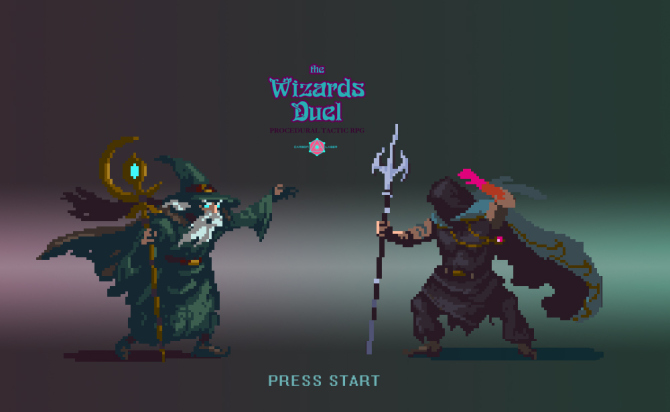 I’m looking forward to show you more! Thanks you all