After month's of waiting, the first demo of Winter's Wake is now available in 64 bit builds for Linux, Mac and Windows.

A couple of days late, but it's finally here! Now available on the downloads page are 64 bit builds of the Winter's Wake demo for Linux, Mac and Windows. 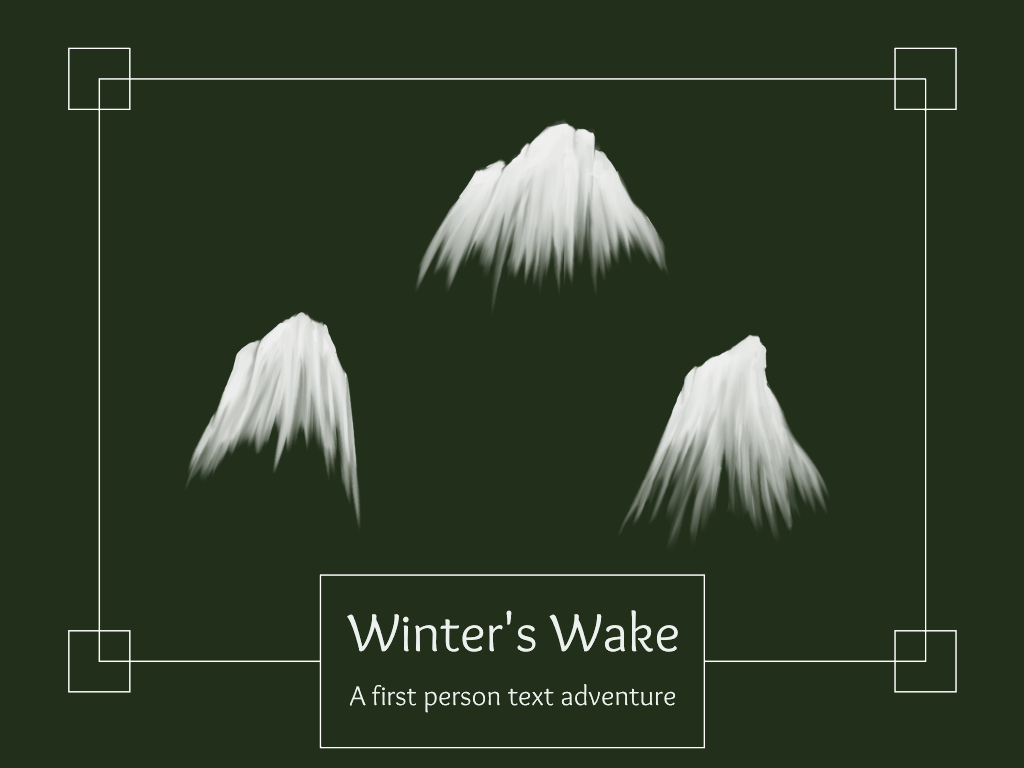 The audio and scene colouring in this build are indicative and not representative of the completed game.

The game outputs an analytical log, which tracks the way that players interact with the game. I would be super appreciative of copies from any play sessions, as these will help me understand how players approach the game. Details of where to find these log files are covered later in this document.

IMPORTANT: Adjust your volume during the intro sequence so that the music is comfortable, and don't turn it up during quiet scenes. The volume of sounds usually indicates distance, and there are a couple of moments where increased volume is used to support scenes' atmosphere, and these are balanced to be somewhere close to louder sections of the intro music (if you bump the volume up so that the distant forest birds are clear when you're at the avalanche, you'll blow your head off when you get to the waterfall).

Use the mouse or the arrow keys to move around (the compass at the top gives you horizontal direction and the arrow on the right gives you vertical direction). Screen colour and positional audio should help give you a sense of orientation.

Use the left mouse button or the enter key on a road or path to move to another scene.

The game creates the following log and save files.

These files can be found in the following folders:

If you experience problems beyond this, please let me know!