Check out what we did during our 4th week of prototyping!


Hey guys, a month has passed since our last post, during this time we've been working on a number of prototypes that we are super keen to show off. In this post, I’ll be discussing the development process for one of the shortest projects we've worked on yet; Dodger.

We began development on Dodger shortly after finishing up with The Buoy. Giving ourselves only one week to get Dodger to a playable and entertaining state, it was crucial that we got the pre-production phase nailed quickly, so we could then start pumping out scripts and art assets. While we didn't quite reach our goal in the way of content, we did create something we can easily expand upon in the future if we decide to revisit Dodger. 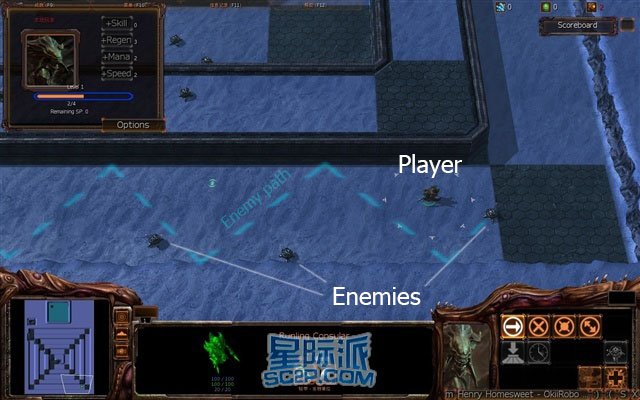 The main inspiration for Dodger was Runling Run, a Starcraft 2 mod, and Run Kitty Run, a Warcraft 3 mod. Both these mods are similar in the way the player(s) must run through a series of checkpoints, while avoiding hazards along the way. Whilst these mods are quite enjoyable, they lack replay value, which is something we really wanted to improve upon in Dodger. We didn't quite get time to implement this, but we did introduced the idea of boss battles after the players had reached a certain number of checkpoints. These bosses would channel their attacks, showing the direction and area they would strike, giving players time to maneuver. Inspiration for the boss battles came from titles such as Diablo 3, Devil May Cry and Starcraft 2: Heart of the Swarm. Another planned idea was to have multiple enemies types with unique abilities, randomly spawned between checkpoints, adding diversity with every play through.

Here’s an example of the kind of visible attack area we wanted for bosses (SC2:HotS): 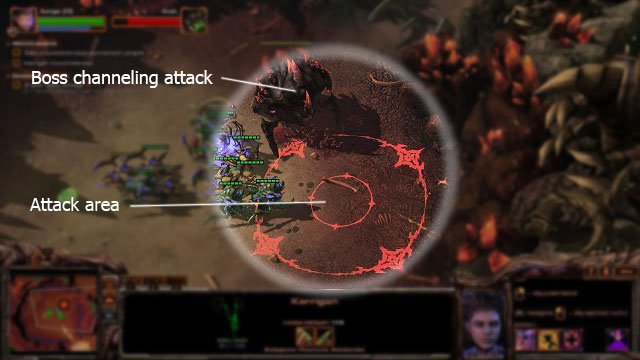 The theme we chose for Dodger was deep sea. The environment was filled with coral reef plants and structures, hand painted by Parisa, with player characters and enemies by James. The characters were comprised of many sea creatures, such as octopi, blowfish etc, which the player could choose from and take advantage of their unique abilities. Meanwhile, Tom and I worked on balancing and design, making sure the UI was able scale down for use on mobile/touch devices if we ever decided to release Dodger on these platforms. After scripting the basic movement and gameplay features, Alex began to focus mainly on the enemy behaviour. We used a nested structure for enemy types, meaning we could create an enemy and then have multiple enemies using it’s code with slight changes. For example, we created a blowfish which, when a player approached it, would protrude spikes from it’s body in an attempt to kill the player. Using this enemies base behaviour, we easily created a second blowfish which would instead shoot it’s spikes outwards, launching deadly projectiles in all directions which could travel long distances.

In conclusion, we’re happy with what we achieved at the end of Dodgers development period, we just wish we had more time to implement some of the cooler stuff and further polish it’s current features. Drop us a comment below if you find these development posts interesting and want us to continue to post them.

Check back next month to see what else we've been up to!
Matthew.