As a team, we made a conscious decision to have all of the action in our game take place on a 2D plane. We knew beforehand that this would bring the wrath of certain types of players. Yet, we stuck to our laser guns. Find out why.

The player sounded upset, angry even. “A space game in 2D? It's nothing I want to play!”

This was a typical conversation with space game fans, mainly Homeworld players. The game in question? Why, Starfall Tactics, of course!

As a team, we made a conscious decision to have all of the action in our game take place on a 2D plane. You see, we knew beforehand that this would bring the wrath of certain types of players. Yet, we stuck to our laser guns. Not out of stubbornness or spite, mind you.

This question is bound to come up every now and then, so I thought it would be a good idea to explain our team's thought process in more detail.

There are many games that have inspired the creation of Starfall Tactics. From the Master of Orion and Homeworld series, to wargames like Warhammer40k. As fans of a variety of space games, we understand and treasure the value of deep sprawling game systems and thoughtful gameplay.

Our team wanted to apply these principles to combat in Starfall Tactics. We felt that it should be a rewarding experience, giving you enough tools to create interesting scenarios and decisions. 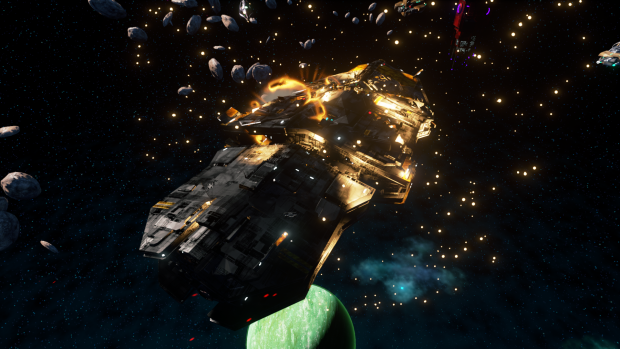 But there is a problem. Most people generally confuse complexity in these kinds of games with depth.

In the context of a game, complexity usually means the amount of abstract information and elements that a player has to keep in mind during her time with the game. This can include the different effects certain items have in an RPG or the animation length of a particular combo in a fighting game.

Complexity, in our opinion, isn’t inherently good - it’s a sacrifice that you have to make sometimes in order to reach depth. In our case, depth is the amount of interesting, diverging choices a player can make in a particular combat scenario.

Take chess, for example. Its rules are fairly simple and can be learned in a game or two. So how is it possible for these simple rules to hold our interest for over a thousand years? How come chess players are still able to evolve current strategies if the game has been around for so long? 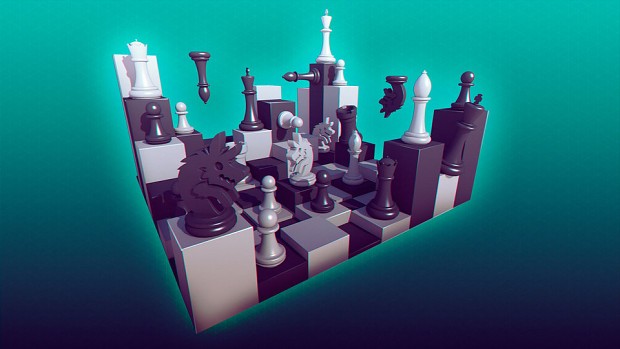 Tracy Fullerton and her colleagues answer this question in the book Game Design Workshop:

Why does chess have such a vast number of possible outcomes as opposed to tic-tac-toe? The answer lies in the combination of the simple, but varied, behaviors of the game objects and their changing relationships to each other on the board. Because of the extremely varied possibility set, chess remains challenging and interesting to players long after they have mastered its basic rule set.

Here's the kicker - complexity just adds... more complexity. With almost no effect on depth or the amount of possible game states.

It's easy to imagine a game with a lot of rules, but a limited amount of possible outcomes and divergent scenarios. However, a game with a simpler/smaller rule set can still provide deep and interesting gameplay, leading to the coveted "easy to learn, but hard to master" design paradigm.

Going back to Starfall Tactics, while 3D movement and verticality can certainly add depth to its combat, it is not the most efficient or elegant solution, as it has a heavy dose of complexity associated with it.

When testing how verticality influences combat in Starfall Tactics, several issues came up.

Perception problems - it can be really hard at times to navigate a 3D battlefield. With different spaceships having different y-axis coordinates, it was challenging for players to quickly locate units, as well correctly estimate distance to a target. The result? Needlessly complex matches where a lot of time was spent simply trying to figure out the exact position of your units and the enemy's fleet.

Control issues - having a two-dimensional input device (a mouse) makes it harder to create an effective control scheme for a 3D battlefield. Given enough time, it's certainly possible and some games have done so successfully, to an extent. But it usually leads to just another batch of abstract rule sets and 'noise' that a player has to keep in mind.

Utilizing a 2D plane allows us to avoid these issues altogether and focus on what's really important - creating a combat system that has depth. A system that provides enough interesting, diverging choices that a player can make in a given situation. 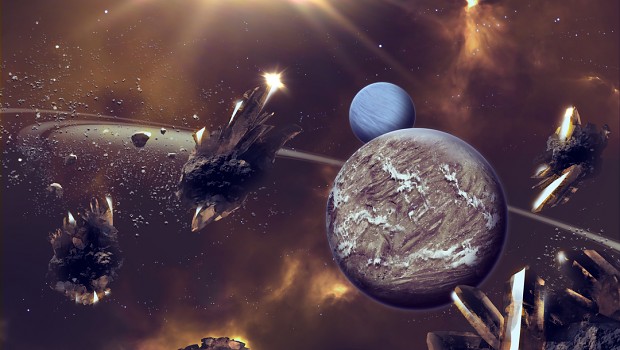 What about players that want to get picky and say that using a 2D plane for space combat is less realistic? I'd like to remind them that we are talking about a game experience here. If developers always had to abide by the rules of 'realism', combat in space would be one heck of a boring affair :)

"So what are you guys actually doing to make combat engaging?", you may wonder. I'm glad you asked!

Our team is working on things like ship sections that can be destroyed individually, comprehensive damage models, full spaceship collision (ram your enemy!), line of fire and other cool stuff.

There's a lot more to go over and time is running out, I'm afraid. However, we plan to update you with more information about combat and how it creates a unique and fulfilling experience in Starfall Tactics.

Stay put for more info in the near future!