Post news RSS "Why Sandboxes Are So Special To Me"

Game Director of UemeU, Jeremy Hindle aka Mentioum, walks us through his thought processes and why he designed the game he designed; with a few examples.


In my mind Sandbox games are special. The reason I say that is because a sandbox game’s use case and it’s capabilities aren’t fixed. The people who play the game ultimately are the ones who shape the game and I think that’s amazing. Many minds are always better than a few (no matter how brilliant those few might be) and when you get large numbers of people playing very open sandbox games… incredible things can happen. Minecraft is the obvious example but so are games like Linerider. So simple yet flexible enough that people make a game into something more than it originally was. 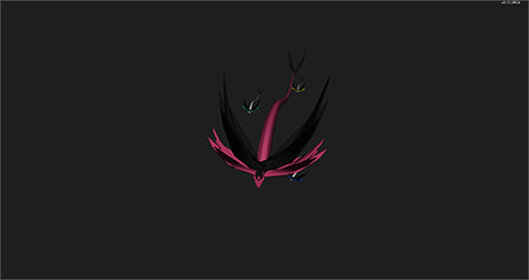 I love this aspect of Sandbox games, so I have always driven UemeU in a direction leaving it as open to experimentation as possible, and my goodness has it paid off! It is now quite common for members of the team (who know the game inside out) to go into the game and do something which adds more than they thought was possible. I’m so excited to see what other people can do, I’m just itching for UemeU’s release. I can’t wait to see amazing creative people all around the world playing with a new flexible tool/toy/virtual world/game/puzzle creator/whatever called UemeU. It’s going to be awesome!

It’s interesting that when you become so passionate about a project, like our team is, we rarely get to actually play our game. Always looking to improve it, fix bugs, add features, respond to feedback, etc, that we can forget to play our own game! We obviously schedule in time to play and test... but it’s amazing what happens when we really get into it (either together or on our own). Right now one of us is recreating The Great Deku Tree from “Zelda: Ocarina of Time”, and I am about to tell you about my experience last night.

UemeU is interesting when it comes to deciding what you want to build. You can either go into it knowing what you want to achieve and then using the tools to create it, or you can go in with a feeling (or no ideas at all!) and create things in a purely organic way. I personally find it a fantastic tool for improvisation and just relaxing without any specific goal. 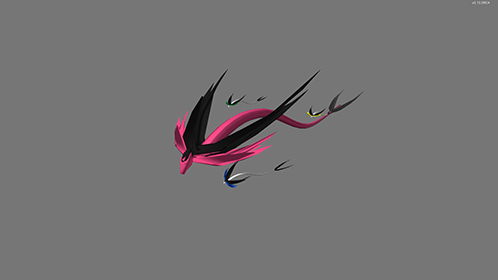 Last night I went into the game with a simple feeling… I want to make something “cool”, something “exciting”, and something “not cartoony”. With these three very broad feelings I created this in less than 20 minutes (followed by an hour of…. “That looks so cool!” *takes pictures*):

I just want to try to explain how this one came about. Ideally I would have recorded it and spoke about what I was thinking at the time… something I plan on doing in future, but this list of events should help to show how fantastic this was and is. 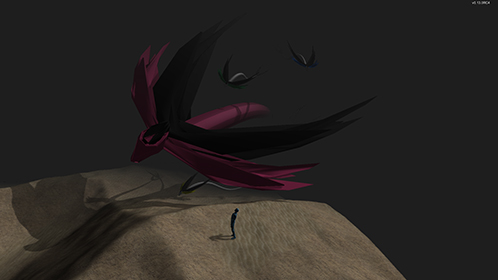 The above… created in 30 minutes, 4 different unique shapes, 6 objects and dragons. I went in with no plan and came out with more than I ever expected in a very short period of time.
(And I have a new desktop background to boot!)

...if you want to see more pictures, please check out our Dragon Gallery on Facebook!