Massive things are brewing in the development of Interplanetary, so we decided to give you a quick status update! 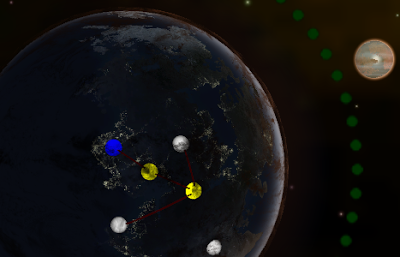 The game is actually starting to look kind of nice! After all the recent devblog posts, we thought it would be nice to get back to the basics for a moment and give a little update on how we are doing with Interplanetary and internal Team Jolly Roger stuff.

Interplanetary is prettier and more functional!

It's true, a big part of why I wanted to write a quick status update is to showcase some of the new graphics! We've been busy implementing a graphical beauty that we won't be ashamed to show around. Of course, this is still not final, but it's a nice improvement to what we've had in the past. 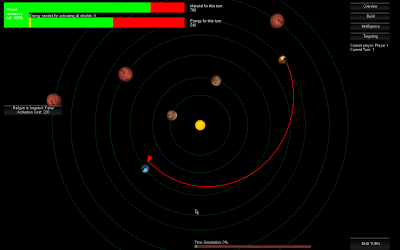 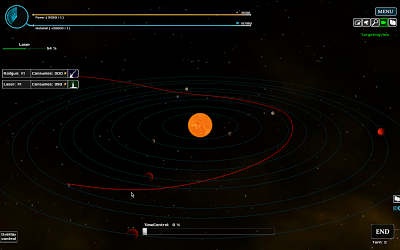 We're currently working on creating something nice looking and playable for our upcoming visit to DigiExpo in Helsinki. Something big is brewing and we'd like to have a nice slice of the game to show to people there, and maybe even let them try it hands-on.

As for the gameplay, we basically have all the basic features of the game present, one way or the other. For showcasing the game, we're concentrating on getting the targeting phase work properly and feel good. It is, after all, a major draw of the game. The other main feature that we aim to polish, is the building of structures and maintaining them. These two features by themselves already make a kind of a nice little game, but there's a lot more in store for the next version.

TJR is a company, for reals!

This is quite huge for us: we managed to break free from the grasp of our university and form an independent company, officially known as TJR Games! We're still the good old Team Jolly Roger, just a bit more official.

Starting a company wasn't a simple thing to do, and preparing for it has slowed down the game development considerably at times. There was a period, when we didn't actually have a work space to do our game development and the team was separated to work in their homes. This rarely works. 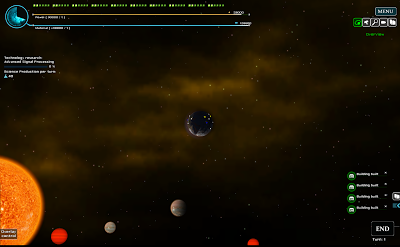 Was going to add a picture of the office, but who cares? The game looks nice.

Luckily, we found an office space for a manageable price and filled it with computers and other stuff needed for game making. For a new indie company, this wasn't exactly cheap overall, but at least the situation is more stable now and work can resume in normal pace. Or, extranormal, since we're in a full-on crunch mode! Busy, busy.

Hungry for more screens? Check out our stash of pics, from the oldest of versions to the new shiny ones.

Check out our webpage for more info on our rocking team and projects!
Also Facebook!
And Twitter!