A look at the emblem creator. It is one features you'll have to customize your astrobase with logos that you'll be able to build component by component to get exactly what you want. 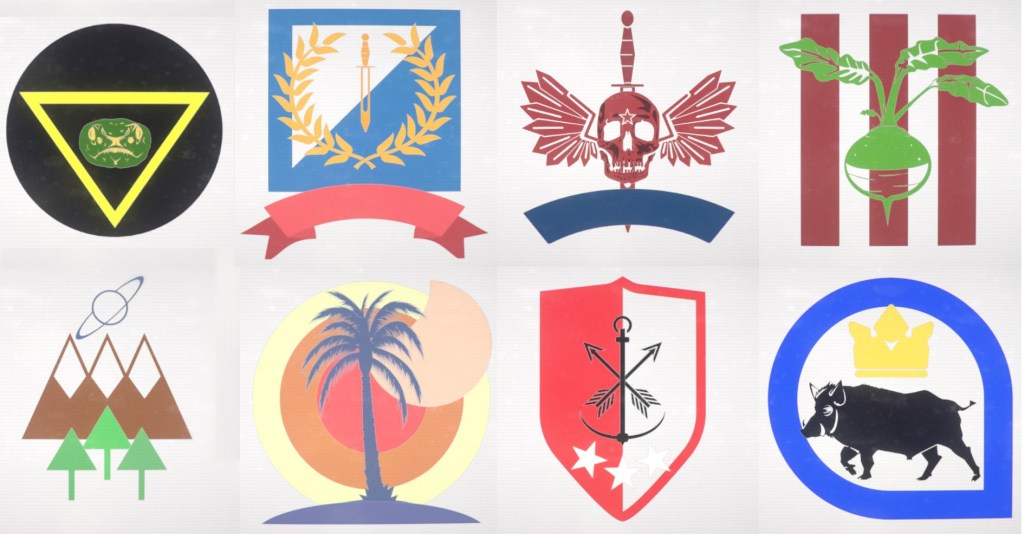 A Selection of emblems made with the Astrobase emblem creator.

We’ve had our noses to the grindstone working on a number of features, improvements to visualizing character behavior, and getting backer rewards up and working. It’s time for us to pop up for a breather to give you a well-deserved glimpse into one of the features we have been working on.

We’re always looking for ways to let you customize as much of the station and its crew as possible. One of those ways we’ve discussed in the past is to add personalized emblems to the station. Rather than giving you a set of fixed emblems to select from, we’ve created an emblem creator that will let you make the one you want.

The emblems will be visible in many places around your station

Using many of more than 300 different components, you’ll be able to scale, rotate, translate, colorize each to assemble a a glorious emblem with which to adorn your station.

You’ll have access to simple geometry, alphanumeric symbols, and more complex shapes to mix and match. As you can see from the examples we’ve included, your imagination is pretty much the limit. Each of these will be available for you to use in your stations. You’ll also be able to use these as templates to modify and personalize to your liking. 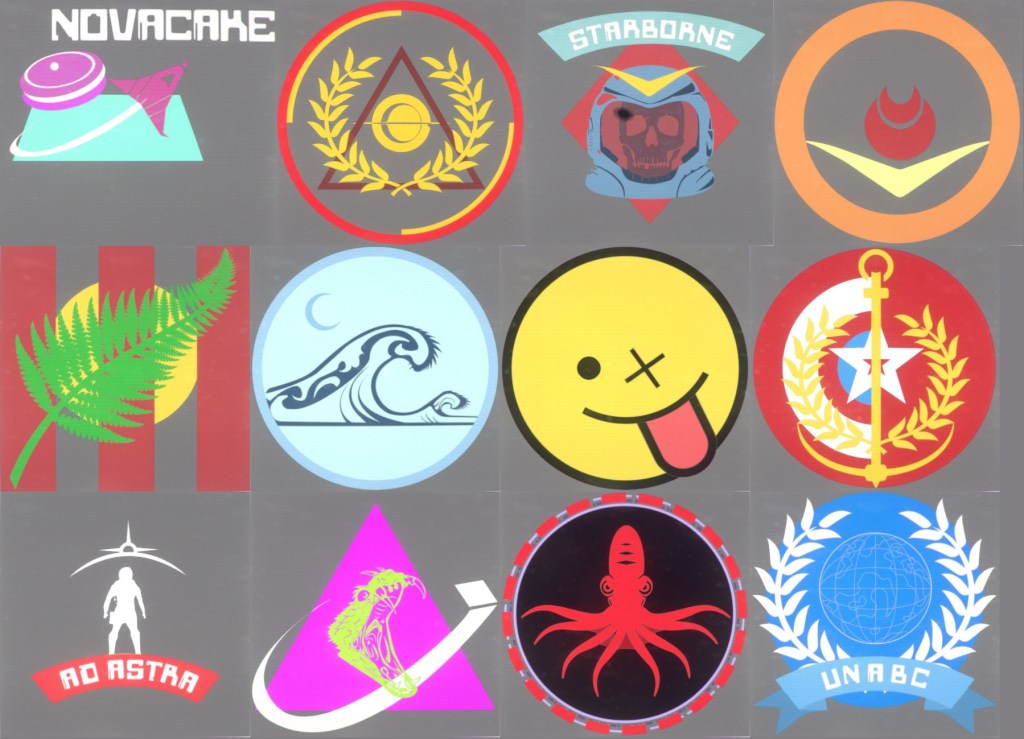 Novacakes, they’re out of this world!

I’m a Kickstarter Backer, and I get to design an emblem, what does this mean for me?

You’ll receive an early edition of the emblem maker with which you’ll be able to design your own emblem. We’ll then add it to the list or pre-generated emblems that all players will have access to.

We put out a Astrobase Command 0.3.7 Closed Alpha Patch on April 24th, but haven’t issued an official notice to date. Here are the Patch Notes:

Changes:
-Emblems have been added to the game,
-More planet missions added.
-Cancel options added to Module builder.
-New loading screen added.
-Crew will now look around the station.
-Game intro and tutorial has been changed.

Want to chat with us or other players about the game? Come join us at discord.gg/jellyfishgames

Interested in supporting the work we’re doing on an ongoing basis? Check out our patreon.com/jellyfishgames

Remember to Wishlist Astrobase Command on Steam if you haven’t already!