This is a little article about why I made Neotron.

Posted by christopherjohnson on Sep 30th, 2013

My name is Chris Johnson, and for the past 4 months or so I have been working on a new game called Neotron. My first idea for this game was when a took a class in college a few years back called digital systems. In this class I was introduced to concepts like Logic Gates, Multiplexers, and Flip-flops. So with Neotron I thought it would be cool to make a game that had working logic circuits in it. 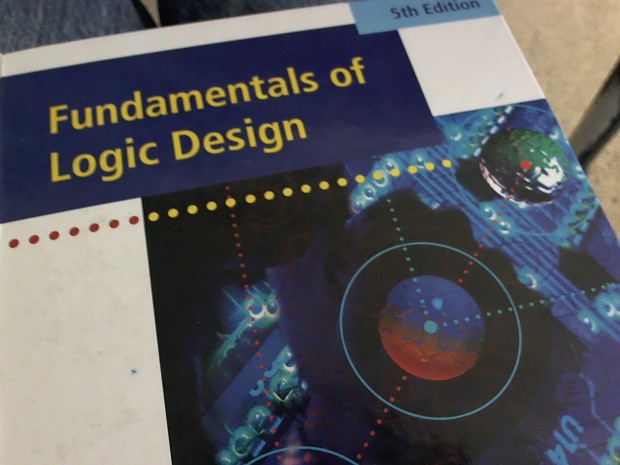 So in a way Neotron isn’t just taking place in a futuristic world, it is an actual working machine in itself . While making this game I have had to learn more about how digital circuits work. But it has been fun implementing these different devices, and putting them in the game. Making puzzles out of digital circuits has been somewhat challenging, but I hope I have got the right balance with most of the puzzles so far. 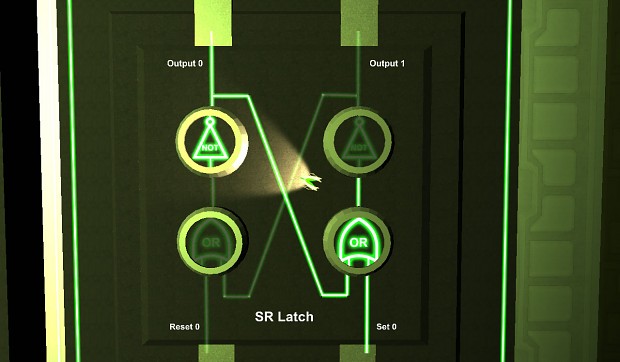 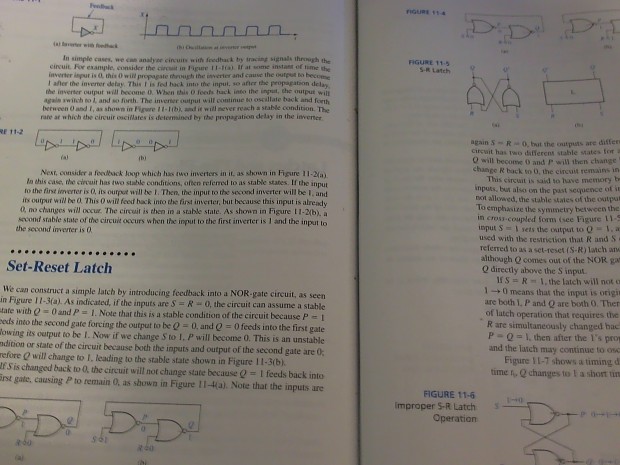 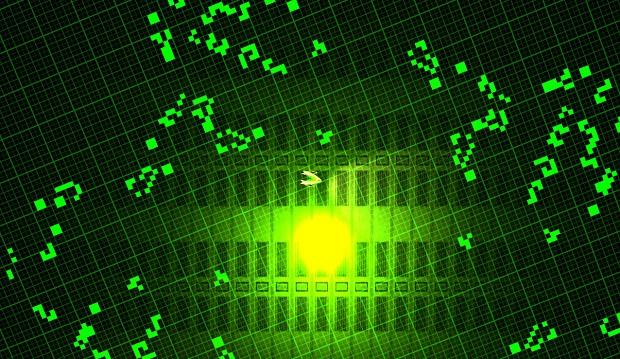 Right now I only have 3 levels of the game done. I am planing on introducing more concepts in then next levels. But right now I hope people will have fun learning about how logic gates, and cellular automate work in the game.

I downloaded it but couldn't make sense of the controls setup. I don't have a joystick and I couldn't unbind the joystick controls. In-game the character just spins around in a corner.

Thanks for trying Neotron.

Did you try with a mouse? Because the main character should just move to where you click on the screen.

Yup, I tried with the mouse also. I've had other input controllers installed before and weird drivers so I suspect I have an input conflict of some kind. That's why I would simply like to unbind the joystick inputs because as soon as I release the mouse button the character turns around and goes back to the upper left corner.

Sorry I'm using a game engine called unity for the game. I have been trying to look for a way to disable joystick support in their player settings, but I haven't seen a good way.

I should be able to make this change in the next build of the game. So I will add a setting to enable/disable joysticks. Sorry I will try to get this fixed a soon a possible, and I will get back to you after I have added that option.

Thanks, just thought I should mention it. If one person has the issue then it's likely others will have it too.

Yeah I was thinking that too. :(
What I will probably do is add a settings menu in the game, then add a option to turn off joystick input. I will probably look at that later today. It shouldn’t take to long to implement, as long as there are no problems.

Ok, I just updated the game. The new build is on my website.

After you start the game, if you press P on your keyboard a new Preferences menu should come up. In that menu there is a check box to enable/disable the Joystick. Just uncheck it and that should stop the joystick from moving the player.

Hopefully this will stop the player from moving to the corner of the screen.

Sweet. I just tried it and it took care of my problem. Wall of text ensues. Also I had to split it into two comments.

I like it! I got a couple of points that I think would make it even better.

It's nice to be able to just look at the circuit diagrams and deduce the least amount of work you need to do, then go do it. And when you get it right first try it feels very rewarding. However I was a bit bothered when there were walls blocking your way that you didn't see in the diagram, it kind of threw me off track because I have a hard time remembering geometry. It would be nice to have walls visible in some way too. Just my opinion. Maybe you want that to be another aspect to throw into the problem solving, but for me it takes away from the circuitry stuff.

Maybe describe switches in the terminals as well. It wasn't obvious to me from the start that a switch would generate a signal rather than just propagate an input (could be read that way in the diagrams). I quickly found out but since the other things are covered in text... Also I think the text is wrong for the AND gate.

The first time I tried playing it I ended up in the credits before I found the juicy stuff. That might lose you some less motivated players. I know I try out many things on indiedb and my level of interest varies greatly.

I think it would also be fun with a speed boost or similar to the character, something that recharges quickly that you can play around with while you go from A to B. I liked the soundtrack, it fit very well with the scurrying about. The first areas felt kind of eerie so I think it would be cool with more eerie music there.

Finally I found what I think was a visual defect. The signal lines would render on top of the transparent purple boxes that reach upwards in one place. If it's a matter of level design I could find it again and tell you where it is.

I think it has great potential, and you could throw in more electronics than the logic gates as well. Think about the awesome effects you could have for current and capacitors and so on. But yeah if you want to reach a broader audience it is probably good with boolean logic.

Yeah I was thinking about adding capacitors, resistors and other stuff. I have been sticking with mostly Boolean circuits so far because I thought adding analog devices would make things to complicated for people. The game already gets pretty complicated in the second/third level with larger circuits. But I have been thinking of adding analog devices side levels later on in the game.

Also I was wondering, what room you found that problem with the wire in? Because that is probably an easy fix. I just need to find out where it is at.

Thanks for giving the game a try, and I am glad that the last build fixed you controller problem.

I couldn't find it again. I think it was in or neighboring the Sheffer complex. I'll PM you if I happen across it again.

Thanks, I took a look at it, And I think that I found it/fixed it.