When Final Rush is released, it will be more of a service than just a game. It's the first in a series of 'continual development' games made by Strike Games, which will expand and evolve based on community interest for the game. Final Rush itself is a sci-fi survival shooter for the PC, which can be played co-op up to 4 friends.

WHAT IS FINAL RUSH

Final Rush is a sci-fi survival shooter that pits the player up against overwhelming odds. It can be played alone, or with up to 3 friends in Co-Op LAN games.

Final Rush rewards player skill with ingame points which can be spent on new weapons and upgrades, as they face ever-increasing waves of enemies.

When Final Rush is released, it will be more of a service than just a game. It's the first in a series of 'continual development' games made by Strike Games, which will expand and evolve based on community interest for the game. Strike will use profits from purchases to add new, free content to the game. The more people that are interested in the game, the bigger it's going to become.

We really do! We're trying to get this game out there to sell, so we can continue to expand the game at full speed, but in order to do that effectively, we need to get the game Greenlit. So if this game interests you at all, even just a little bit, then please vote for us on Steam.

In the futuristic world of Final Rush, players take the role of specialized Military Police Infiltrators, which resolve problems that threaten the peace of your people. Shutting down a corrupted automated factory, saving hostages from a super skyscraper, and blowing up ancient underground military bunkers are all part of the job description.

Outfitted with the latest weapons, armor, and gadgets, you'll be taking on every baddie the world can throw at you; sometimes all at once. Teamwork, tactics, and skill are the only thing standing between you and certain death.

THE GAME SO FAR

Because Final Rush is a continual development project being made on a small, self-funded Indie Budget, the current feature set is small... at least compared to what we have planned. If you were to buy the game right now, this is what you'd get: 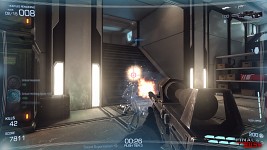 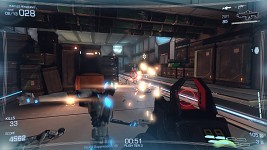 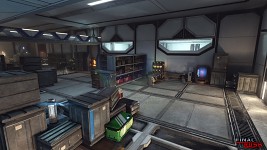 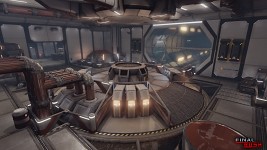 We're constantly adding and improving content for the game. There are many features which we want to add, and are going to add as time goes on. If you want us to add/change/remove a feature, leave a comment on the IndieDB or Greenlight page, and we'll see what we can do.

These are some of the -many- major features that are either in progress already, or planned for the game:

Please give us a chance! We promise you won't regret it.

Again, please feel free to provide any feedback positive or negative! We read all of the comments.

Then you have our undying love and respect. Thank you. :)