A quick rundown on what Another F**king Zombie Game is, and other details surrounding it's development.

Hey everyone! My name is Jason, and welcome to Another F**king Zombie Game! 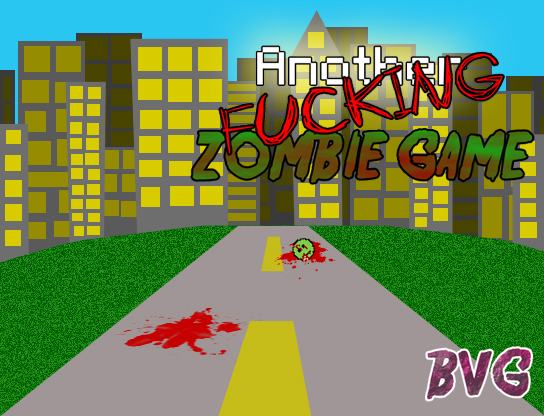 Another F**king Zombie Game is a parody RPG game based on what I believe is the MOST popular enemy in video games. Yes, I said a PARODY game, meaning I wouldn't take this game too seriously if I were you. The graphics / story / gameplay / everything else is MEANT to be bad, but at the same time still be quite enjoyable to players (that have some sense of humor). After messing around in RPG Maker VX Ace and making a few games, I decided to try something new. If what I planned out for this game becomes what I expect it to be (which in my time developing games, usually works out for me), then this will be my biggest / best game by FAR. 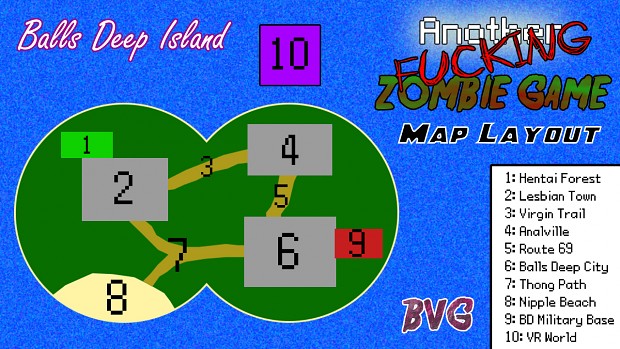 As you can tell from the names of the world map above, this game has a special type of humor to it. 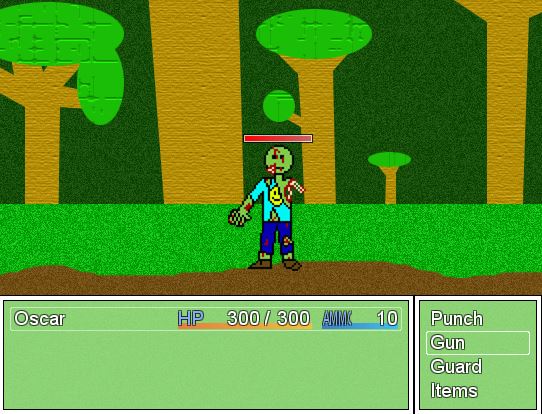 As you can see above (this is what I meant when I said the graphics were meant to be bad by the way...), the ingame battle system is that of what you would normally see in most RPG Maker games. I will be adding a few extra twists though, so it won't always be the same old thing. One of the reason's this game may take a while to develop is because I am doing all of the graphics myself, excluding a few attack animations. The reason for this is because I'm not a fan of seeing the same graphics over and over again in RPG Maker games. All of the music / sound fx will be custom made as well.

And because of that, at the game's current stage of development, I am not even a tenth of the way finished yet. I have yet to finish building all of the levels, programming the events, etc. And with the amount of work I am putting into this game, that brings me onto the next topic...

This game will, unfortunately, not be free. Not only because of the amount of work being put into it, but also because of my current financial status. But with that being said, I can promise that the game will be NO MORE THAN $3. At the moment, the only place I plan on selling this game is on my itch.io, but this may move onto other platforms, such as Desura. 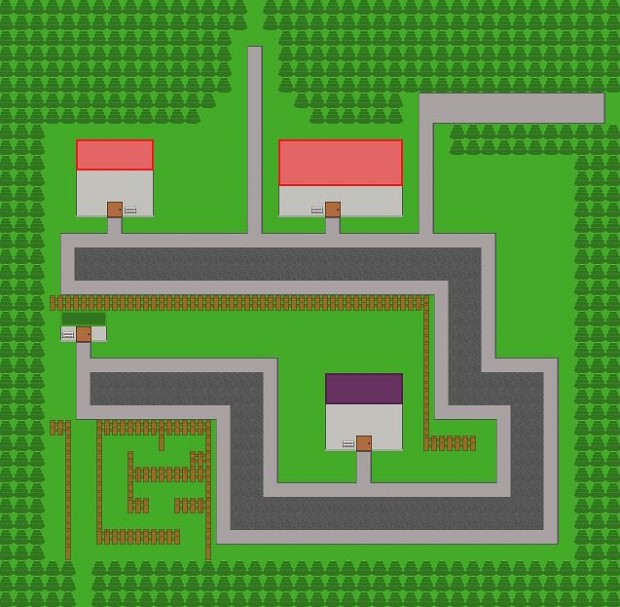 Anyways, thank you so much for taking the time to read this, and I hope this game interests you :)

Have an amazing day / night, and more updates will come soon! Goodbye!