Post news RSS What 3,500 playthroughs of our game tell us of gamer choice and morality

Our indie adventure game Postmortem has had 3.5k playthroughs already! Here’s what the stats reveal about our gamers and their moral choices. 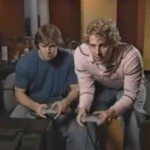 Some expected stuff, some less so. I wonder how much can be attributed to the players approaching Postmortem as a "game" or reflecting their true moral compass? Give us your thoughts below!

Learn more about Postmortem and Vote on Steam Greenlight!