...when I fired up my trial copy of Beast Games’ Avalanche 2: Super Avalanche, I was pretty shocked that it not only held my attention for more time than I kept track of, but that I was actually excited to go back and play it again.

Personally, I don’t get around to playing flash games or the like very often. Sometimes I’ll stumble upon one as I wander the web, or a friend might suggest something. But as far as my gamer tastes are concerned I’m more of a meat and potatoes campaigner. I like narratives, and characters, and the feeling that after a few hours flexing my fingers that I’ve interacted with something complex on several levels. So when fired up my trial copy of Beast Games’ Avalanche 2: Super Avalanche, I was pretty shocked that it not only held my attention for more time than I kept track of, but that I was actually excited to go back and play it again.

Avalanche 2: Super Avalanche is a sequel (surprise!) to Avalanche, a flash game originally launched in 2007 to sweeping applause. In this game you are playing a white, nondescript blob thing (whom I have named Marsh the Marshmallow) who needs to climb a series of falling blocks of various sizes to escape a never ending sea of rising fluid that, upon contact, will destroy you via apparent atomic redistribution. Progress was rated by how high you could climb before Marsh’s luck ran out. Extremely challenging but equally functional, the magic of Avalanche was how well it worked. The controls were solid, the rewards we simple, and it was in many ways a by the numbers example of what makes video games fun. 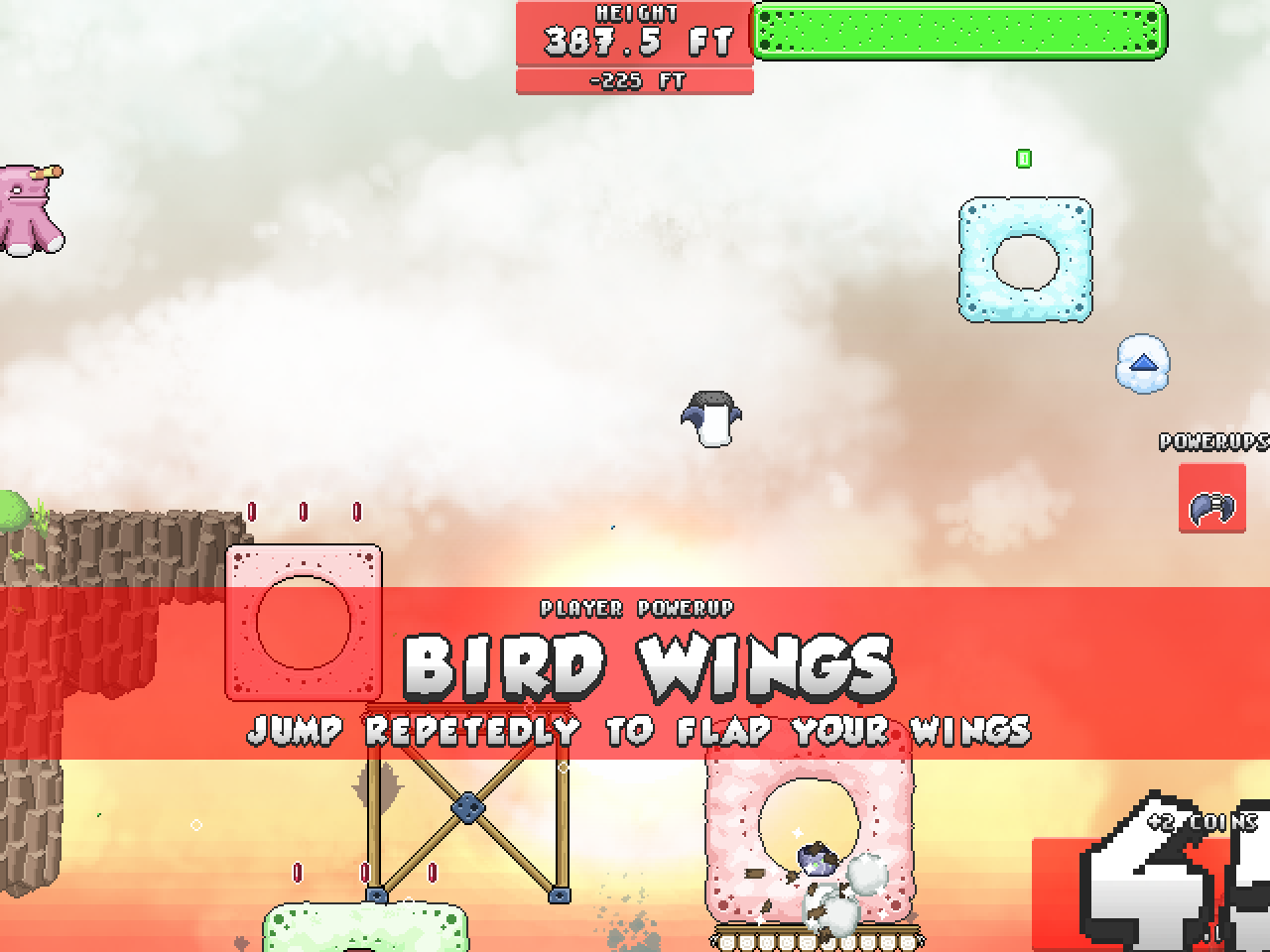 The new entry takes these elements and expands upon them; adding objectives and creating more reasons for you to want to come back. Marsh can now break through the blocks by leaping against them, enemies crawl across the screen to impede or devastate your progress, and the “fluid” is now clearly molten hot magma — any marshmallow’s truest nightmare.

However climbing ever-upwards toward your survival isn’t its own reward any longer; now Marsh can collect coins along the field which can be deposited at Banks that also descend along your path. Between sessions a player can access their allotted wealth and use it buy various level-ups, equipment, and other items to customize Marsh more to your style and increase his odds. While facing the great fiery beyond is always going to be Marsh’s destiny, doing so with a sweet afro and a jet-pack makes it more dignified.

Super Avalanche 2 is still very much a work in progress, but for a trial beta this game played without any real hitches I could see. This leaves me with the impression Beast Game plans to fill the game with more and more content, which in its current state could only make it better. Planned on a formal launch sometime around the end of this year and the beginning of 2014, Super Avalanche 2 deserves at least a little bit of everyone’s attention.