Our main items this week: dungeon doors are now separate and open, players no longer insta-revive after being killed, modular system for switches, and a splitscreen arena gameplay video.

This week, our progress as we work towards the end-goal of the Water Cave: 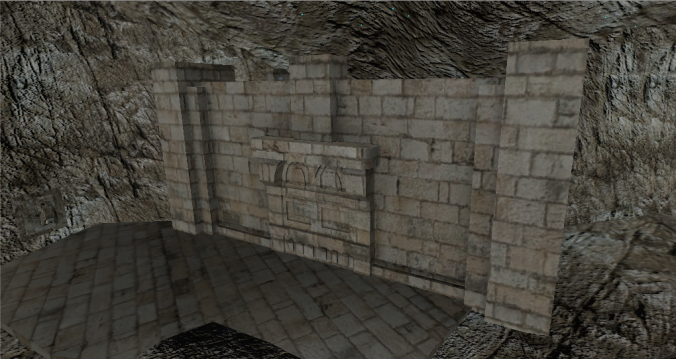 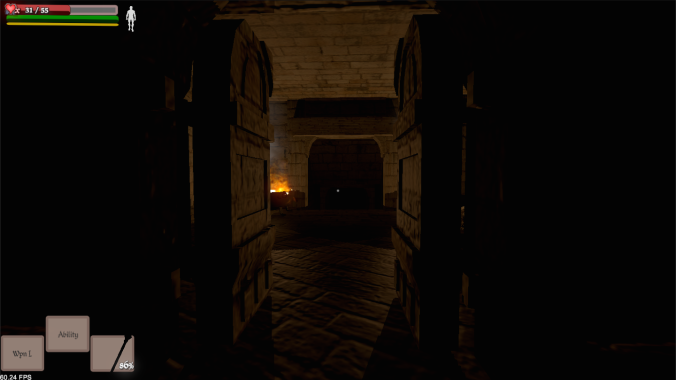 Here’s some screenshots of the Dungeon Entrance and its doors which are now separate and open! Although still work-in-progress: the exterior was redone, AO was added, and the UVs were also tweaked, so that the textures look better.

Previously, players would insta-revive or get right back up after being killed (good for debugging), though that doesn’t make for very challenging gameplay. Now, normal gameplay can be tested as well since players will remain unconscious until resuscitated. If all players are incapacitated, the scene/level restarts. Be wary though, the act of resuscitating takes time and will leave you vulnerable!

Also, Jon has been working on a modular system for switches, so puzzles can be more easily setup in the future. The Water Cave will definitely make use of switches.

As always, there are more bug fixes as well as progress in cleaning the code from previously started features. A couple of notable bug fixes:

• skinned mesh renderers popping away (or not rendering) on ragdolls solved! For other Unity users out there, we figured out that the root bone field on a skinned mesh renderer needed to be the ragdoll’s root, the hips, not the actual character root (with the character controller), since they can separate quite easily with massive forces.

And last but not least, here’s the video of some splitscreen action/battles in the Grand Arena: