It's been a couple weeks since my last update so I figured it was time to show off some of the most recent changes made. There has been a lot of polishing changes made along with some new minor features added as I move closer and closer to wrapping up this introductory adventure I've been working on these past few months.

I decided that it would be helpful for players to see a list of on-going objectives in a list so when they return later they know exactly where they left off and what they've done recently also. The log is limited to 5 entries, but will typically always contain some historical items along with what's still on-going.

The objectives window is shown here. As you can see, two of the three objectives have already been completed and are thus “checked off”. You can still review their details though should you want to. 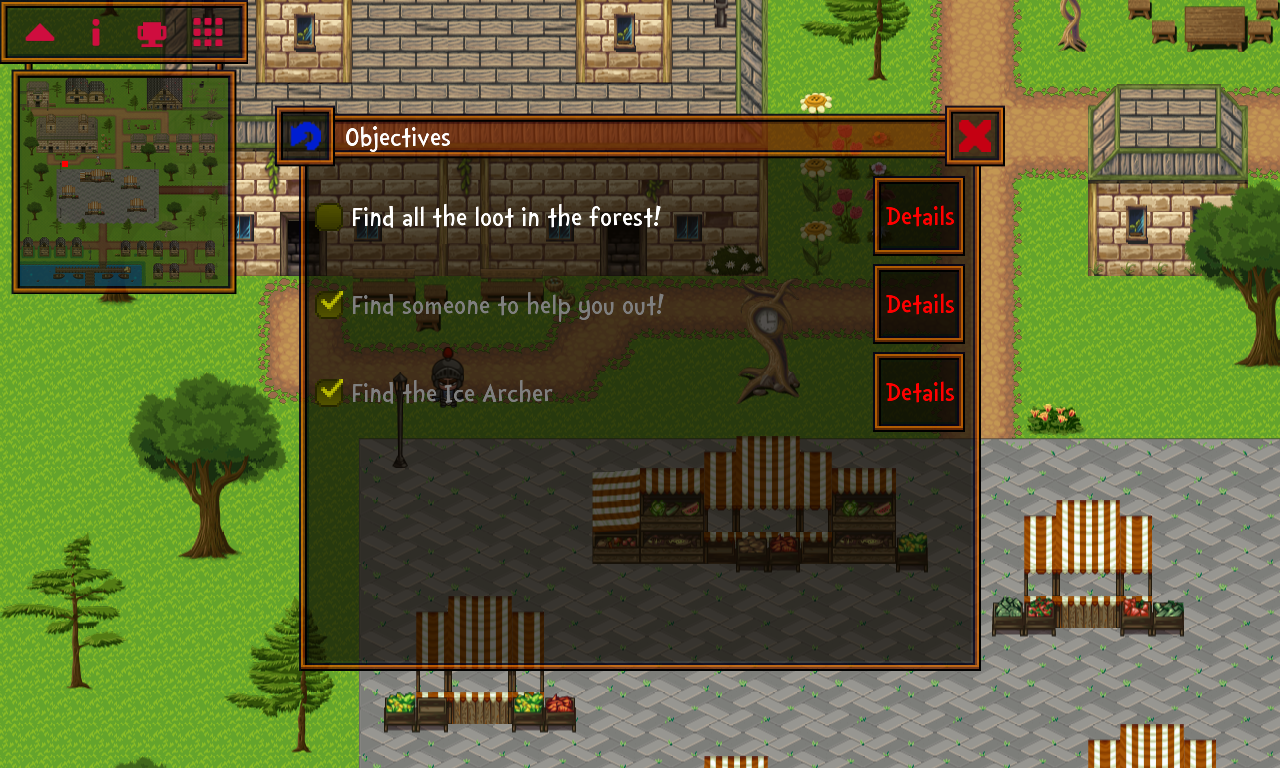 When clicking on any of the “Details” buttons, you end up with a new window providing you with a more in-depth description of the objective: 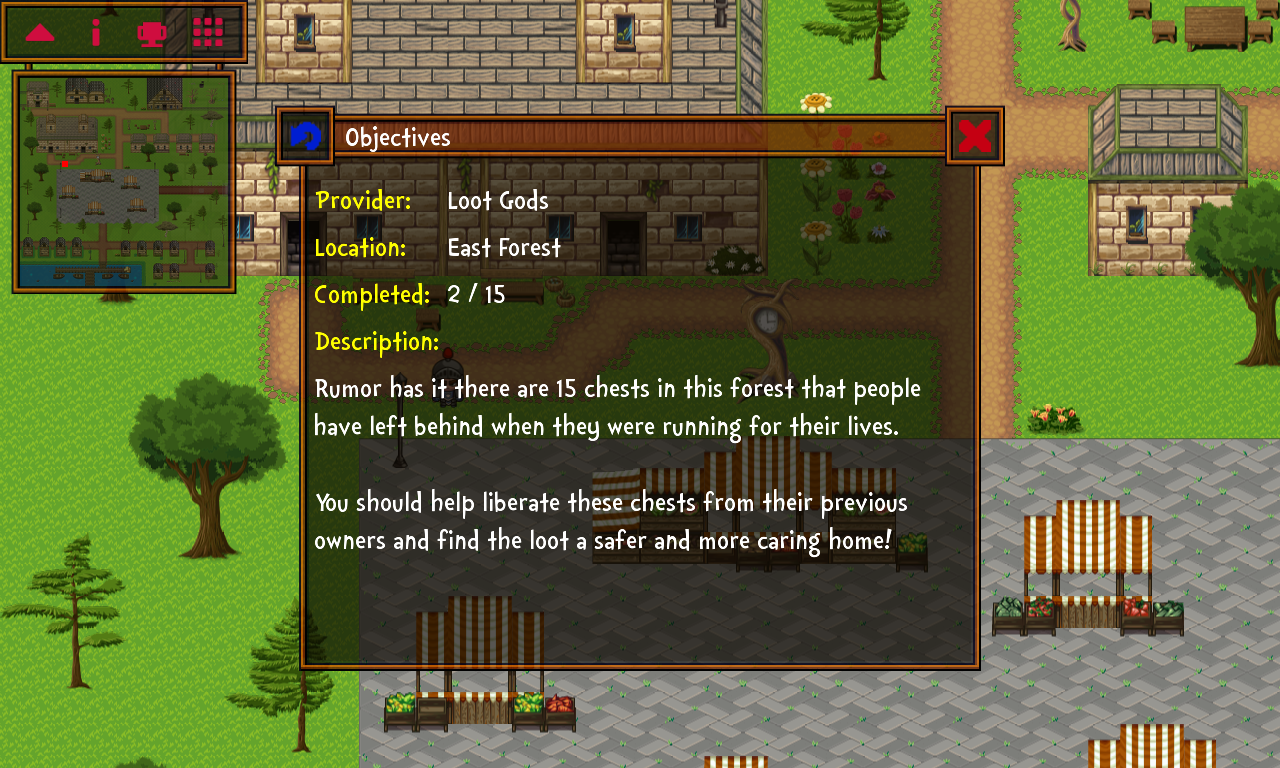 This little window gives you a really quick review of several pieces of game information: gold, residuum and the current amount of time played. This window will eventually contain many more parts, but for now is still pretty basic. Here's a quick peek at what it looks like: 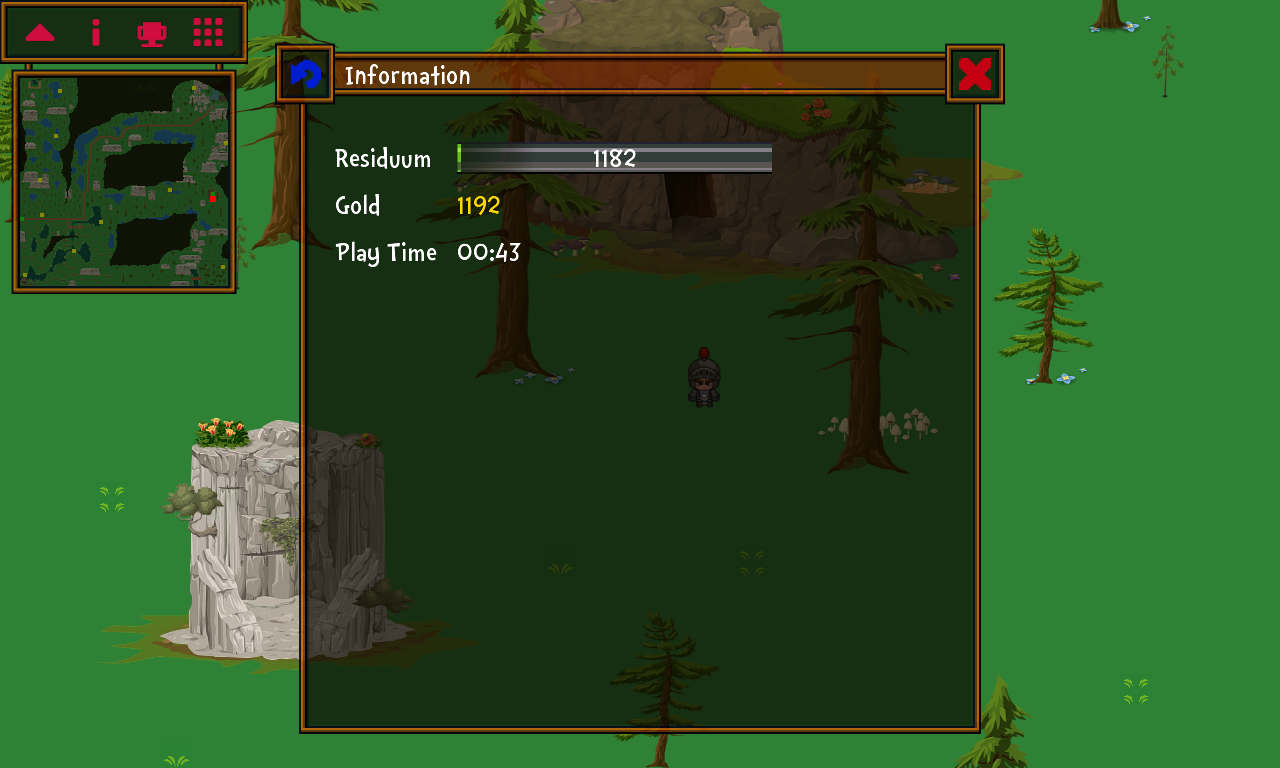 I also decided that I needed to update the navigator to provide additional buttons to access the new windows. This resulted in the top part of the navigator turning into more of a “tool bar” now.

Here’s a screen shot showing before/after of the navigator: 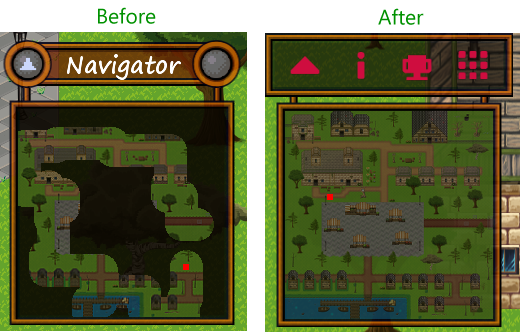 I've been meaning to create these for a while now, but never got around to doing it. This week I decided I'd better just get them done. This is just an initial cut of the two animations, I will likely return to it for additional polishing in the near future also.

I wanted to create some lower level weapon/spell boosting orbs for player to start working with early on. Due to balancing requirements, they cannot be too overly powerful at low levels, but I believe I've created a set that should be fun to play with. I've created some for up to level 12 (the game maxes out at level 50) and will certainly add more in the future. Here's a quick description of each one:

I've shown off the vendor windows before, but I hadn't yet placed them into the town. I've since added them to the main building just above the market square and added two NPC's inside. The Inn Keeper is a nice older man who own the joint and his son is holding up the fort on the shop side.

There is a fun little interaction between the two should you decide to follow their conversations. In the end though, you can end up having a small savings deal with the son, or if you peeve him off, you will end up here: