This week: Interface updates for Conversation and equipment descriptions along with the finishing of keyboard/controller support and a new interface to allow for custom mappings.

Posted by NetprogsGames on May 8th, 2016

It's been almost a month since my last highlights wrap-up article so I figured it was time to make another. Although many of the changes I have done recently have already been posted as other articles, some of the smaller UI changes made recently haven't been shown off yet.

I decided to remove scroll bars from the conversation windows and instead make it larger and centered in the screen. This gives you a less “cramped” feeling when reading longer conversations. I then went back through all the conversations in the mini-adventure and adjusted them to fit within the non-scrolling design of the window. Overall, I think this is a much easier window to read information from.

Here's a quick peek at what it looks like now: 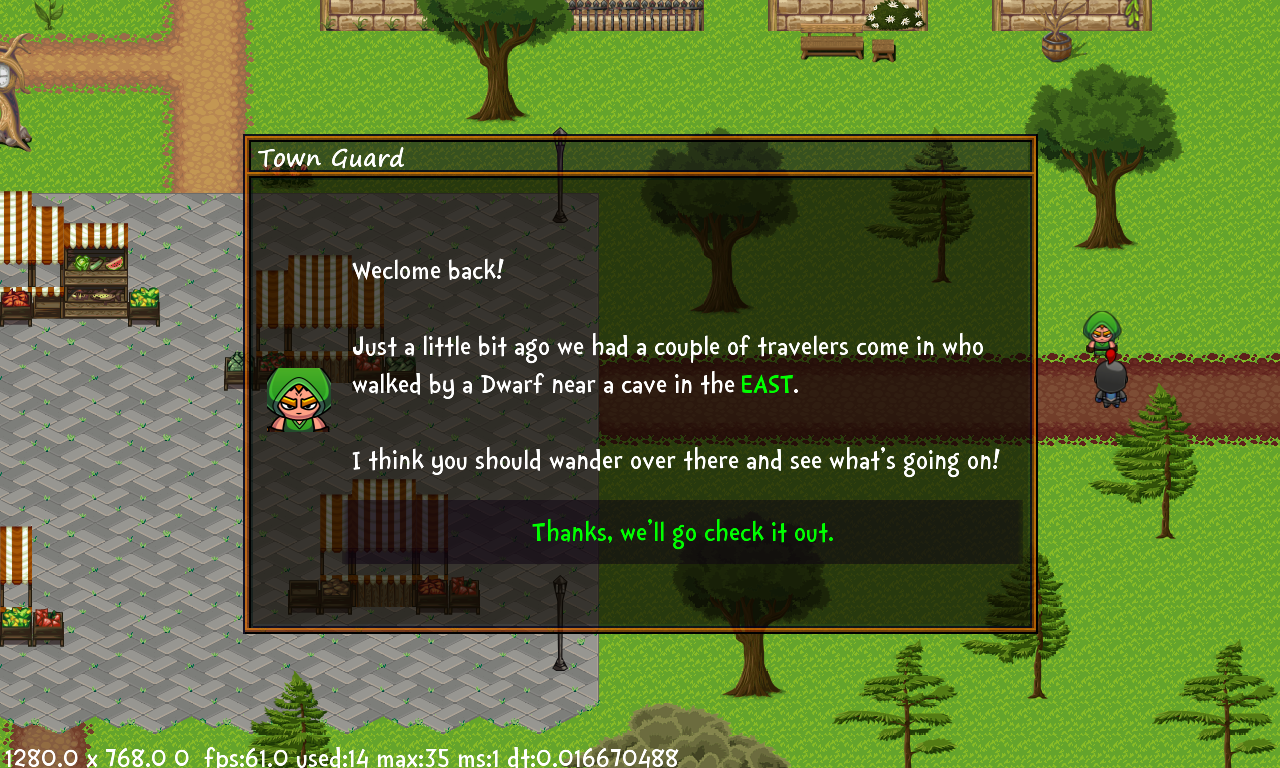 Continuing with the "cramped space" updates, I also decided to remove the previous lower description panel from the equipment window and moved it into a "popup" overlay that can be opened by clicking on a "details" button instead. Here's what the final result looks like: 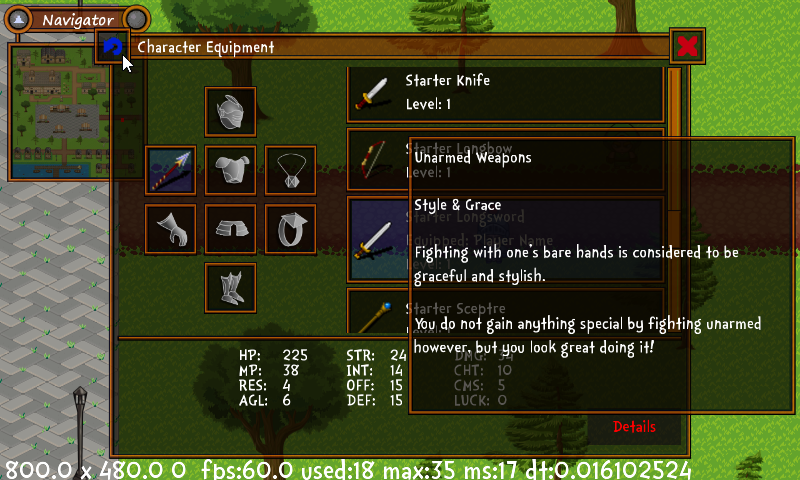 I finally wrapped up all the connections for keyboard (no mouse required for those that prefer that style) and controller support. Although the code is in place for controllers I still need to do additional testing with various controllers before considering it complete. This will come at a later date.

Along with the completion of these changes, I also added the ability to allow the player to customize the buttons to their personal preferences. You can do this through the options settings using this new window: 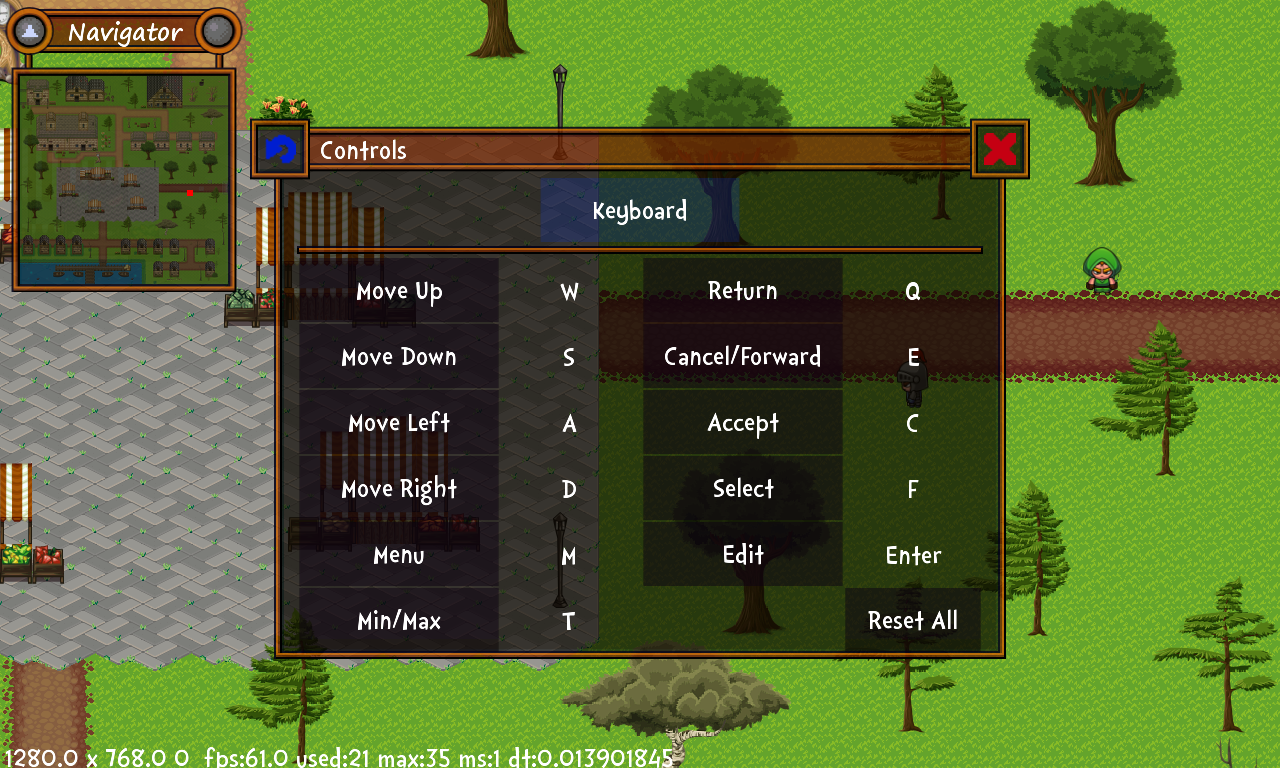 After working with some balancing numbers I realized that I'm going to need to have 5/5 digits in the console in order to display everything needed. The previous version had to be updated to add in a small amount of additional space in order to fit the new numbers in. Below is a quick picture showing the update (although rather minor)

I decided the forest area was looking rather sparse and needed to have additional tree's added. I've added in almost 2x the amount of tree's there was previously and might add in more later after further testing on small devices to ensure the FPS and performance does not get overly degraded by having too many objects on the screen. Right now the new amount of tree's seems to be working fine so I'll continue to monitor and will likely add in more later.

Here's a peek of a section that was updated: 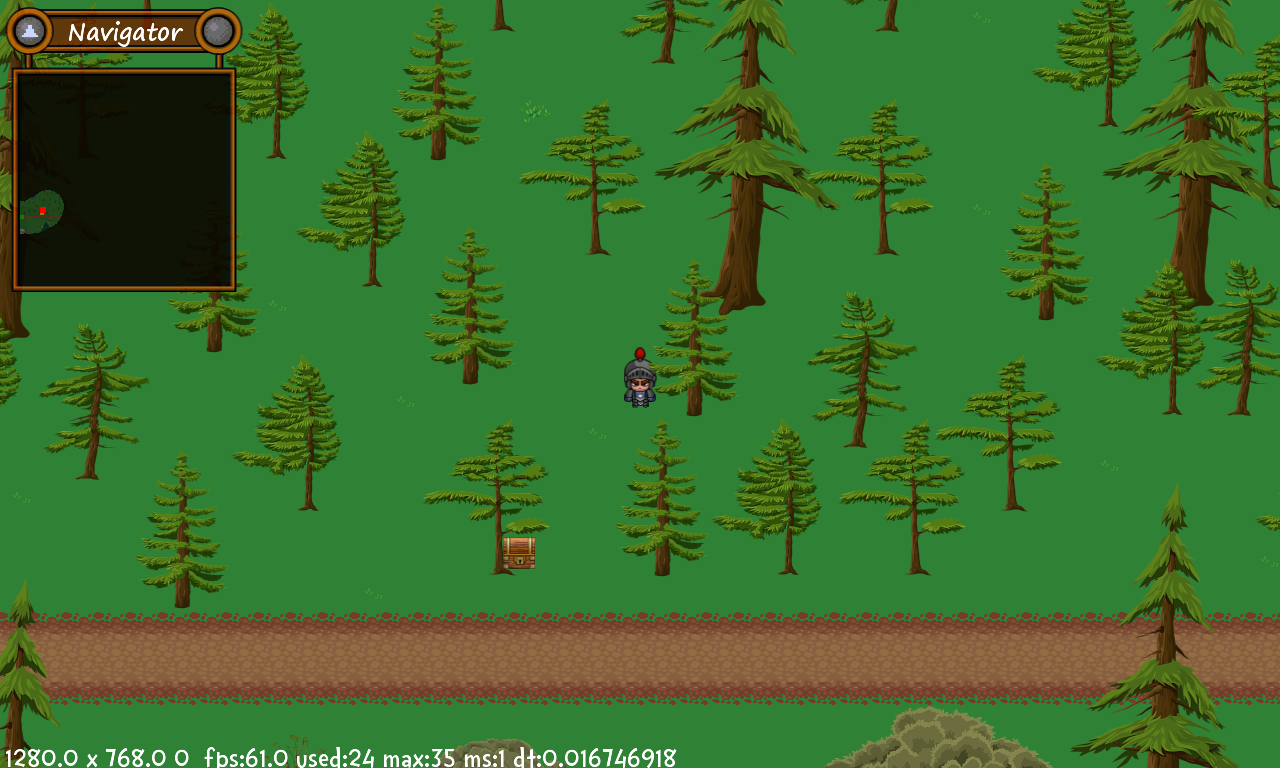