In this week's "Weekly Update" we go over how even the most randomly placed junk and debris can offer insight into the stories of characters around them.

Greetings and welcome to the twelfth “Weekly Update” for INT!

Before getting into the update at large, we here at Starboard Games LLC would like to thank you all for helping our project reach one-hundred-thousand combined views between our IndieDB/ModDB pages! INT has been around for a couple years now and it has been an honor to have received such widespread fan support for our universe of entertainment. Once again, we would like to thank you all for your amazing dedication to our game and hope to bring you all an amazing science-fiction/western RPG experience.

BREAKING NEWS: Matt Parkin, the Art Lead for INT, shall be hosting another streaming event later this afternoon/evening at 6PM EST. He will be painting, modeling, and updating a whole bunch of exciting assets for the game, so make sure to keep an eye on our Twitter/Facebook pages for more information!

Now, onto the update itself!

Following our recent update on futuristic furnishings, today we bring you an article which covers another important aspect of environmental design that is oftentimes overlooked; junk and debris. 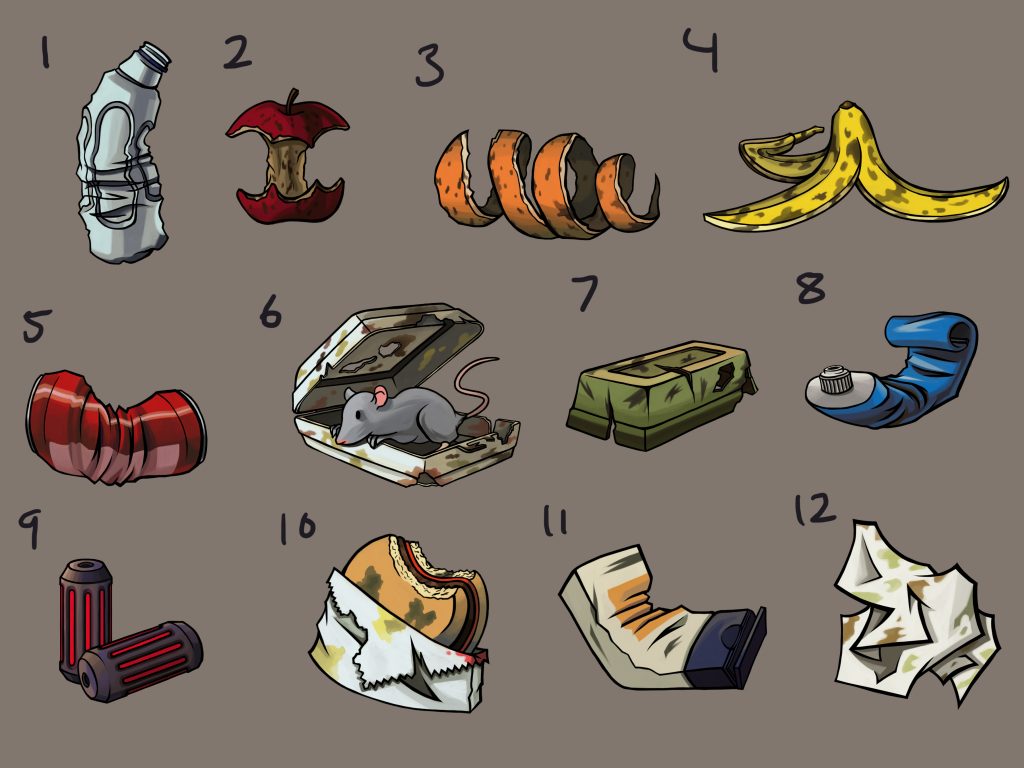 Unless you are a very curious, very hungry, or a very unique individual, it is highly unlikely that you have searched through another person’s garbage bin with much interest. For those of you who fit into one of those three categories, however, you already know that you can learn a lot about a person from what you find in their trash. Take, for example, the trash shown above. If we were to search through a garbage bin which contained these items, we would be able to come to a couple conclusions about them. The first thing is that they have terrible pest control since there is a living rat in their garbage can. More importantly, however, is that this individual was likely something of a health nut. We can discern this because, while there is a decent variety of food, the only morsels that seem to be eaten wholly are the trio of fruits while the hamburger has only one bite taken out of it. 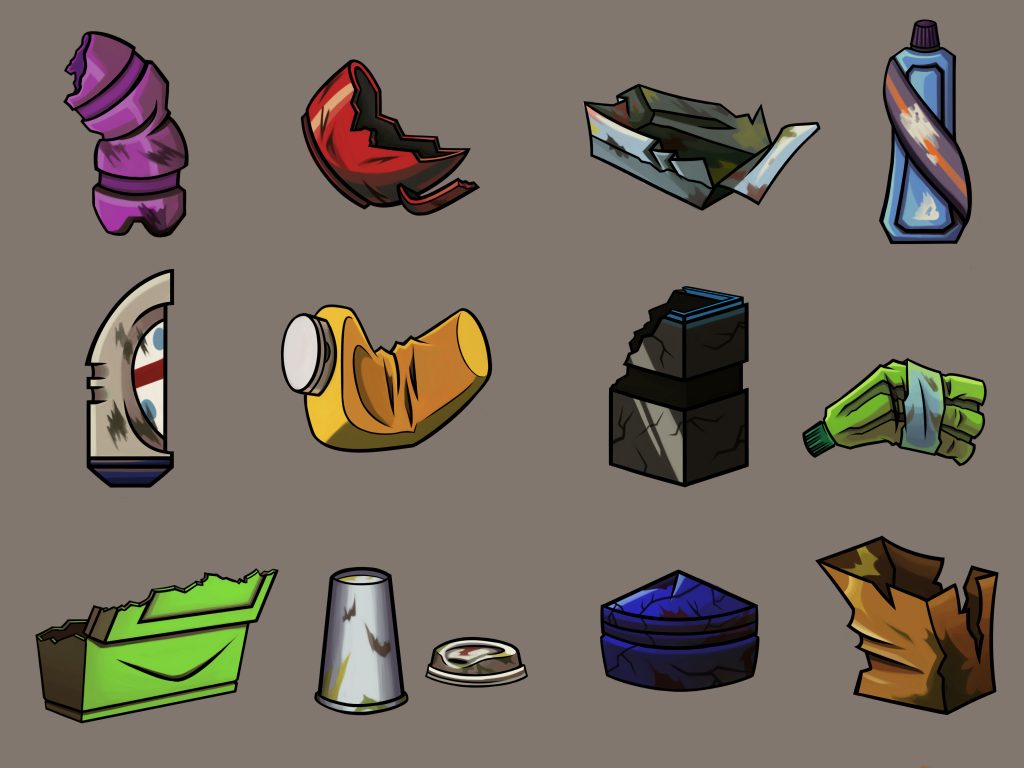 The same kind of analysis can be applied to the junk and debris you find lying around virtual environments. In fact, there are a couple famous games out there that are well-known for leaving clues to the main plot (Dark Souls) or insinuating story lines (Fallout Series) through the structured placement of otherwise useless refuse. This is something that we hope to accomplish within INT as well through placing rubble, garbage, and debris in ways that will enhance the player’s immersion and allow them to look into the lives of those around them. 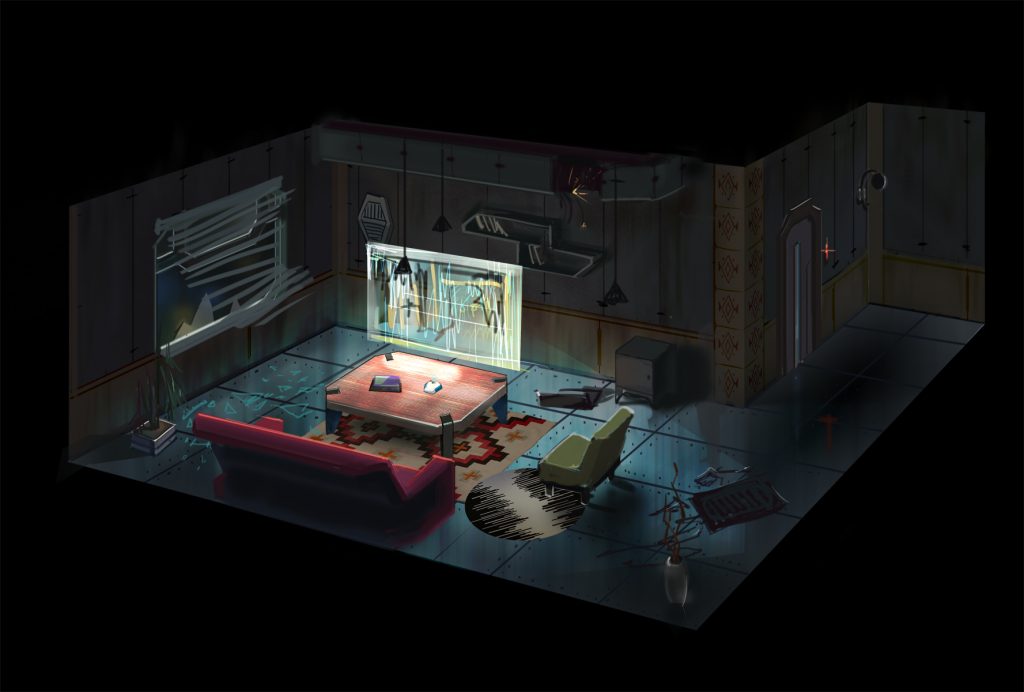 From the image above, we can already learn a lot about the person who lived there. First of all, we can pretty much insinuate that there is no one living in this apartment any more due to the state of disrepair in which the room has been left. It is also very likely that something outside, like a bomb blast of some kind, is what caused the past inhabitant to flee. This we can decipher from the window’s glass having been shattered from the outside-in while other parts of the environment, like the ventilation system and holo-screen, seem to have collapsed or gone on the fritz completely. We can also tell that no one perished here since there is neither a blood-stain nor a corpse in the immediate area. As such, we can assume that the inhabitant survived the initial blast and managed to escape the area with their life intact. 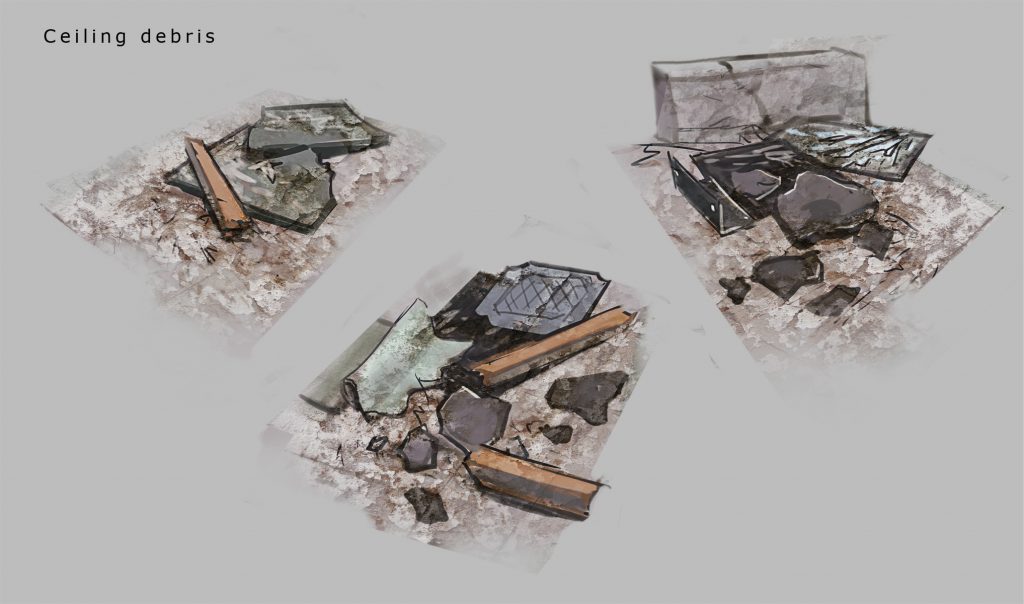 The city that players will make their way through in the demo is an active war-zone and will be covered in the debris of bombings and firefights. Many of the area’s inhabitants have fled for safety, hunkered down, or have perished in the crossfire and many of their stories shall be revealed only through subtle clues in the environment. Keep your eyes peeled and you will be able to discover deeper and deeper story lines. 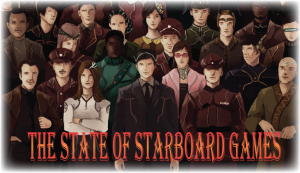 Seeing as this upcoming Sunday is Easter, the team is not entirely certain whether we shall be streaming a game on that day or not. Do not fear, however, as the “INT Plays D&D” group shall be gathering once more this Saturday to stream their crazy campaign of wrestlers, armored walls, trickster clerics, and highwaymen. Come and join them and witness the awful/amazing voice-acting a bunch of game developers have given their characters.

Since RavenCon is just over a month away, I shall most likely be reminding you all to pick up your tickets each and every “Weekly Update” until the event has passed. Quite a few of the Starboard Games LLC team will be headed to the convention this year and, as had been mentioned a couple times in the past, we not only have a table at this year’s event but will also be hosting a convention build for the game. We look forward to seeing some of you there and chatting with our followers. 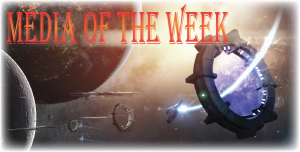 This week we are moving onto the next planet in the solar system after Saturn. I am, of course, talking about the awkwardly named blue gas giant of Uranus. 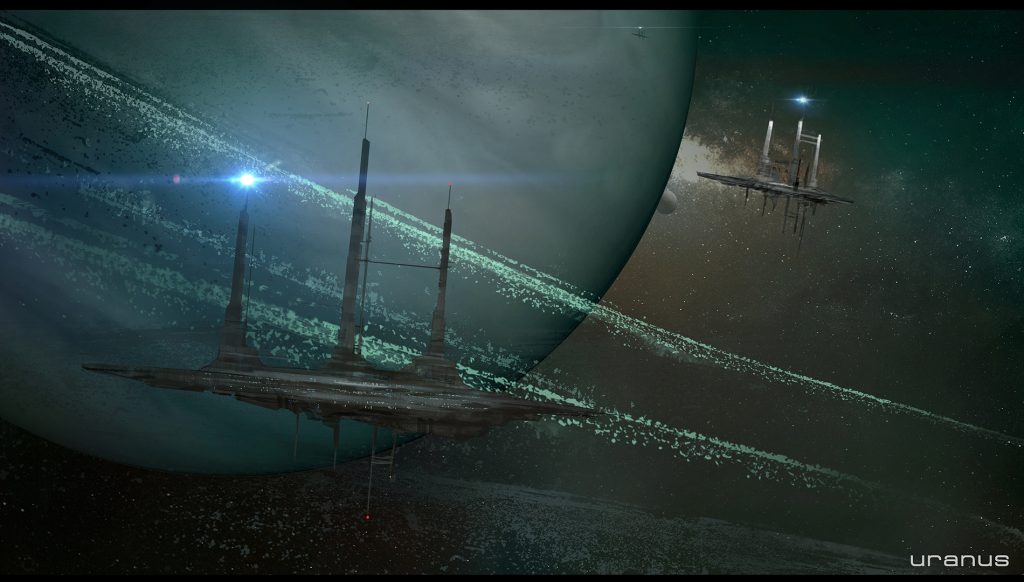 The once-bustling planet fell out of favor due to its unique magnetic field which often disrupted instruments on those research and production stations which maintained orbit around it. Uranus is all but a ghost town at this point, many of the older facilities having been abandoned in favor of those around Jupiter or Neptune. Those few laboratories which still are operational are those which are attempting to study this strange planet and its strange magnetic field. Who knows, maybe they can find a greater use for it with enough research.