The first weekly update of the Pragma! See what's new!

This week I've been busy with a few things including setting up and securing new server, getting g++ to compile for a 64 bit but without a doubt and finally improving Pragma in a free time!

The first thing to rewrite completly in Pragma was console, it's a pilar in development whereas you want to modify something without reinventing a wheel one more time. So, first I had to create CVars, known as "Console Variables", where I could keep many settings of the game including screen dimension, mouse sensitivity, colours of console background and more. It took me some time to add CVars for each part of the engine and make sure that most of core settings could be modified. Now I had to store a configuration in a file and that took me probably 15 minutes to write and test. But then I was still without a working console.

It's good to have a concept, and in this case I didn't had any for console, which resulted in rewriting code after it became messy, now it's pretty clean and readable. If you're currently developing your own game then allways think about what features you'll need, how complex they are to implement and how to introduce them without complicating your code. 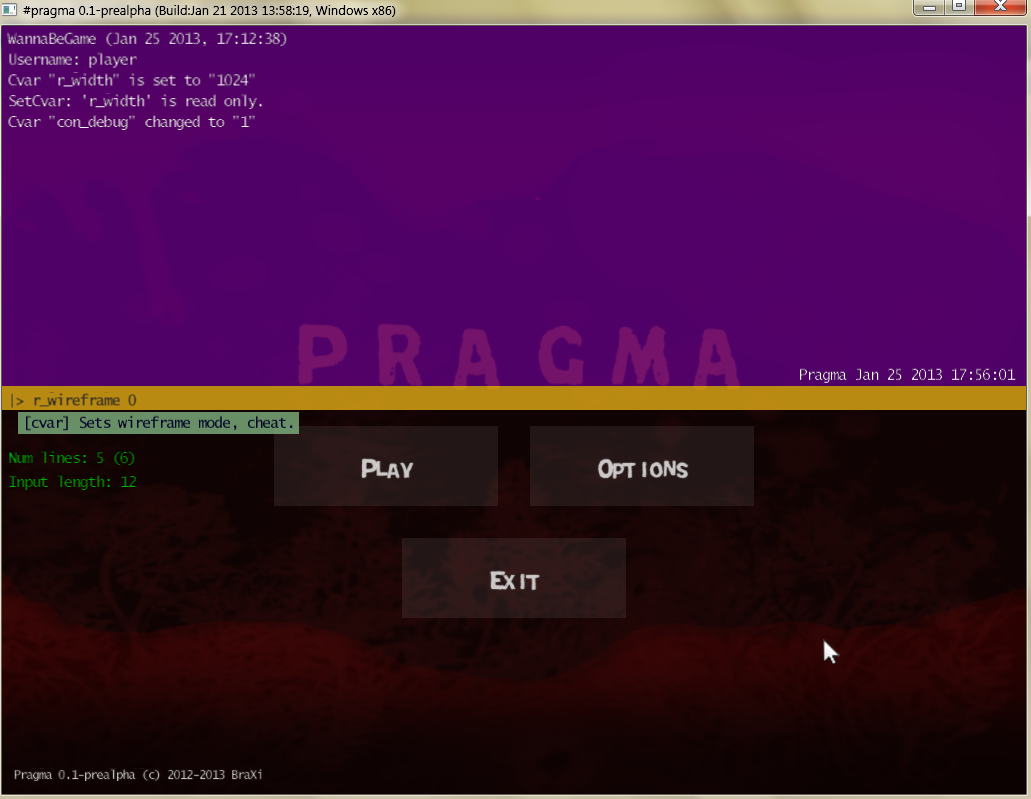 It can print informations, show you description and value of certain CVar and command, scroll up and down, it remembers your input history and of course it allows you to modify settings (which was obvious, but worth repeathing here).

At the other side I was mostly writing under-the-hood code and fixing known bugs which aren't worth mentioning here - just dirty work. I'm still working on renderer which, when ready, should be capable of rendering many shadows and lights at the scene. Currently it's not worth showing screenshots of lit meshes so you'll have to wait untill it's done.