I discuss all the features added this week, such as pawn movement, collision updates, and more!

Hi there! Welcome to this week's recap. I've been working on Checkmate during the entire week, and once again I've done quite a lot of things!

Before anything, let me notify you that I've also got a Steam Concepts page up and running here. If you don't like commenting on IndieDB, feel free to press the Like button or leave a comment on Steam instead!

As always, there is one big feature and a couple of small features (and loads of bug fixes). This time I don't have an overview video, but this means I'll have an extra packed video for next week!

* Replaced a bunch of models
+ Added a bed, which allows for more pawns in each building
+ The amount of pawns in a building now influences the speed of the machinery
+ You can now add furniture to regular houses
+ Added a flag model, which displays where the pawn has set it's goal
+ Added a counter to display the amount of pawns in one house
+ Wrote a custom pathfinding script for easy future edit
+ Added a tracker, allowing you to see where each pawn is going to
+ Added an option where you can move pawns

Moving your chess pieces around is, of course, a big and important feature. Yet, I hadn't really done anything with it, because of unknown reasons. I realized it was time to add it in, and I've been working about three days on this feature only.

Here's the result of all the hard work:

As you can see above, you can select a pawn, tick the move option (the little flag in the bottom-left corner), and select where you want the pawn to move to.

Although this mechanic may seem really simplistic, it required a custom-written movement script, which was quite the pain to write. Below, you can see an early version of the pathfinding mechanic, with some debug display.

I really like the debug display, and decided to go with it for the final version.

There are still a couple of bugs with the path display, but those'll be sorted anytime soon (I know how to fix them, will do that tomorrow).

Another fun feature is the new piece of furniture for your buildings; The bed. A bed allows you to have more pawns in each building, which overall effects the efficiency of the building. Naturally, this will end up costing you more resources to maintain them, but they have no negative effects (unlike a lot of machines will do).

As you can also see in the image above, you're now fully capable of adding furniture inside houses. This means that you'll be able to specify furniture for all buildings now!

In addition, I've added a pawn counter, which keeps track of the amount of pawns inside a building, and the amount of slots still left in there. The .gif below demonstrates how this works:

I've also been changing a bunch of models, in order for them to fit together. Previously, every roof had a slightly different colour red, and some buildings had more detail than others. I wanted to add some equality between the buildings, in order for a more consistent look.

Below you can see an image of the three new building models: 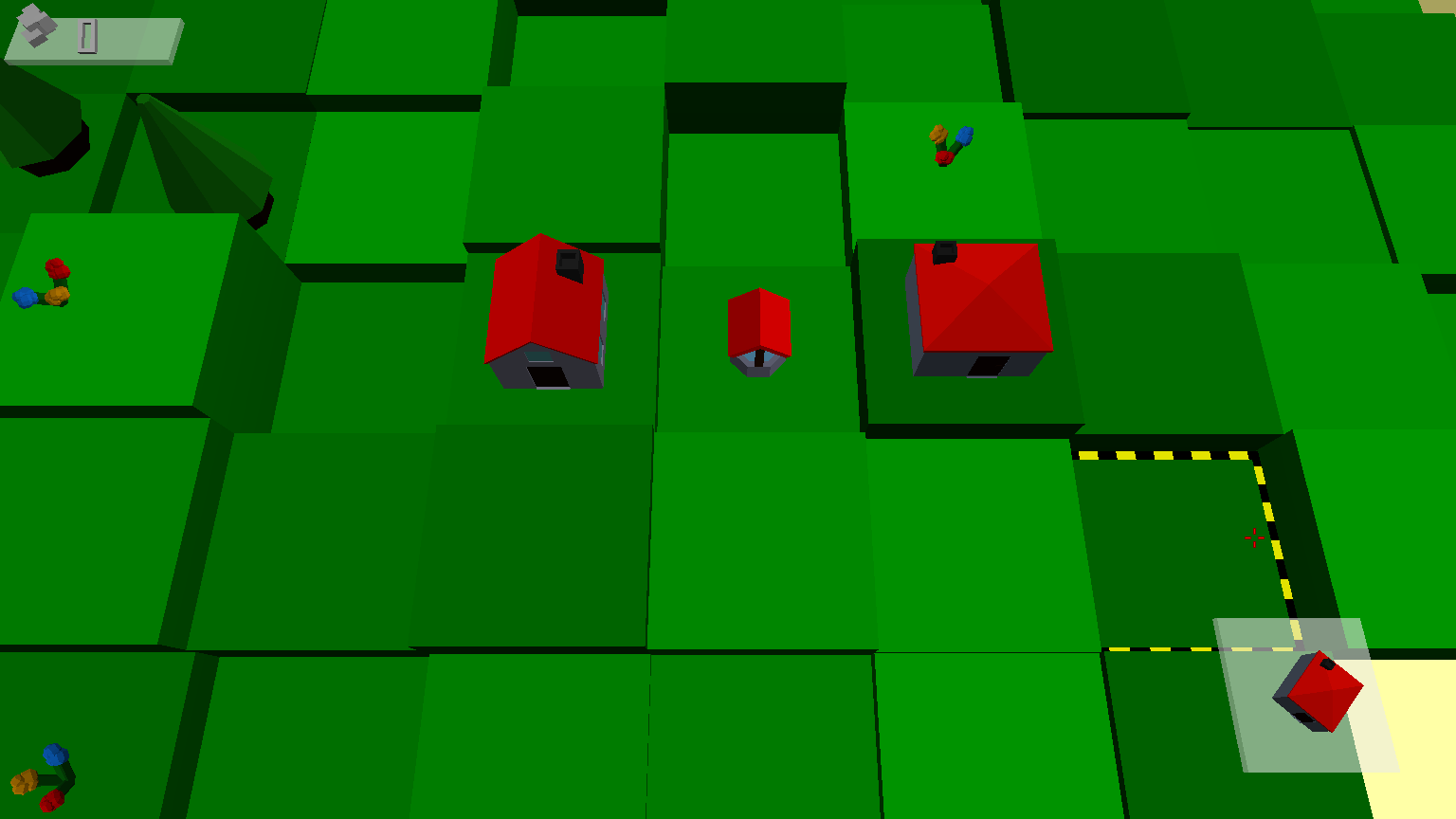 They now fit together a lot better!

I've also re-modeled the king and pawn. They now have different neck lengths, instead of being the exact same (just like in regular chess!). 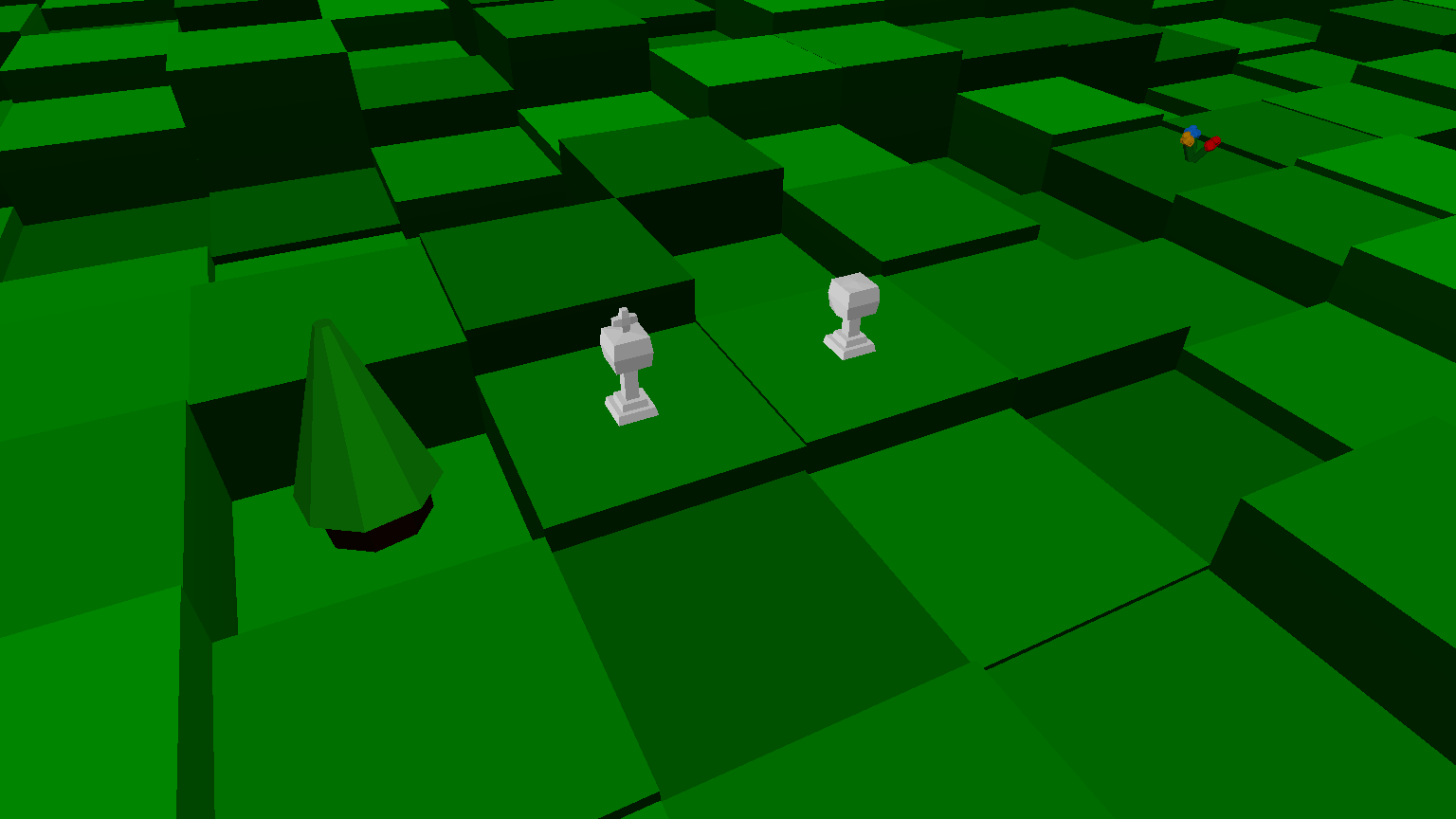 I might shrink the pawns a little further (or perhaps shrink their heads), but for now, it's good enough.

The bug fixes and small adjustments

It's quite the bug fix list in comparision to last week, but a lot of bugs occured when writing the new pathfinding script (most of which I didn't even know existed!). Movement and pathfinding is finally fixed now and there should be zero to (almost) no other bugs within this system.

In this new part of Weekly Recap, I'll discuss the things I'm willing to add / fix next week!

There are still a couple of annoying bugs around the view, and I'd like to get them fixed. I've been attempting to fix them this week, but I haven't really gotten anywhere, which is annoyingly frustrating. Hopefully I can get round to them next week.

I now want to start integrating the castle into the gameplay. Have it define build limits, have it generate new pawns (instead of having one in a house by default) and allow you to extend the build limits by either waiting or doing things to the tiles (not sure what yet).

This is a pretty big part of the game, so I'll probably work on that feature only next week. I'll try to squeeze in some extra features I can dream up on the fly or deem neccesary to continue progress, but apart from that, I'll see what I can do.

Have a great day, and see you next week!