Things I did this week for the game include character models for supporting cast, new health bar and in game indicators for navigation and the scripts that go along with that.

Most of the week was spent creating the supporting characters in the game in Sculptris. Below is a wolf enemy Character in sculptris.

I export an Object file from Sculptris and open that in a program called Instant Meshes. This software converts the triangulated mesh that exports from Sculptris in to a mesh made up of Quads. Quads are infinitely easier to manipulate when skinning and animating the mesh in Blender. I can also more easily reduce the number of quads by target welding the vertexes as needed. 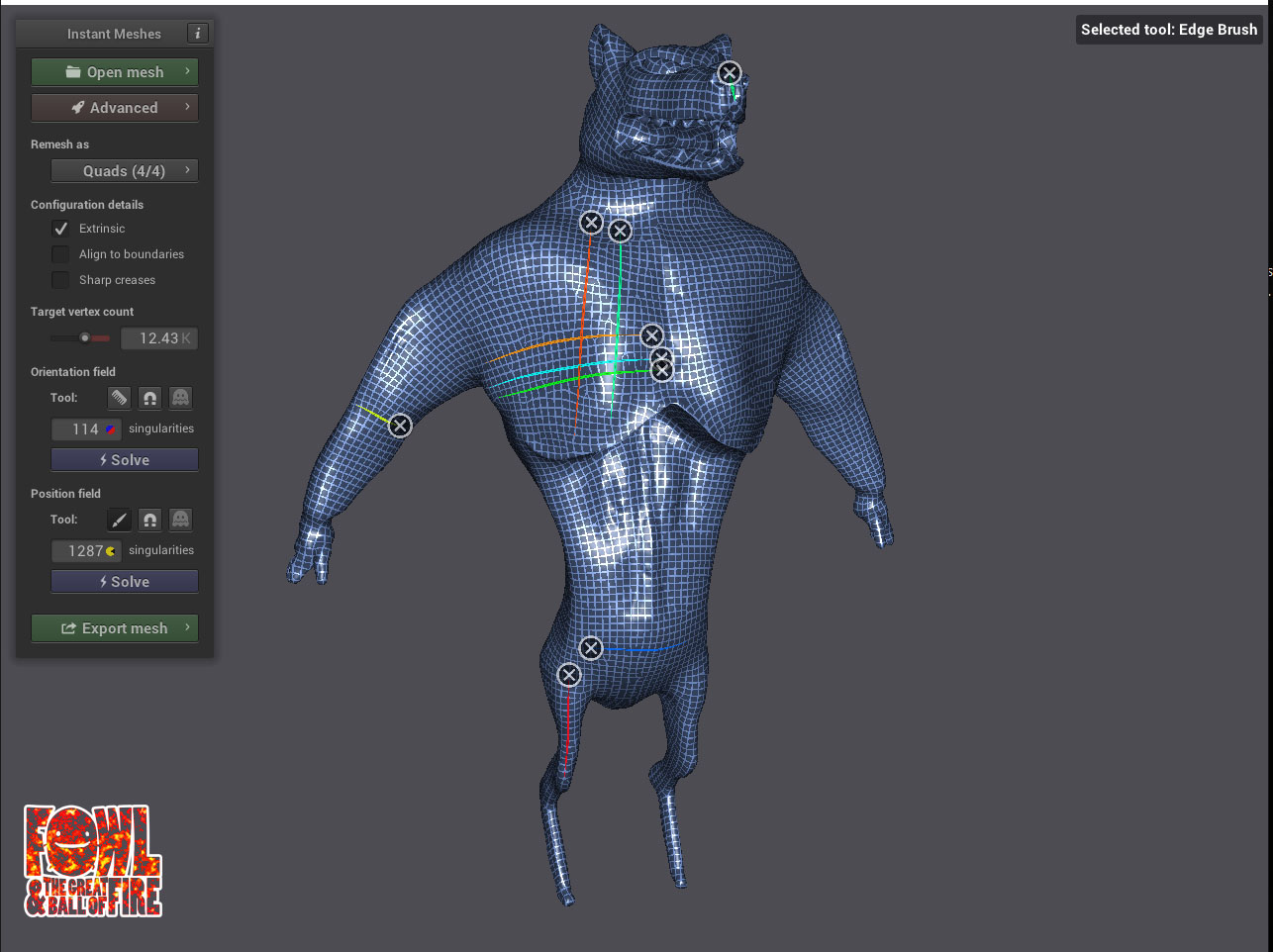 The next step is to clean up the mesh a bit, then I'll rig it, then animate the basic movements, a run cycle, attack and death animation. I'll leave them untextured until all of the gameplay elements are finished and the game is almost ready to release.

Also this week I finished two scripts. The first one is an circular indicator halo that is a visual aid that points to the location of the great ball of fire when it's off screen. The second is an on screen "health" bar similar to Issaic's spine suit in Dead Space. Fowl's ears and colored stripe on his fur will change color from Yellow to a dark blue based on how close he is from a heat source. 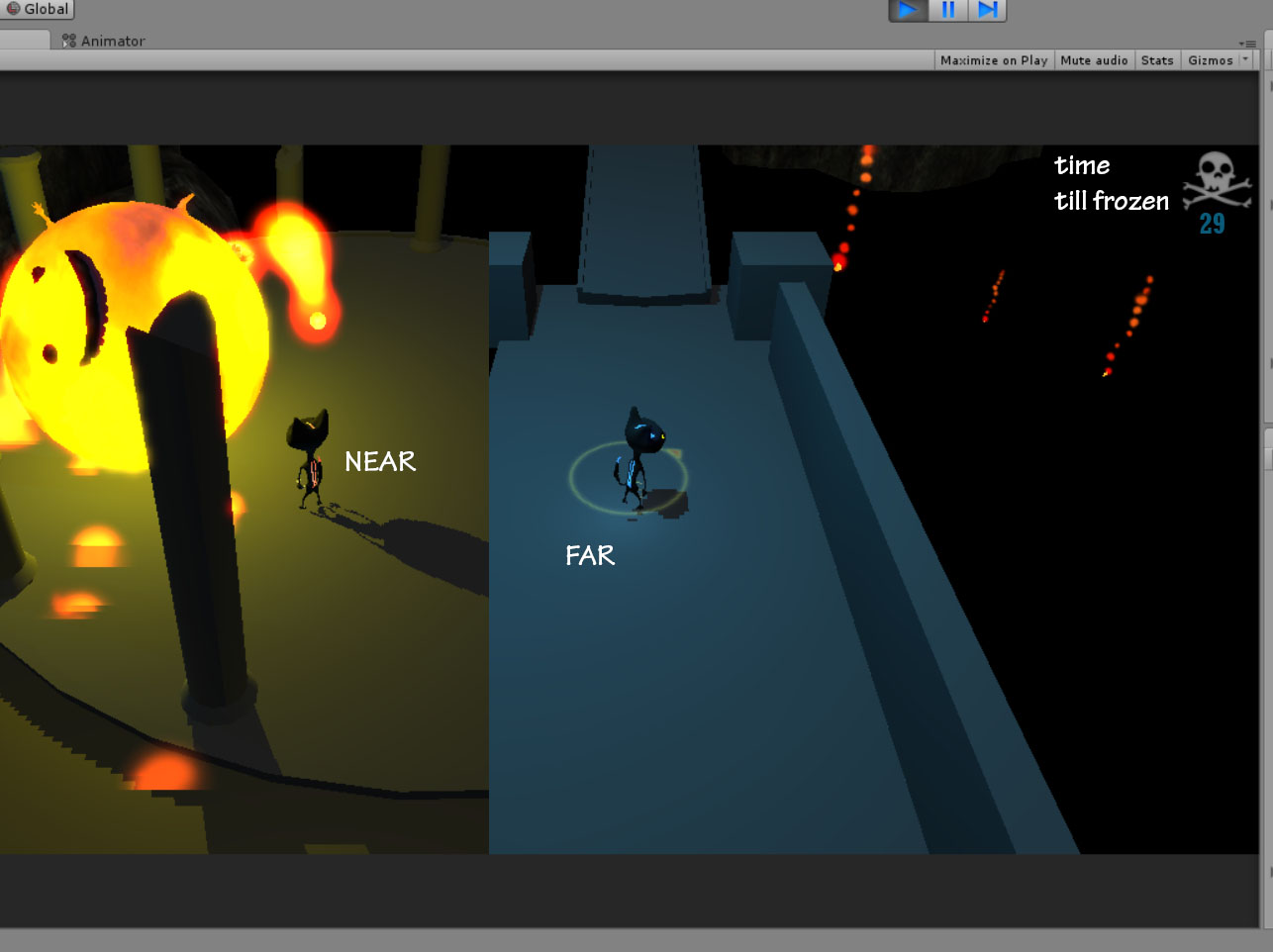 In the game Fowl needs to stay close to a heat source or he will freeze. There can be multiple heat sources besides the ball, like torches, or lava, so this indicator has to keep track of where all of the heat sources on the map are at any given time and adjust to account for those changes. For example, when a tourch urn get's lit that Urn is now a heat source, the script now has to add this to the array of sources and decided which one is closest and use that as it's value for fading the fur stripe. This was really hard for me to make took two days of testing to get it right :/ 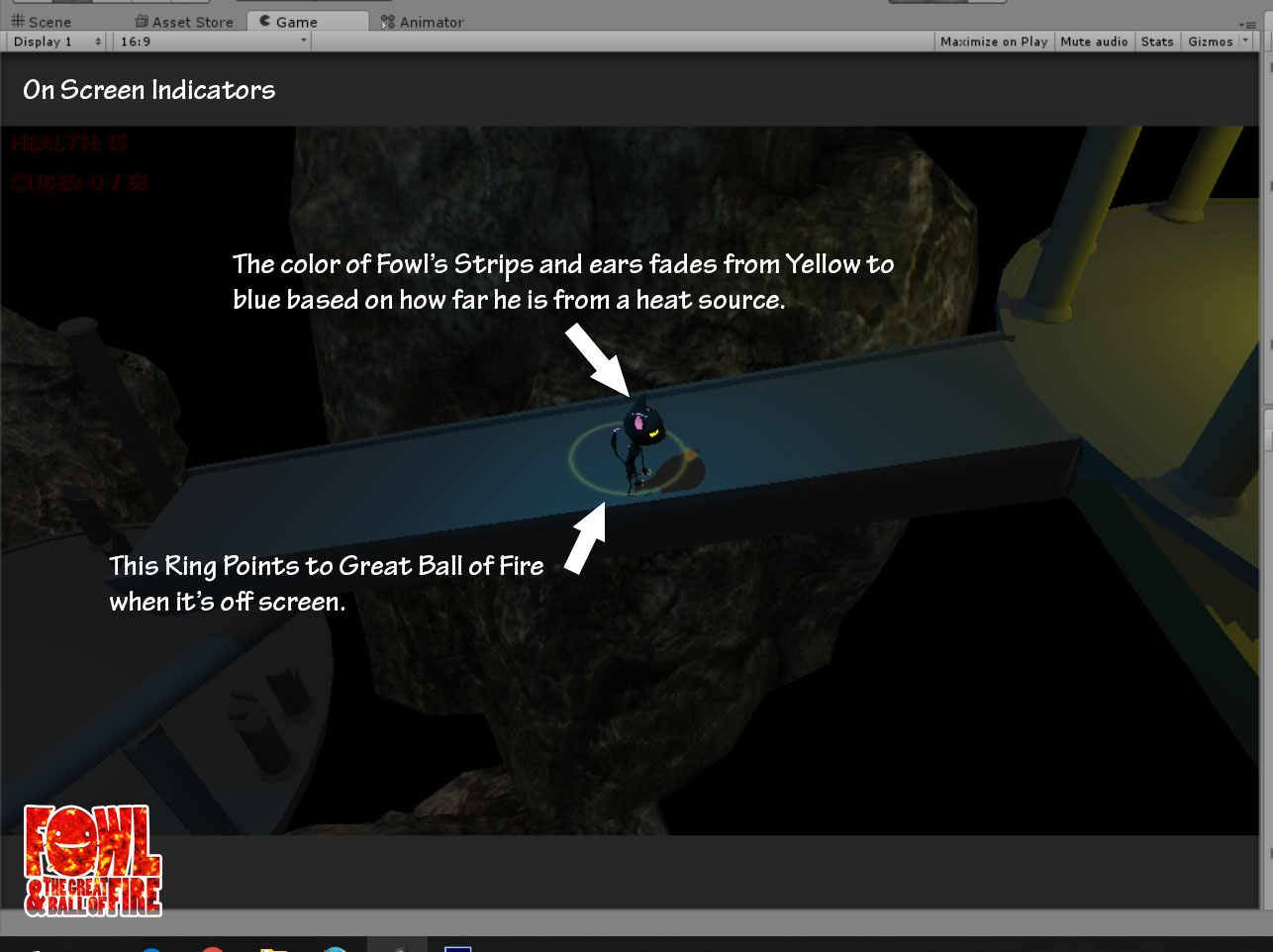 That's all for this week. Next week I'll be working on adding a swipe attack animation and the death / checkpoint / progress system.