One week passed so here’s another compact summarized devlog for A Game of Changes :)

Objects that stand in the way between the camera and the player are now made slightly transparent, so you can always see where you are going

A new tile effect has been added to aid in the mechanics and create interesting puzzles. You can only step on this tiles once, after they they disappear (need to work on the “disappear” effect, I know). This effect can be applied to any tile, even if it has other functions too.

Yesterday I had to really push my brains to work out a nice flow for the game levels. Its not easy adapt the I Ching to a game because the player could get stuck very easily. I had to use a huge paper to draw the level’s connections and understand where problem might occur 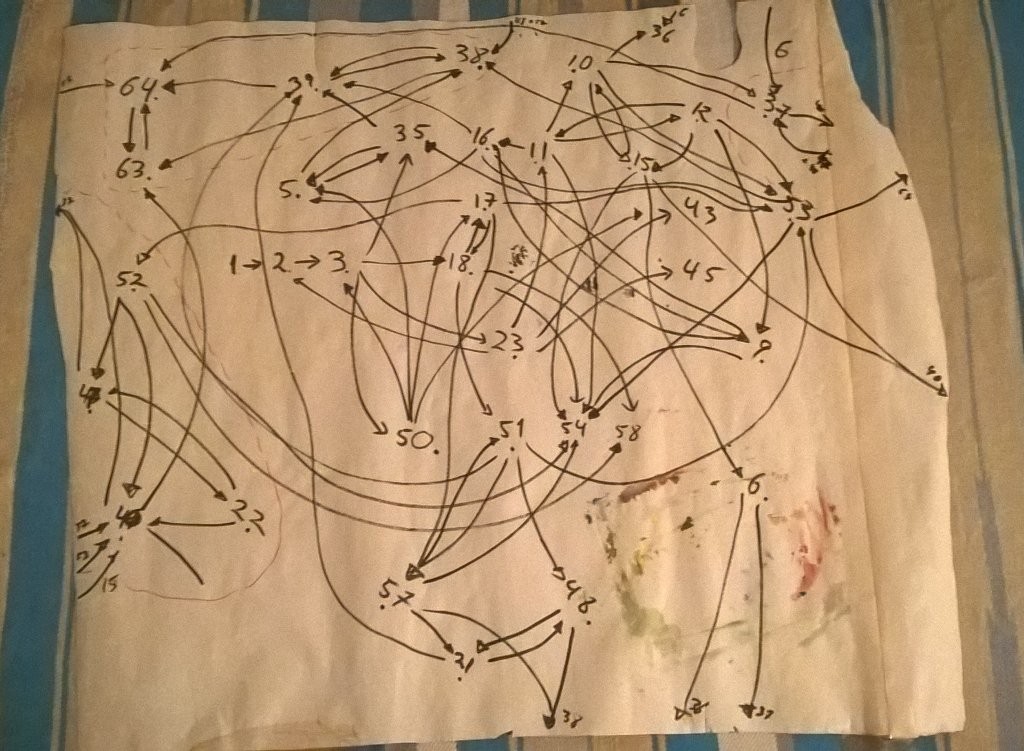 With that solved, I added to the game another important aspect of the I Ching: changing lines. With that, I introduced the first pickable object, after which you can toggle to change lines in the final hexagram. Demo video:

Next week I hope to show you some better animations as I expect to have the character walking animation ready :)

Don’t forget there’s a google form to subscribe to the game’s launch notifications. See you next week or, for daily news, get your info via twitter or the devlog at tigsource.