The Unity rebuild of Kozmic Blue continues this week. In this recap we discuss new changes to the Designer. Tweaking in the Physics engine, and finally settling on a art style. Oh, and an iOS build too.

The Unity rebuild of Kozmic Blue continues this week. In this recap we discuss new changes to the Designer. Tweaking in the Physics engine, and finally settling on a art style. Oh, and an iOS build too.

The biggest change is finally getting the brush properties logic working. The hooks are in place now to rapidly begin building the remaining brushes for the game. Eventually I will be working a Theme manager into the game so that you can pick from a list of different Color arrangements and Artwork styles.

What is really nice about the Designer now is that I can actually start building levels for the Game. Because this is a remake, my first priority will be to start building the framework of each of the existing levels of the original game.

There are currently four different Layers for each level. Each layer represents a different set of building blocks for the level. For example, there is a Blocks layer and a Widgets layer. These are all grouped together so that the logic for saving and building levels stays cleaner. Additionally, because we are using the Unikron Sprite Batching, seperating the static sprites from alive sprites was crucial.

You will also notice that a few new Tools have been added. I will be adding some basic shape tools to make building levels a little easier at the beginning. It's kind of funny, I really thought that adding a Tool to draw lines was going to be easy, as it turns out I needed to do some actual research on the subject. You can find more information here: 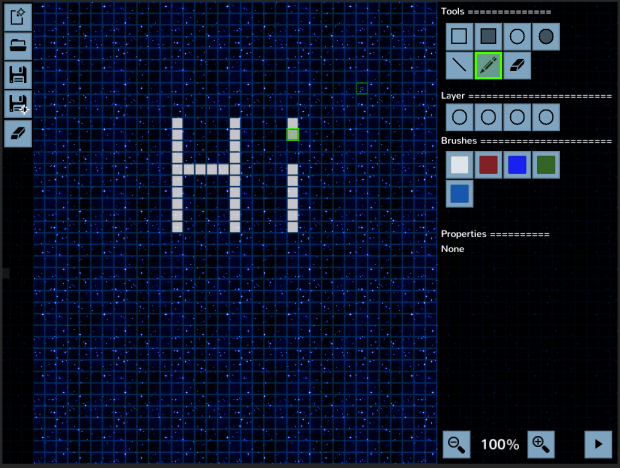 Speaking of Artwork, I dabbled in using Pixel like graphics for a while, but in the end I have decided that I really like working with Inkscape, and it gives me the results that I really want for the game. As you can see in the two images below, they look quite sharp.

I really like the flexibility of Inkscape, and being a programmer by heart it allows me to create artwork more procedurally . There won't be very much animation in this game, so that makes things a little easier as well.

One the game front, not much has really changed here other than some tweaking of the Physics logic. I am still plagued by the occasional "reverse" bounce. I thought this was happening as a result of the sprite hitting two blocks at an intersection. I was able to rule this out based on creating a large seamless collider. The same results.

Work this week will be leading up to another Alpha release of the game that I hope to publish next weekend. The goal is to have the scoring system in place, and add the Gems and Little Blues to the game.

Use the following links to play the game or try out the Designer in your browser (Unity plugin required).

That's it for now, till next time. 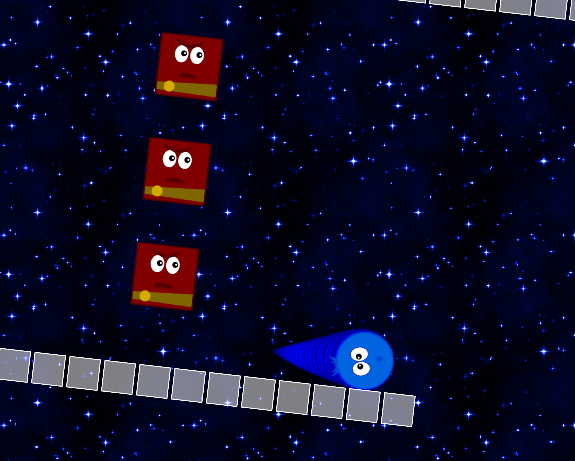