Absolute Territory started the Chinese New Year celebrations with a sale and what better way to end the celebration with a 40% off weeklong sale! Read on if you would like to know more about the upcoming VR update and other features and fixes?

Posted by centaurianmudpig on Mar 2nd, 2021

Save 40% off Absolute Territory on Steam, Humble Store, Microsoft Store, Itch.io, or Gamejolt.

Plans are in progress for the next major update for Absolute Territory. Along with performance improvements and video options to improve performance on potato PC's, there will be an optional VR mode added to Absolute Territory, a new alien cockpit, campaign story changes, and improved missile-seeking behavior. Read on to learn more.

For the last couple of months, I have been putting my efforts into adding optional VR support. It turned out to be more challenging than expected, but it's coming along nicely. You will get to fly your space fighter while looking around a fully modeled cockpit in VR for all flyable fighters.

A new alien cockpit model has been added for all the flyable Endophora (Enemy) fighters if you choose to fly them in a custom mission. Basically, all space fighters now have a 3D modeled cockpit to look around in both VR and non-VR.

For improved readability and comfort in VR, all menus and the majority of hud elements have been added to a curved surface. The curved effect means you don't need to strain your eyes when looking at corners of the menus. A menu scaling option has been added to increase or decrease the size of the menus for individual player comfort. 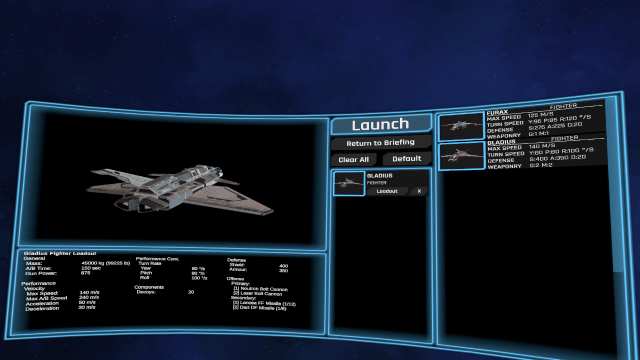 For certain cockpits, decorative panels which took up too much screen space have been removed. Flying the Argonaut now provides a much larger area view than before for your unobstructed viewing pleasure.

Flying through Hazard (Asteroid/Mine) fields will feel much smoother than the last update with code optimizations. For those still struggling with FPS on potato PC's additional video options have been added to improve frame rates when flying through Hazards. The biggest gain will be seen by lowering the Asteroid Field Debris Density or turning it off.

Missiles are better than ever with improved seeking and target re-acquisition logic. Missiles requiring a front-facing lock type (i.e. Heat Seeker, Image Rec) on a target have increased tracking the closer to the target preventing any last-second veering off bringing significant accuracy improvements.

Missiles entering a holding pattern (spinning around in circles) while they seek a new target will now use their full-throttle setting when a new target has been acquired and actively seeking. On the downside, you can no longer drag race your own missiles.

No! The above I can talk about in detail as they are already functional. Plans are afoot for more, including:

Feeling the need for more missions?

This powerful level editor allows you to create conditions and instructions which respond to the player and other in-world events with an easy-to-use interface with plenty of help to get you started on the F1 key. 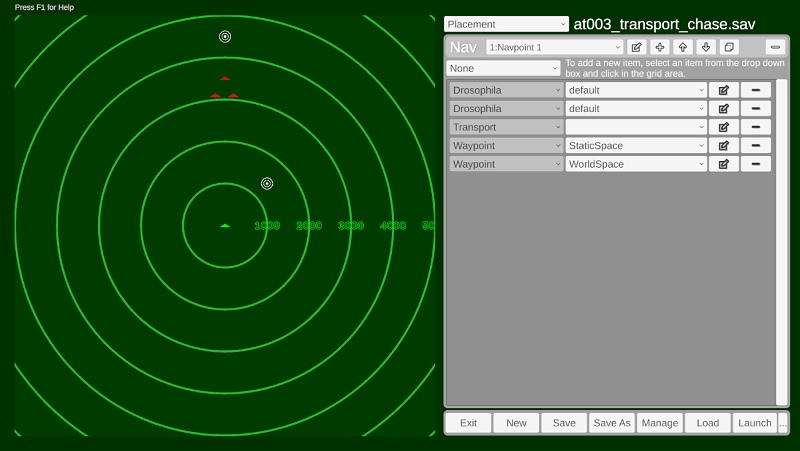 If you just want to jump into new missions visit the Absolute Territory workshop, subscribe to existing missions, jump into the game and choose the mission from the Simulator under Workshop missions game type.

Don't forget you can save 40% off Absolute Territory on Steam, Humble Store, Microsoft Store, Itch.io, or Gamejolt. Be sure to leave a review as more constructive feedback will help towards choosing future developments.