Weekend Drive is now out in Early Access (Steam link below). Weekend Drive is all about being a fun and potentially challenging experience. The game is primarily a first person shooter and you can drive vehicles. In Weekend Drive the environment is completely destructible and you can pick up and throw items, or run over enemies with your vehicle, or crash into buildings and demolish them. I started development back in 2015 and slow and steady I've finally reached a point where I'm able to release Weekend Drive as an Early Access title. In late 2015 the game received a lot of publicity by jacksepticeye playing and enjoying it, but it was far from where I needed it to be for an Early Access release and so I never released it till now.

As of today there are two game modes, Final Survival and the Long Road. Final Survival is a battle mode where you must destroy all enemies and their spawners. You start with just a crowbar and you must earn credits to permanently unlock better vehicles (16 cars and trucks and 1 helicopter), weapons (10 ranged and melee weapons in total), and allies (2 at the moment). There are two powerful giant enemies that you must defeat, the giant zombie and the alien mothership. There are three groups of enemies with variations within (zombies, aliens, dinosaurs). With time I aim to add more enemies such as evil mercenaries, robots, super bad guy, and whatever else I come up with, and of course more weapons and vehicles. In the Long Road you have to get to the end of the road and get past all the enemy encounters and the meteorites! Also you can earn credits which you can use towards Final Survival.

T Rex hopes you have a great weekend! 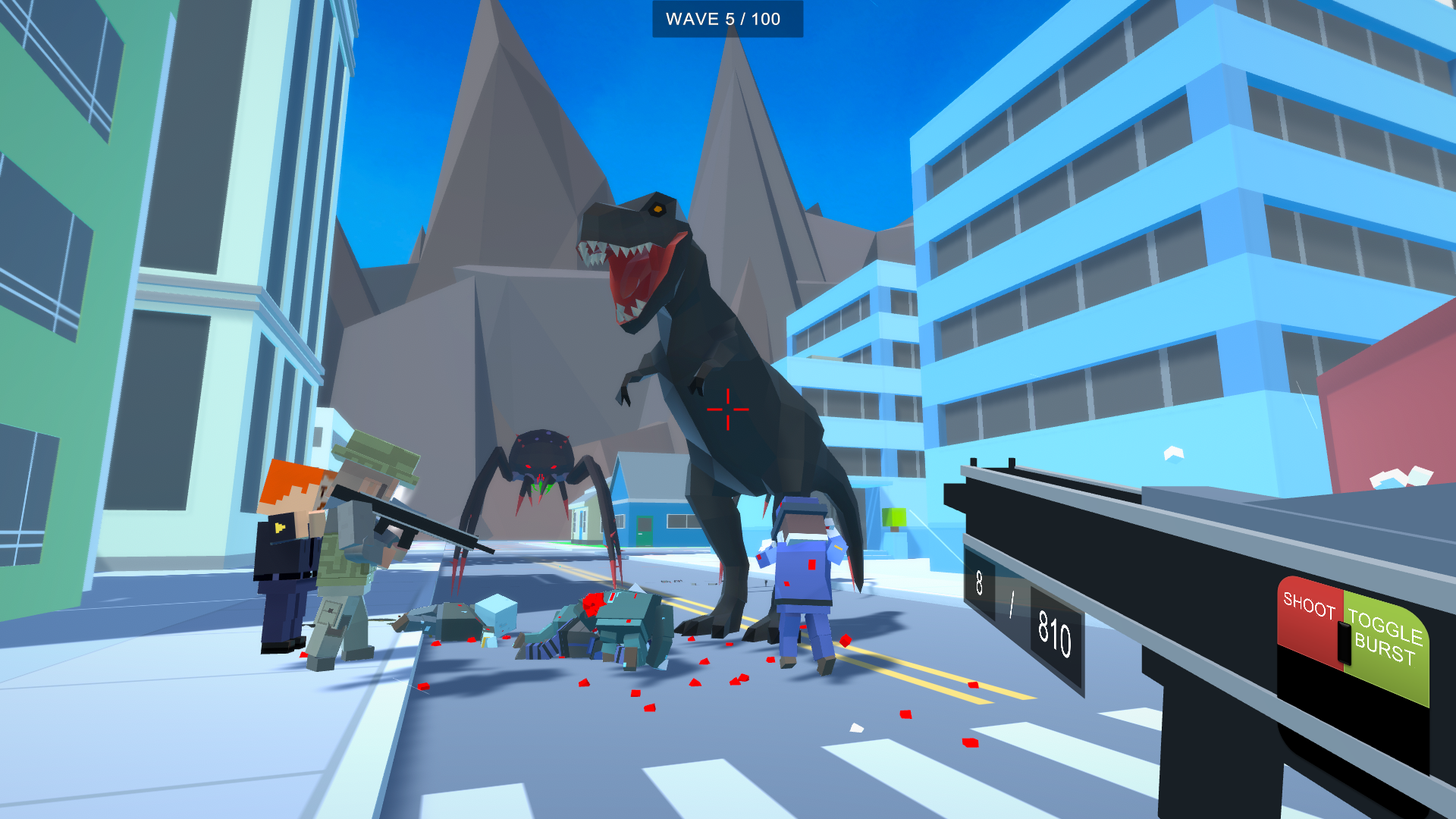 I do hope you play the game and leave me feedback! I have a YouTube channel and a website so that you can stay up-to-date. Twitter @looqmaan_GTGD.

Thanks for dropping by!