This week a lot of new things has been added, such as GUI, Animation, SSAO, new modules, gradient mapping and lots more. Read the full post for all details!

Hi dear reader!
We have now finished this week's coding and developing of Amalgamation and we have summarized our progress here in this short news post. If you something is unclear or if you are interested in anything else that's not mentioned please let us know in the comments below.

Animation is required for all great games and has been around for a long time in video games, we are very happy to announce today that we now have support for animation in our instanced renderer. It's currently being tuned and introduced gradually into the already existing parts of our engine. During the coming week we hope to publish an article about our animation system. so stay tuned!

The shield is one of the main modules of Amalgamation as it will (you guessed it!) protect you from missiles and other weapons. The idea was to have the shield work as a sci-fi inspired force field seen in movies. First we created a concept of a shield with a spherical grid of hexagonal plates blocking any incoming damage. The concept was animated and the two main ideas was either to change places on the “magical” plates randomly, but we set for the second choice - to randomly remove and respawn the plates.

The Speed Booster is our newest addition to modules featured in Amalgamation, it will increase your ship's thrust when activated and provide a good amount of additional speed. One thing to note about the Speed Booster is that it is the first module that has a connection point that’s not axially oriented oriented towards the parent socket. Meaning that you will now be able to build your ship in even more interesting ways. 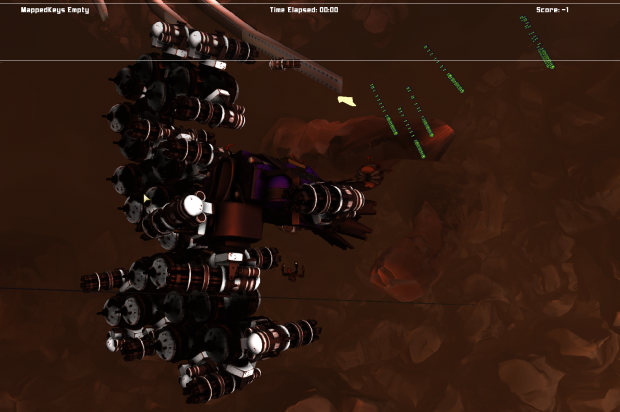 During the week we have implemented a quick variant of SSAO that brings the the environment to a whole other level! SSAO was firsted introduced by Crytek in Crysis and has since been required by high standard engines to implement as it increases the details in the environment at a very low cost. So we are very happy and proud to have such a great Post Processing effect in our game. Hopefully it will be to your liking as well ;)

Gradient mapping was implemented at the end of the week. It is a technique used to combine a base texture with a colour gradient using a masking texture. This technique is for example used in Left4Dead 2 to add a wide range of zombie variations. We’re currently using gradient mapping to change colour schemes on our ships and modules based on the player id. This can be viewed in the following screenshot 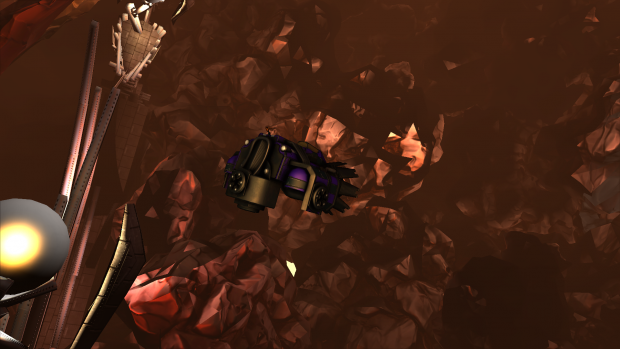 One of our main goals with Amalgamation is to integrate a pseudo level-generation system. By this we mean our main chambers are hand-made and the connection between levels are generated each time you play a new match. This will allow you to have a new experience just through how the creation of levels are made. As of this week we were able to connect two chambers directly to each other, this can be viewed in the video above. The plans are to extend the level generation further the coming week allowing for bigger and more diverse maps.

While we worked on our export / import systems for chambers we found that the current lighting algorithm was not well suited for our current setup of utilizing Blender as level-editor. This lead us to gradually changing our lighting algorithm to one similar to the one used in Blender, please note that light seen in this week’s videos does not contain fully complete lighting code.