Mother said there'd be days like this. This was a pretty easy but grindy 'Eat Your Vegetables' week. I fixed a variety of nagging bugs and got the program into a basic playable state. The goal was to end the week with a basic blackjack game. At this point I can seat human/CPU players at the table and play continuous rounds until the player funds are exhausted. The program computes the correct payout depending on the type of hand played - normal, doubled bet or Blackjack payout and graphically displays the result. 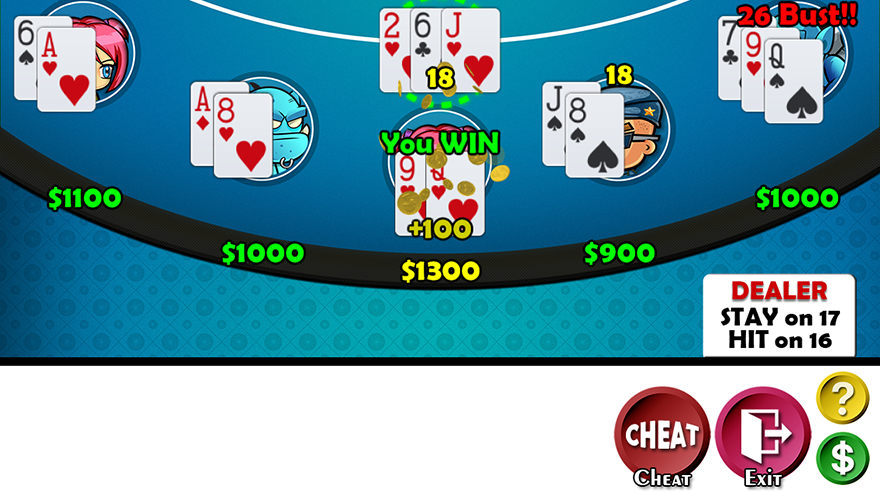 Most of the player info is stashed inside ini files since they are so easy to manipulate in GM:S. I picked up a handy script from the Marketplace that encrypts the data to prevent players from giving themselves unlimited funds. The script is actually pretty sweet since you can code your ini access normally for easy text viewing during development and modify the ini open/close statements and you're done. (ini_open -->> ini_open_protect)

After I had the basic game working I tackled some minor tweaking. I feel the controls and icons are simple enough that most people wont need the text labels but I forced then 'ON' in the first playthrough of the game. I have also placed a pretty noticeable help '?' that always onscreen so that might suffice. 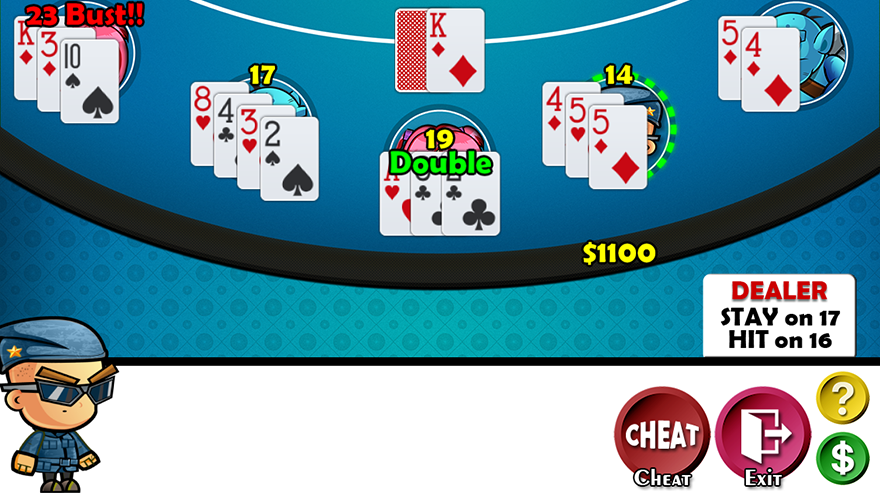 Adding cash to the game really spiced it up for me. Now I can play continuous rounds until my player goes broke. Active player/CPU cash amounts are displayed onscreen and after the dealer plays the hand rewards are distributed. The players new total is displayed and a floating payout shows the addition/subtraction for each played hand. The only thing missing (and I'll be adding it today) is the ability of the player to customize the bet amount. At the moment each bet is $100 and cant be modified. 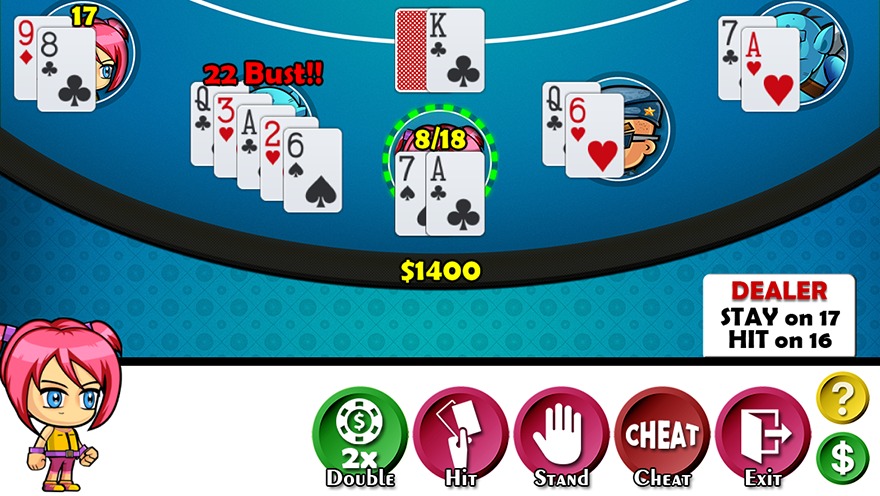 Now that the basic game is finished I can add the portions that take it beyond the typical blackjack game. Next on the list after customized bet amounts I'll be working on the 'store' even though I dont expect the typical player to need it beyond perhaps the 'no-banners ads' IAP. Every 'X' hands played a short video ad plays and the player is rewarded for that. Additionally they can voluntarily share the app/watch ads and/or videos for monetary reward when their funds get low.

Overall not a bad though unexciting week. At the very least I'll have a solid app for release. I've played hundreds of hands and havent experienced any crashing/freezing. I've even debugged the HTML5 version in case I decide to monetize it on a few of the HMTL5 portals (even though this version is mainly for my own remote access). Next week I'm shooting for at least a soft release that has the 'Cheating' mechanic added along with the ad/cash store. So far so good. Now its time to get to the FUN stuff...