Week 6 - Under The Hood - The Mechanics - Expanded CPU AI/Player Controls.

Running a little behind on this project but I can see the light at the end of the tunnel. Between taking a small break and getting stuck on a stubborn bug I almost have all of the core mechanics done for the game. For about a week I was fighting a stubborn text bug that would display a extra "Split" notification when it shouldnt have. It had no effect on gameplay but it became personal and I burned a bit too much time chasing it. Weirdly after I gave up on it and moved forward the bug vanished. Grrrrrrr....... 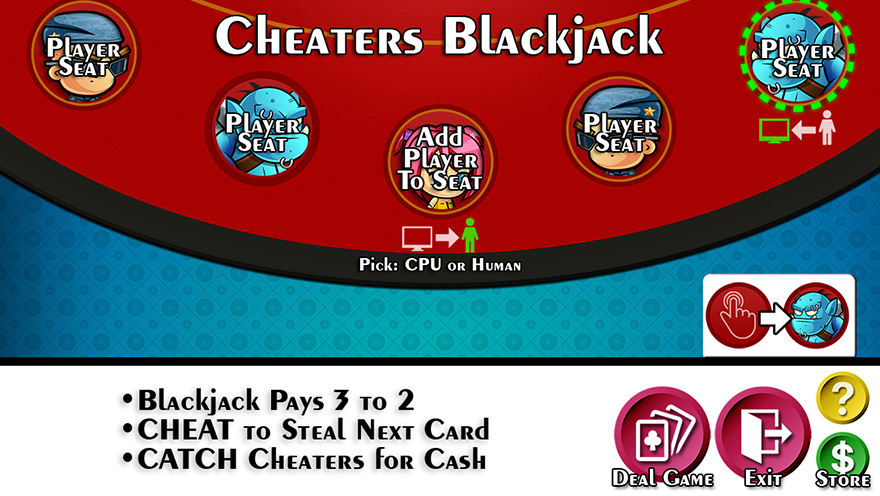 I'm a HUGE Blackjack fan and have been a stickler about the mechanics of the game. I wanted to make sure that in operation the game is pretty seamless. So far the interface makes it easy for the player to seat opponents and the game smoothly moves from player to player. My biggest concern was making sure that the user could "Split" and "Double" hands without issue. I play quite a few Blackjack games and lack of those options always frustrates me so I made sure to implement unlimited levels for each function.

For now the CPU players all play the "Dealer" strategy and hit to 16 and stand on 17. Later I'll be adding options for Easy/Normal/Expert strategy. Easy will probably be the "Dealer" strategy combined with random actions. Normal will emulate the "Dealer" and "Expert" with likely be tied to CPU players using "Basic" strategy. I've researched a few Blackjack strategy systems and Normal/Expert will likely select between those to give experienced players a real challenge. Even at this early stage I'm having fun testing the game and trying to beat the house. (Not easy...) 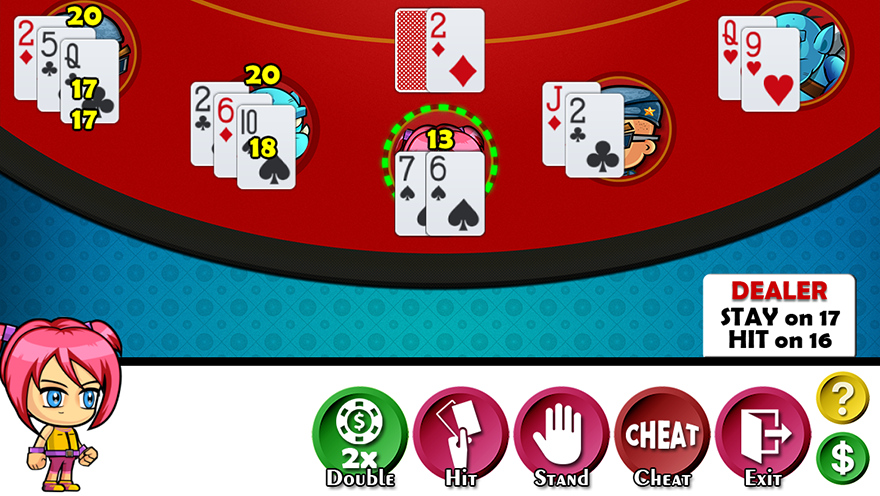 So far the unlimited "Split" portion of the program is working perfectly but I have a small bug when I do multiple "Doubles" in a row. That should be ironed out over the weekend and then I can get to the fun stuff. I'm also considering adding a "Surrender" option but it depends on the screen real-estate available. Initially I created the buttons pretty large to make them easy to use on 4 inch to 5 inch screens and I enjoy using them. The screen doesnt seem cramped and it leaves plenty of room for large player graphics and my eventual Player vs CPU fighting area. In any event so far I'm happy with the result so far.

So far my goal of making the program rely primarily on icons instead of text seems to be working. I have a few friends with android phones and next week I plan on doing some 'cold' testing with them. I'm just gonna hand the app to them and see how they navigate them so far anyone that I've let try it havent had any issues. I would love to expand this later by making this multi-player and allow remote players to sit at the table. For the moment I'm adding global leaderboards for the different game tournaments that will be available. 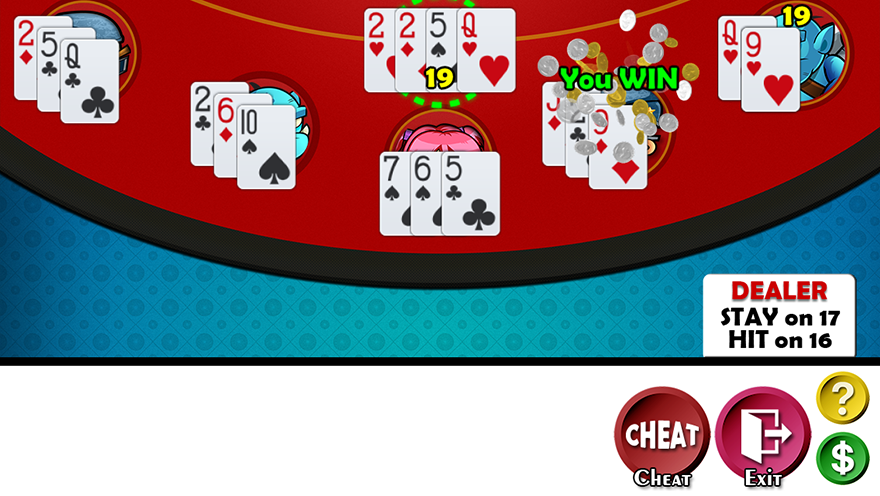 At this point there's enough of a game that I find myself 'testing' it quite a bit so I added 'result' graphics to reveal the final hand status and display a quick coin burst graphics for winning hands. Next on the list to complete basic gameplay mechanics I'll be adding the cash routines. Currently I can play and view the results of a particular hand but I find a HUGE part of the appeal of playing for me is gone if I can't see a running cash total. Its weird how much the betting aspect enhances the game even with all the other components on place. 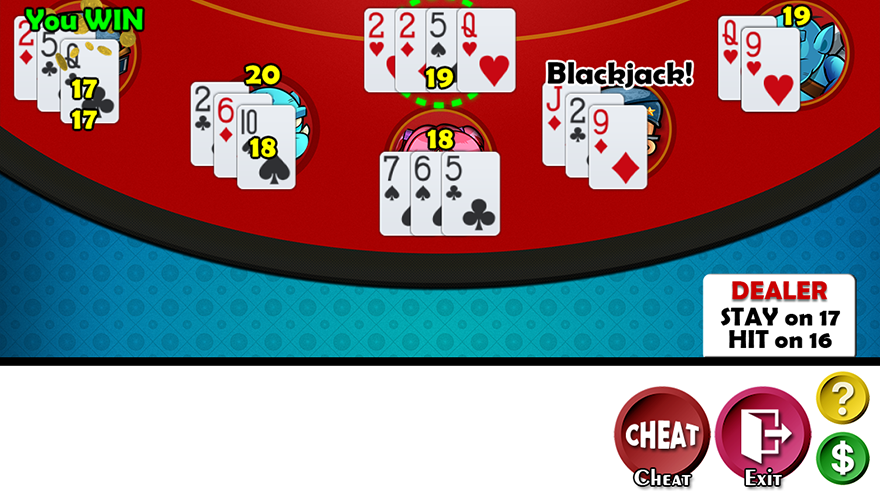 Speaking of ChopperSquad X... (See what I did there...) It continues to climb up the ranks on Steam and is at about 60%. I've been contacts by a couple Greenlight bundles including the popular Groupees Greenlight Bundle. From some casual research I suspect that a well timed bundle promotion could get me over the top but I havent found any data that says that 'X' game moved 'X'% up the chart as a result of the bundle. After I get finished with this game I'll try another push to get the game a little higher up the list before I submit to one. I'd probably feel better about it once I get into the mid 70's.

I'm also a little concerned about how much a bundle could hurt a niche game like mine. From what I understand about Groupees bundle this could take a few thousand potential buyers off the list and I wonder what the eventual impact on sales would be. I'll revisit the subject after I'm finished with this game and done a bit more research. In any event I'll take any votes I can get so if you're on Steam here's the link if you'd like to check it out:

Overall the process has been pretty smooth. I'm hoping that the GameMaker iOS export is as painless as the HTML5/Android and Windows portions are. With GMS 2.0 on the horizon I'm holding out for a decent discount on the 1.x export module. I'm also researching the best ad networks for monitization. There's a number of varying opinions but most conflict on who are the most effective for each of the ad types Banner/Interstitial's and Video. If anyone has any relevant links to newly published data (info goes out of date fast!) I'd be interested.