Welcome to our LARGEST PATCH EVER. Our focus these past four weeks has been on bug fixes, optimizations, and overall improvements to what's already in the game. But just for good measure, we squeezed a couple new toys in there, because WHY NOT? Let's take a look!

Posted by bscotchshenani on Nov 6th, 2019

Hey, Levelheads! Welcome to our LARGEST PATCH EVER. Our focus these past four weeks has been on bug fixes, optimizations, and overall improvements to what's already in the game. But just for good measure, we squeezed a couple new toys in there, because WHY NOT? Let's take a look!

Many of our level builders have been making levels with a sort of "check-in" spot, where the player could re-save their progress each time they returned to the same location. But previously, the only way to do this was to place two BUDD-Es (checkpoints) side by side, which took up a lot of space and made a lot of noise. So we fixed that, by introducing a new style of BUDD-E!

Now, you can toggle whether your BUDD-E is reusable. Reusable BUDD-Es gain a blue tint and have round protuberances on their heads, so you can tell them apart. If a BUDD-E is reusable, every time you re-touch it, it will save the level state at that moment -- even if that BUDD-E was already active!

Plus, we changed the color of the BUDD-E's face from green to cyan, which so far has worked out great, and we haven't gotten any pushback at all from our players on that one. Nope. Not even a little bit! It's just been... Just smooth. Smoooooooth sailing.

As soon as we added weather to Levelhead, we knew we wanted to add some way to control the weather. Thanks to Levelhead's switch system, we had an easy way to do it, so we just needed to find the time! AND THIS PATCH, WE DID!

Now, you can drop a Weatherbox into your level, which will allow you to control the weather via switches! Want to start a sandstorm when the player leaves a cave? Or have the sun come out when the player clears out all the enemies? Weatherboxes give you control over that FLOOOOW.

Speaking of having cool things happen when the player achieves something... What about MUSIC? 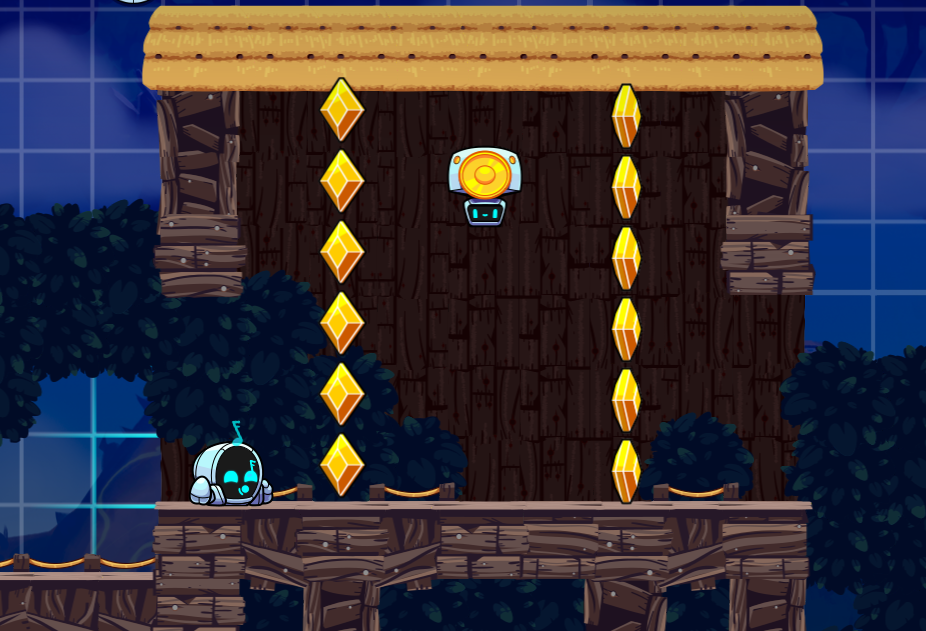 We now have JINGLEBOXES, which are little one-tile, invisible items that you can connect to switches to have little jingles -- short songs -- play when events occur. Want to celebrate the player finding a secret room? Or perhaps celebrate the player making a huge mistake by taunting them with a sad song? Now you can!

Switches got me in Stitches

Key Doors and Key Chests have always kind of lived in their own little key world, doing key stuff and generally not participating with the rest of society. But we reached out to the Key Embassy and sat down with some of their Key Diplomats and Key Personnel. We talked about Key Performance Indicators and brought up some key talking points, and eventually, we found the key issue.

Now, Key Doors and Key Chests can send a signal when opened! That means you can directly tie level events to the usage of a Key Card, without needing some kind of elaborate Key Switch contraption. In conjunction with the Jingles, this little feature opens up a lot of fun "secret reveal" and celebratory opportunities.

Just yesterday we got our first translations for Levelhead in Japanese and Korean, so we added it to the game! 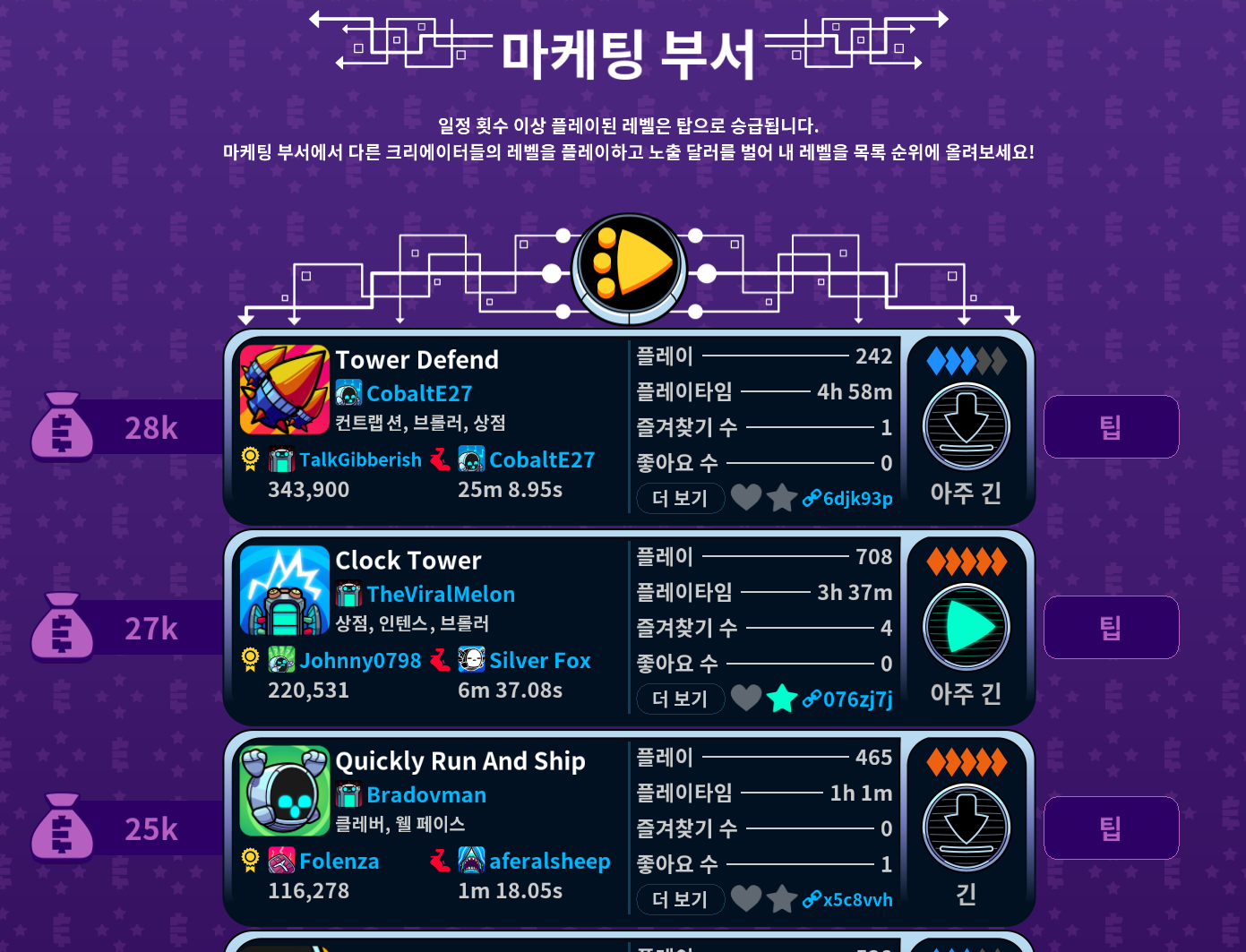 This is a FRESH translation, so we want to hear from our players about things we can do to improve it. We've already heard that our Name Combobulator needs a lot of work with Japanese, so we'll be figuring that one out. But we want your feedback! FEED US YOUR FEEDBACK!

Mostly because we can't read this stuff. What even is this? WHAT AM I LOOKING AT?

Fully half of the changes that have gone into this patch are fixes to existing systems, and most of the other changes were general improvements or rebuilds of game systems that were misbehaving. We scoured the whole thing from top to bottom and put time into some of the more elusive bugs that have been causing our players (and us) headaches. Some of the greatest hits from this patch include:

Aside from all the fixes, we also put time into optimizing the game by profiling which items were using unnecessary CPU, and we trimmed the fat on all of those items. Overall, you should notice frame rate increases in just about every scenario. So... that's nice!

The next patch will come December 18, since Adam (the web programmer) and I (the game programmer) will be out for two weeks around Thanksgiving. The focus of this next patch will be making the campaign more robust and interesting, and making it an overall better experience for new players to get introduced to the game. I don't want to spoil the surprise, so I'll just LEAVE IT AT THAT!