Today marks the beginning of our weekly Verdun update series “Weapon Wednesday”. In each episode we will tease upcoming content, talk about the status of development and provide a little history behind the content.

Welcome to the first of many Verdun weekly updates!

Almost every day since the addition of the canadian assault squad in October of last year, there has been a request through steam (or facebook) for the Ross rifle; driving some community members to near-insanity. Well those days are over. Today we introduce this extremely controversial rifle: The Ross model of 1910 Mark III. 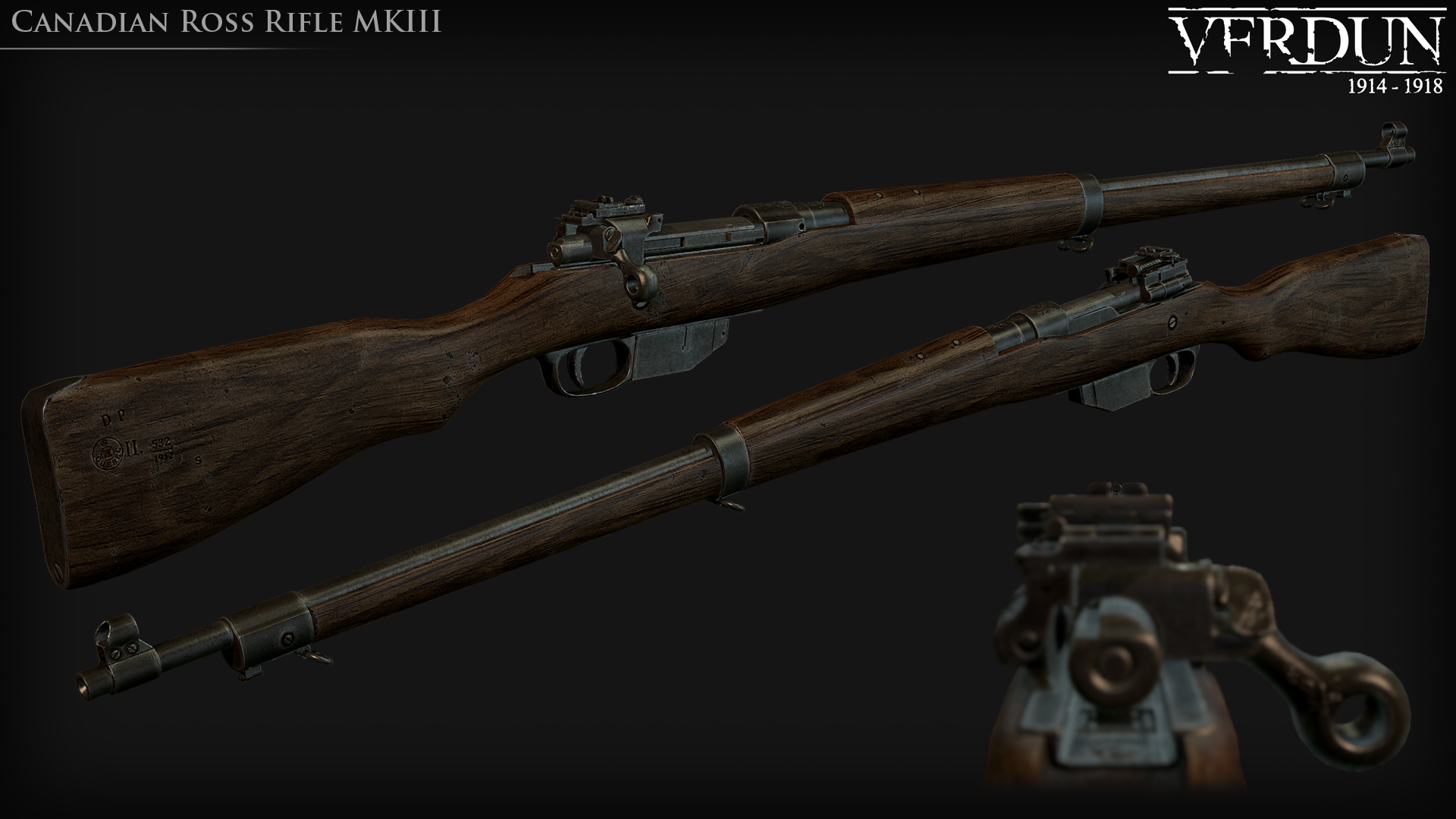 The Canadian Expeditionary Force (CEF) was equipped with the Ross as they embarked for the western front in 1915. This was despite the British push for standardisation of the SMLE rifle across the empire. Exposing the Ross to the trenches of the western front (especially in the muddy Ypres salient) made apparent that this rifle, which was otherwise an excellent and accurate rifle, was very much so unsuitable for trench warfare. By the time the Anglo-French offensive at the Somme started all of the Ross rifles were replaced by the SMLE. After its replacement the Ross rifle was designated for training purposes, but sometimes saw use as a snipers rifle.

In the game this rifle will reflect a similar role, as the Canadians have a weapon specialist which will be able the use this weapon. In addition it will be one of the more interesting weapons in the rifle deathmatch and attrition game modes as it is a straight-pull bolt-action rifle (meaning that you only need to pull the charging handle backwards instead of rotating it up first).

Alongside the production of new weapons, we are also giving some of the existing weapons a facelift. One of the recently altered weapons is the German MG08/15. It received a total Physical Based Rendering (PBR) overhaul, smoother edges, and in general much more detail. Most importantly we added the correct ammo belt which will be fully animated in the final product. 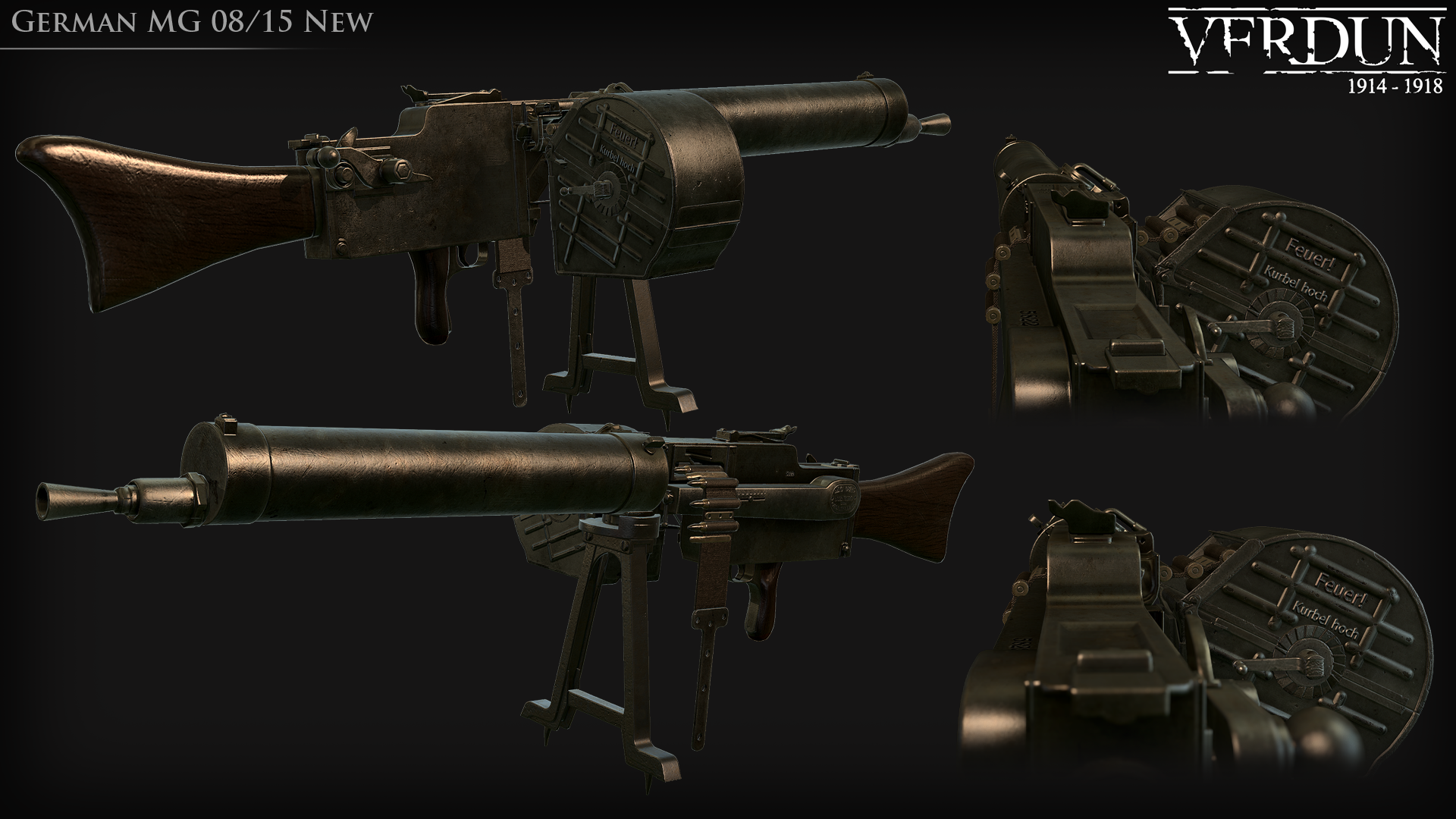 On all fronts the game is advancing. At this very moment several programmers are looking into the overall performance, which is already yielding some nice results. We are also looking at a potential engine update which could result in 30% less load on the CPU. In addition to the new weapons being produced we are dealing with a total overhaul in first person weapon animations. These will look a lot more fluid we hope to introduce these within the next couple of weeks. Work on Level Design is also being conducted, and hopefully we will be teasing some of this soon aswell.

The week past has seen 2 patches go live. The first of these being the long awaited summer update to the game introducing among many other things the new gamemode attrition. Secondly, yesterday we pushed another hotfix to handle some of the pressing issues resulting from the update. Mainly regarding spawning in attrition and the first of a series of patches to help with MG deployment fixes. The full changelog can be found here.

That will be all for this week. Oh, before we forget, do stay tuned for next week’s update - we have some explosive little surprises in store.