What did we do in the last couple of months? We didn't (only) party ;) Our first major success at the 'Deutscher Computerspielpreis 2016', what happened at and around the award ceremony and our plans with Lost Ember - read about it here!

as you already noticed, it has been very quiet around us for the last couple of months. But it has been quiet for a reason, we have devoted all of our time and energy to the development of Lost Ember. We have made some great progress with our Vertical Slice and can’t wait to share it with you. We will release some of this material during the next weeks and months, so be sure to come back frequently ;) And if you don't want to miss out on anything, be sure to follow @MooneyeStudios on twitter!

But the last months have been very tough times as well in which we fought literally for our survival, caused by unexpected high bills or clients who all of sudden were unable to pay. Nevertheless, we did not give up and by working some extra shifts during the weekends (with more contract jobs) we managed to get Mooneye Studios back to a stage of financial stability. All of us have now part time jobs which provide enough for a decent living, so we still have the luxury to be an independent studio and develop the game exactly as we want it to be. Of course all the contract work and part time jobs take up a lot of time and energy and that leads me to our first big announcement: we will start a kickstarter campaign in a few months to be able to devote all our time and energy to Lost Ember! We already started preparing really awesome material to share with you guys during the campaign, it's gonna be awesome :)

And on to the next announcement: this year we celebrated our first major success and got nominated for the German Computer Game Award. Out of almost a hundred participants we won the second price in the category best newcomer. We are more than happy and feel very honored to win this price. Not only that we have more financial security with the money (it came with a 25k € check), it is also the fact that people love our work that makes us proud and happy. 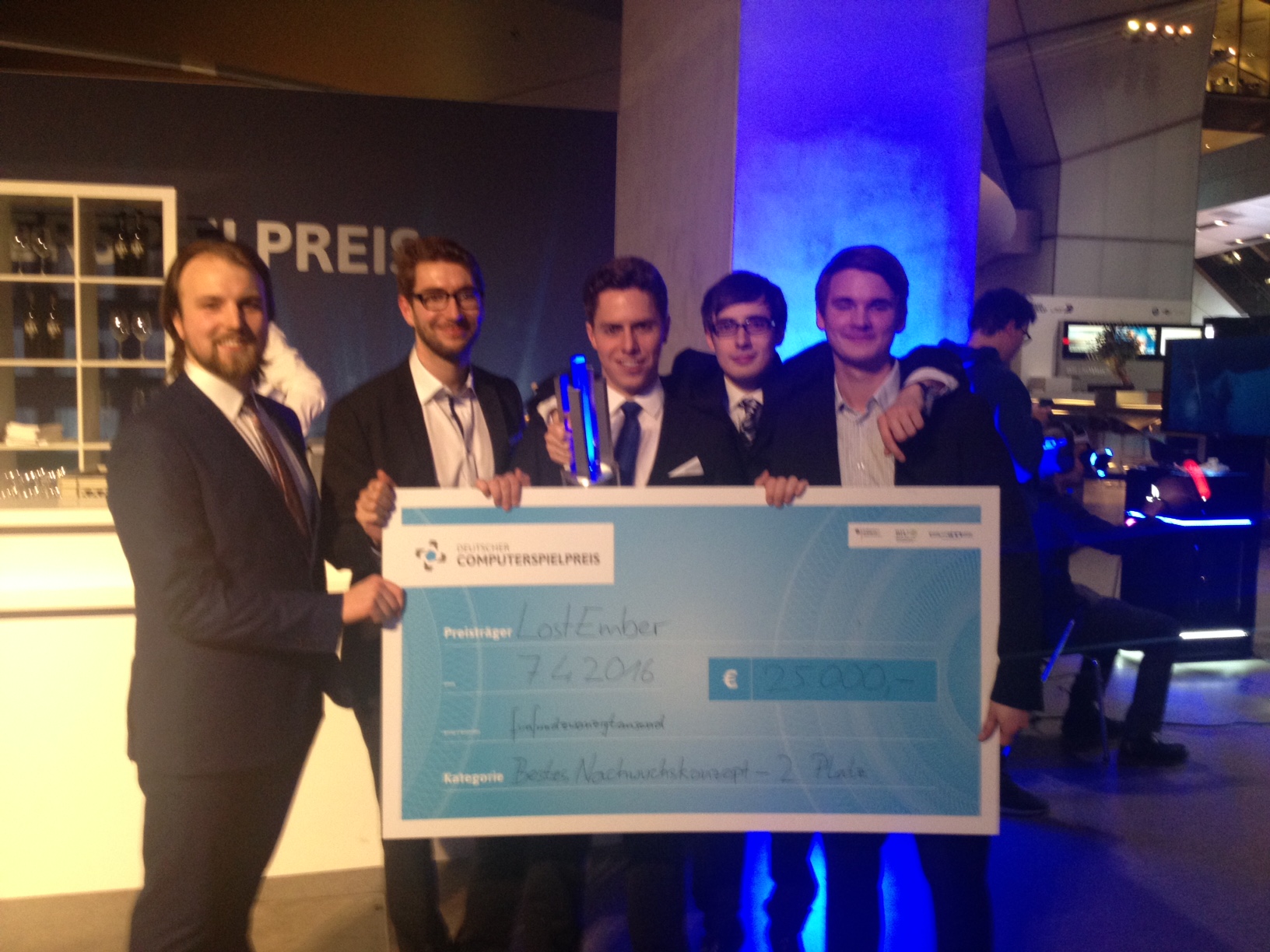 After the award ceremony we did what all winners do and celebrated our victory with a drink or two (three, …) at the after-show party. Somehow we still managed to connect with some very interesting and cool people so we had an awesome time at the event and can’t wait to come back next year.

Winning this price brought also the advantage of press coverage and the night prior to the Awards we got invited to an interview by Piet Smiet, a group of germany’s most famous Lets Players. With more than 10.000 gamers watching this event live, we were a bit nervous, but the guys from Piet Smiet were fantastic hosts so we had a lot of fun during the show and the feedback was overwhelming. In case you missed the interview: Twitch.tv 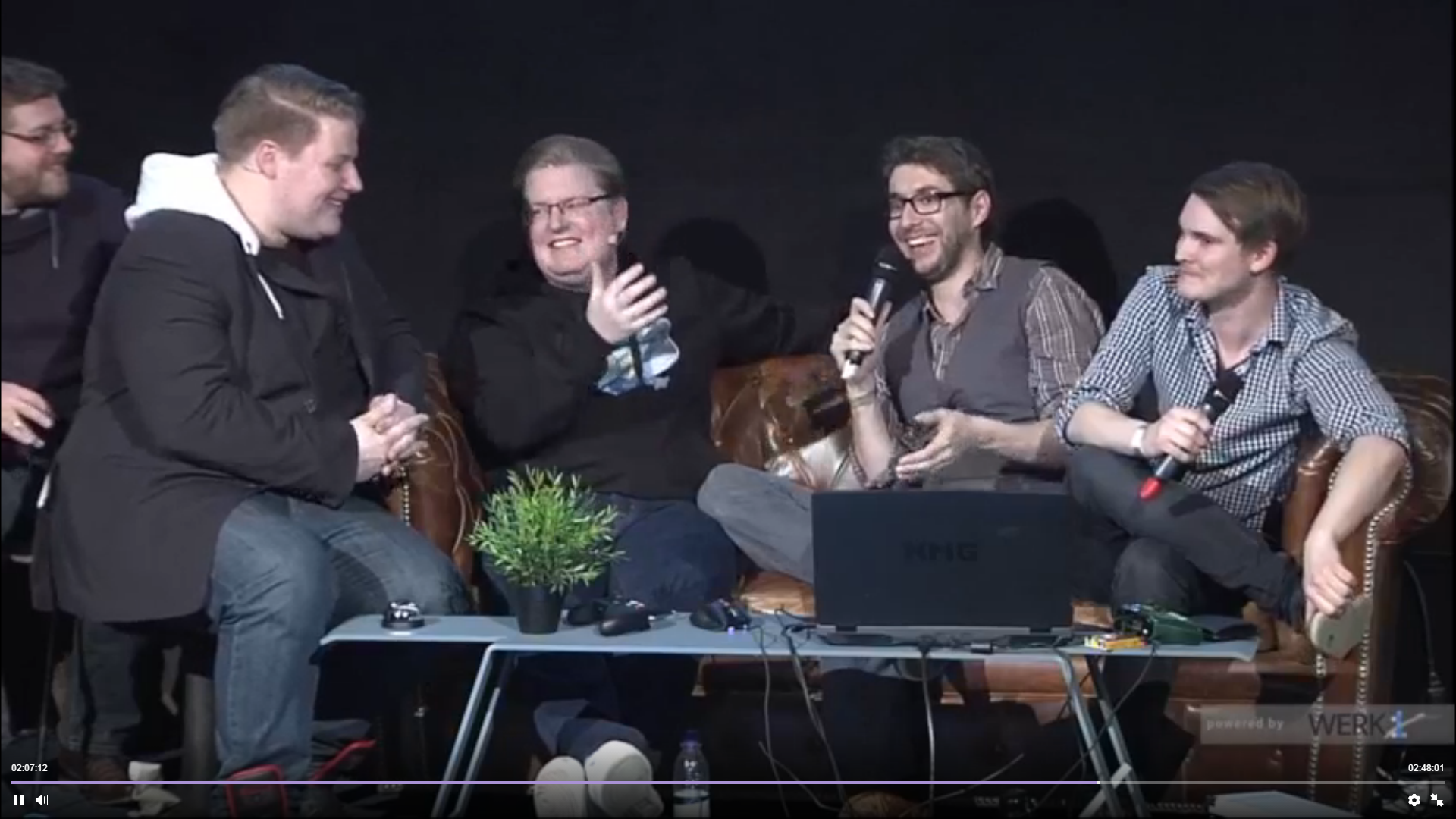 Furthermore Giga Games (Giga.de), wrote an interview about us and the other nominees.
We also got a visit from ARD Mittagsmagazin in our office which you can watch online as well (Ardmediathek.de) 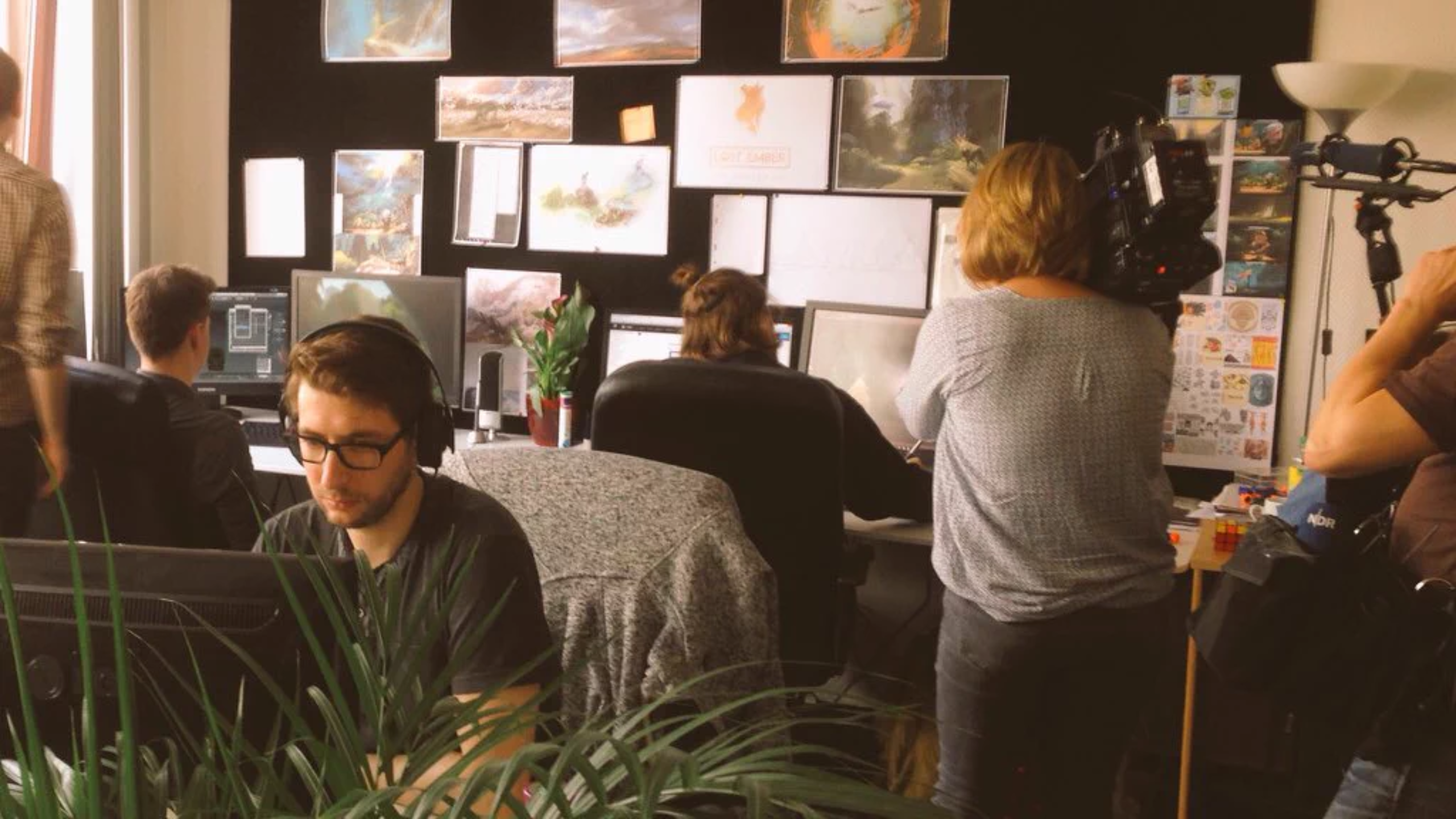 After so much attention we are even more motivated than before and can’t wait to show you more of our game. So what is our plan for the next weeks? As mentioned before we are looking for a stable funding and plan a kickstarter campaign around August (probably), as soon as our vertical slice is finished. In the meantime we will provide you with more information on Lost Ember, screenshots and videos and give you more insights in the development and our team. So make sure to keep an eye on our blog at www.mooneyestudios.com/blog because there is a lot going to happen!