Post news RSS We are now officially SKAR: The Unknown!

Today's update is not only about new title - SKAR: The Unknown - but also about few more updates. We heavily improved the shield generation system which now adds react effect over player's head. Another update feature better head textures and blood effects.

Thank you for checking new update for fast action FPS SKAR: The Unknown!

SKAR is FPS in development made for fast action, lots of blood and hordes of enemies to wipe out. Current version has weapon system, head system and controller ready. Next update will bring first creature - Minion.

Space Marine #514 in video you see uses shield generation device made by Earth Defence. This shield adds strong layer of energy around the person who wears it. It's a lightweight device inspired by Space Battlecruiser's shields that are powered by plasma energy. Current device uses its own power that can self regenerate, but is limited of its power. It can withstand limited amount of damage. When you take too much damage it just turns off to regenerate again. Space Marines wear it as regular equipment.

Shield is stable when its fully charged. You can see that all hexagons are in place. 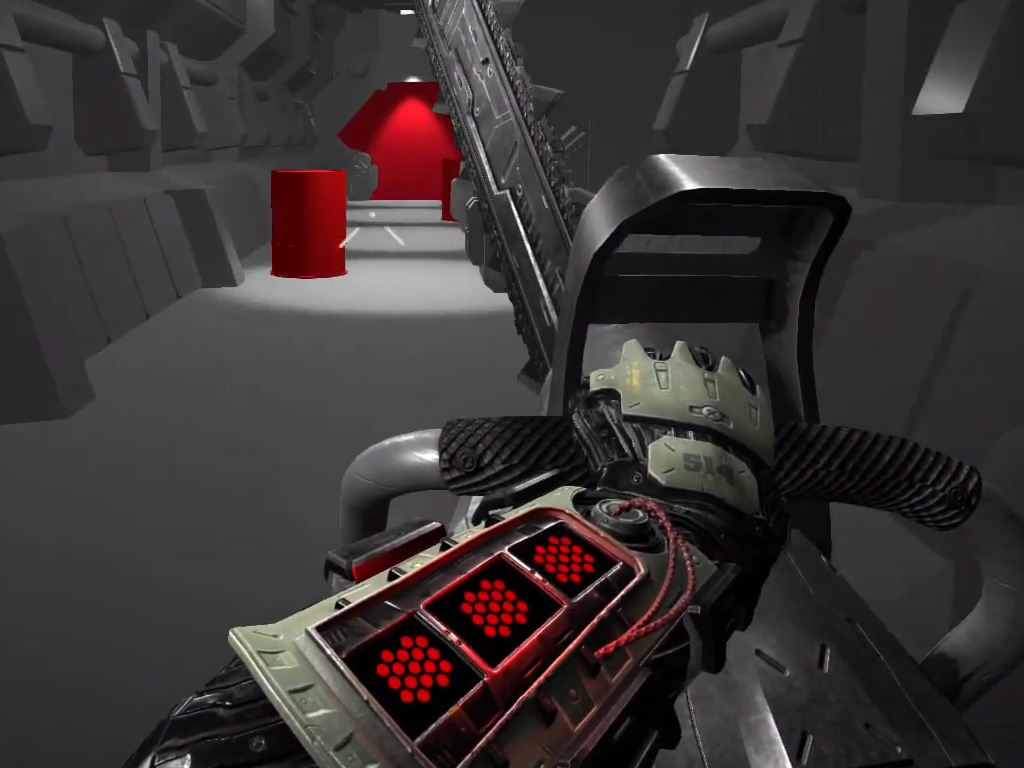 When you start taking damage, it will first use Shield to protect your Health and Armor. 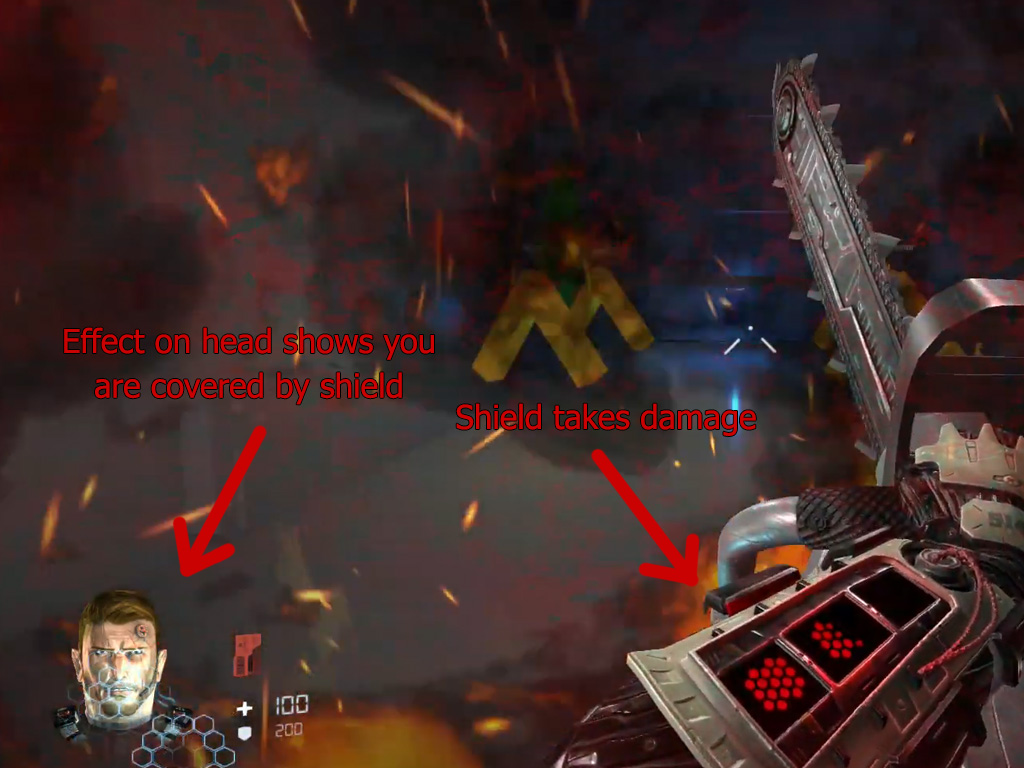 Watch enclosed video to see it in action!

So now what? You took damage and Shield is lowered.

When you step back for a few seconds or just defeat you enemies without actually taking hit into your Health or Armor it will start to regenerate. Red shield hexagon indicator will start building up again until it's fully charged.

We are constantly working on the animated head since we see it as an important aspect. We took inspiration from older FPS games where we loved it.

It will react on many events, but more importantly it works as a fast indicator how healthy you are. There is few "blood phases" during which you can see how close you are to death. 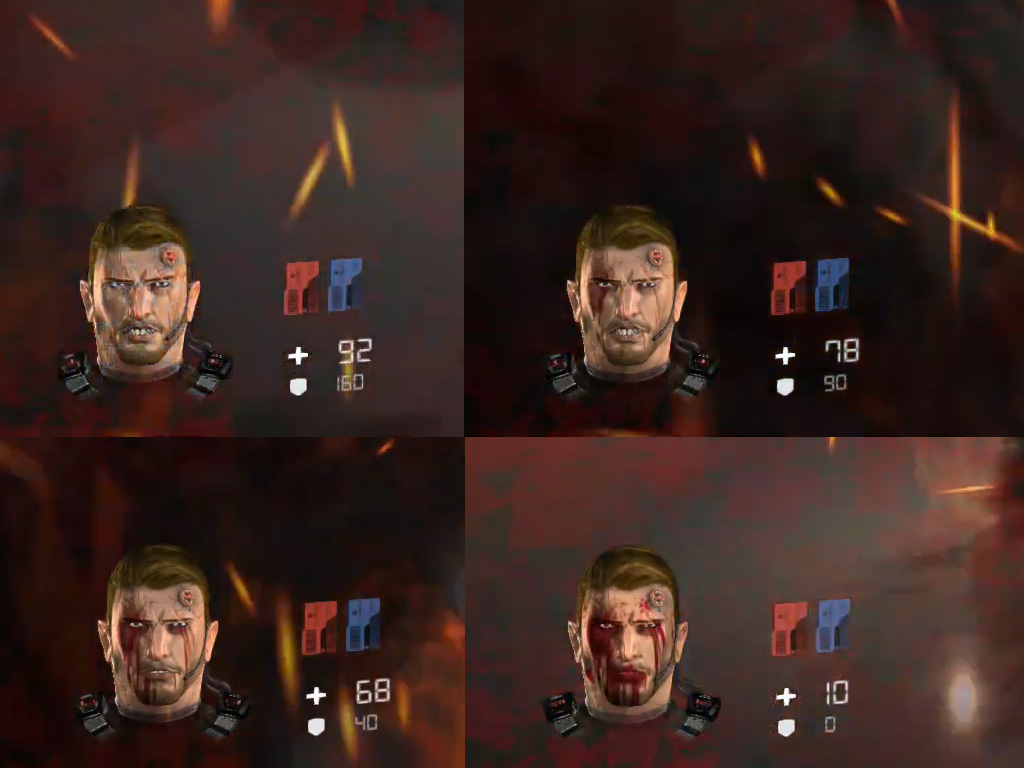 You can notice that the Space Marine has a implant in his head. To withstand harsh conditions of the space all Marines need to wear some kind of implant that improves their overall Health. You will be able to change the implant to utilize different bonuses depending on your needs. You will be able to find implants hidden in Labs. 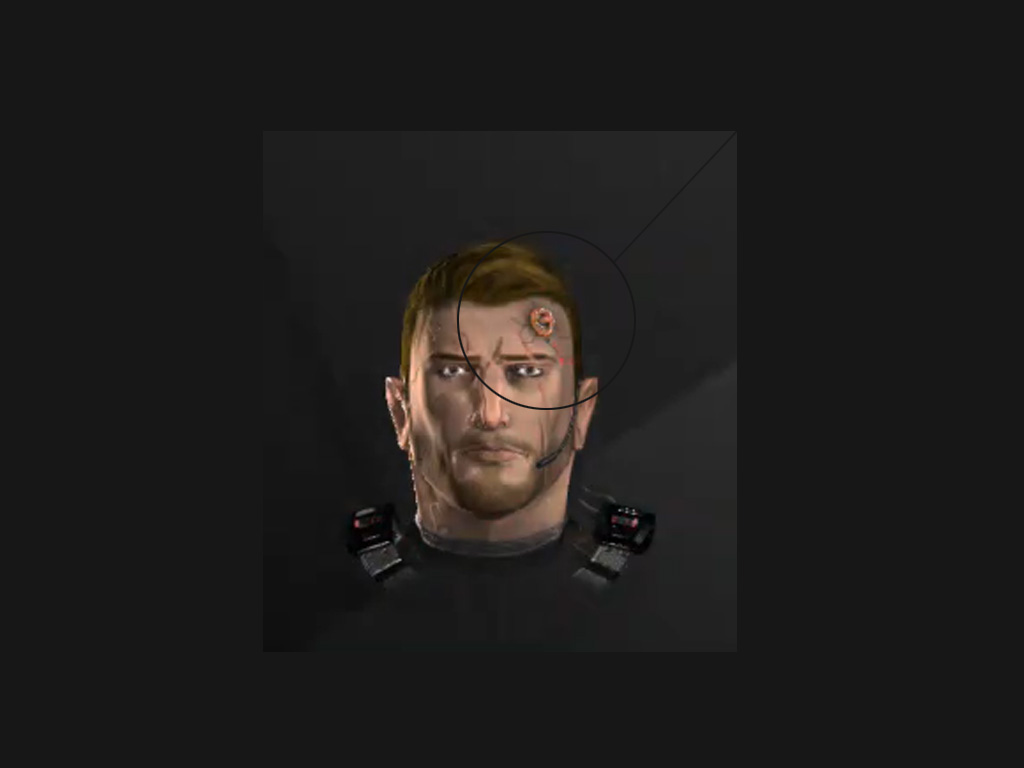 Just press SHIFT and you can run faster by 100%. Why to be slow, right? Good for advanced players, longer jumps and faster movement around the location.

If you like the game, please hit FOLLOW - We will offer crowdfunding campaign to buy your copy of the game when the demo is ready.

Join my PATREON: Patreon.com and support development of my super games!