Brings you a reworked level, model and some bugfixes

First, new level. Done using Unity Terrain Toolkit and looking better than before, but somewhat empty. That is because I am not sure if it will work better than more or less flat terrain with some models blocking the view. And maybe I will switch to World machine 2.

Next, new model for earth elemental. The last one looked a lot wimpy for something that is supposed to be a tank. I hope the new one looks a bit more tankish :)

As for the bugfixes, the major one fixed is resending code that should work correctly and the game should be playable to the end. That is good news, isn't it? :)

And if you want to try the multiplayer then I will wait in the game for anybody who would like to play for next hour. And you should want to try it if you are interested in this game because right now, without any bots, it is purely multiplayer game. Oh and at the moment I have 22 Dota 2 invites that I have no use for, so I will give them away to anyone who will play one round with me and then send me the number that will show itself after playing one round. I would prefer someone with Phenom 2, Core i5 and other newer cpus. 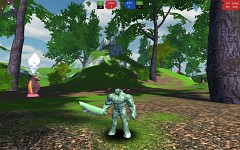 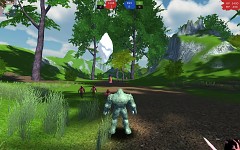 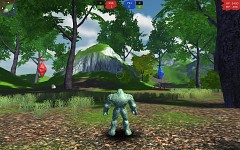 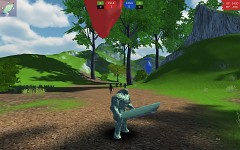 Downloading this when I get home tonight