New version is up and brings you more powerful towers and one little feature.

Towers get more powerful as you get closer to the enemy base so it won't be that easy to destroy them as players level and gear up.

Projectile attacks right now are not projectile attacks even if it may seem so. They are hitscan so aim directly at target. The other change is that attacks get visualized even if you have missed.

And that little feature is.. Ability to respawn at the place where you got destroyed. Only once per few minutes and you pay for it in gold but.. you know.. what killed you should still be close by.. and revenge is sweet, isn't it? :P 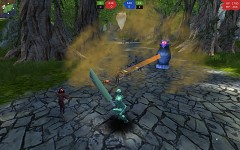 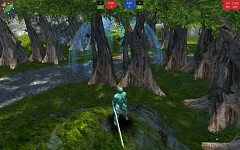 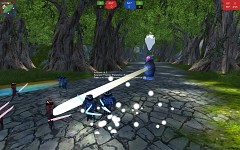 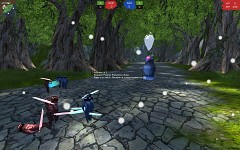